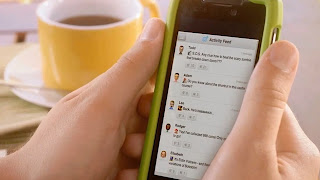 The Wii U is starting to close in on its first year anniversary on the market, and sales figures aside, it has earned itself a dedicated following courtesy of games like ZombiU and Pikmin 3. One of the biggest features of the console was always going to be MiiVerse; a social network that Nintendo built from ground up exclusively for people with Wii U consoles.

So, now that it’s been around for a year, has MiiVerse achieved what it promised and become a melting pot of a community for Nintendo gamers to discuss games and share ideas?
I’m still not sure, to be perfectly honest. I’ve been using the community since the Wii U launched, and it has problems. It’s not just that it doesn’t compete with the Twitters and Facebooks of the world; it’s a more basic reality that the functionality of MiiVerse is too limited for its own good.
The ultimate goal of a social network is to bring people to come together and network – hence the name “social network.” That means that they should be able to share links, have conversations about whatever they like, and meet with like-minded people.
I’ve had posts deleted because they feature a link to websites (including this one, and I can assure you, there be no porn here). It’s difficult to have free conversations when the community is limited to comment in topics that are tied to game releases.
In the months following the launch of MiiVerse Nintendo has recognised this and has opened up discussion forums for general conversations – such as a Zelda general conversation thread. It’s good, but Nintendo should understand that even Nintendo fans have interests outside of gaming. Sure they can meet on MiiVerse and then take the conversation elsewhere, but that’s not exactly an encouragement to keep using MiiVerse.
Then comes the fact that Nintendo has limited new comments on MiiVerse to one every five minutes. Now, to be fair that has helped to curtail a certain penchant for spam on some of the communities for more niche interest games, and people are still able to reply to other people’s comments as much as they like, but there have been plenty of times I’ve had legitimate desire to post comments faster than that – I’ve wanted to leave comments on two or three different games in a brief couple of minutes before I head outside or go off to bed, for instance.
The other great issue that I have with MiiVerse is the fact that doesn’t integrate that well with most games. It’s a fairly clunky process at the moment to drop into MiiVerse while you’re playing a game to leave a screenshot or comment. There are signs that this is changing though, as Nintendo has shown that in-game MiiVerse comments can work well; Pikmin 3 and Art Academy SketchPad both make great, native, use of MiiVerse. It’s good to see that Nintendo is still actively looking out for ways to expand the scope of the network and how it works on the console.
One other area that Nintendo has picked up significantly is in broadening access to MiiVerse. I love the iPad and iPhone app, more than the Wii U version, in fact, because it includes some more standard social network features like Facebook and Twitter integration. If Nintendo could broaden the service to the 3DS as well and bring in a much larger group of people to the rather small existing Wii U community, then there’s hope for MiiVerse to blossom into something more significant in the future.
For now, though, it’s unfortunate but the app is still closer to a gimmick than something truly critical to the Nintendo experience.
Share this