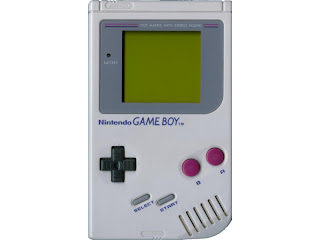 The 3DS has had a Virtual Console service for quite a while now, and has steadily built up a substantial library of NES, Game Boy, Game Boy Color and Game Gear games. For someone who has only recently picked up a 3DS it can be difficult wading through the catalogue to find that “must have” game to play next.

That’s why we’re here! Below are 10 of the very finest games available on the Virtual Console. Some are obvious choices, and others may just surprise you – one of the best things about the 3DS Virtual Console has been finding some classics that you might never have had a chance to play when they were originally released.

The Legend of Zelda: Link’s Awakening – This Game Boy classic is one of the finest games in the series – impressive given how limited the technology was at the time. The Game Boy Color version threw in some extra features (as well as a simple but effective colour scheme over the monochrome Game Boy original), making it even better value and a truly essential game for anyone to experience. Even if you’re not into retro gaming, Link’s Awakening holds up remarkably well now.

The Legend of Zelda: Oracle of Seasons/ Ages – Yes, this is two titles, but they’re fundamentally the same game so I feel justified throwing them in together. Oracle of Seasons and Ages are a rare breed – a game that belongs to one of Nintendo’s franchises, was not developed by Nintendo, and yet comes so very close to the quality of Nintendo’s own work. These two games might not quite match the brilliance of Link’s Awakening but it’s the same Zelda formula that has enchanted fans for years, and it’s a cheap, cheap purchase on the Virtual Console. 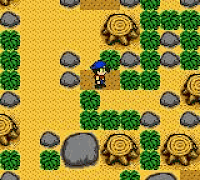 Harvest Moon – Harvest Moon games will never stop being fun. Even the most simple examples of the series, like this one. This is a Harvest Moon that is all about the farming – there isn’t even a town to explore, but you know what? That slight change of focus away from the social side of the other games in the series makes this Moon a unique game. It’s not something that you’ll play for hours at time perhaps, but you’ll keep coming back to it for an in-game day here and there. And primitive as the Game Boy Color’s graphics chips were, this game looks adorable. 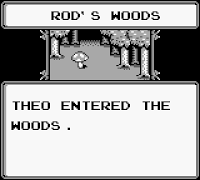 Sword of Hope II – This might not be the most well-known game on the Virtual Console service, but as one of those hidden gems, it’s one well worth discovering. It’s a very traditional, Wizardry-style RPG, complete with massive difficulty spikes, incredibly-regular random encounters, and more screen space dedicated to menus than art work, but that authenticity also makes the game incredibly appealing to people who have fond memories of the early days of RPG gaming. Of all the games on the list this is probably the one that is least recommendable to everyone, but if you’re in that niche that enjoy old RPGs, make sure you grab this one. 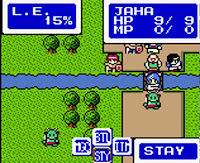 Shining Force: The Sword of Hajya – Games like Fire Emblem have made tactics RPGs very popular indeed with Nintendo fans, and those looking for similar action might want to check out Shining Force. Naturally the plot is far inferior to a modern Fire Emblem, but the core gameplay is there and compelling, and for an old game there’s an impressive length to it and a nice range of character and enemy types. One of the least limited retro games you can pick up on the Virtual Console in terms of the gameplay, even if it looks dated by today’s standards. 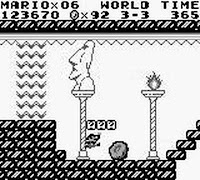 Super Mario Land – Of all the Mario games that Nintendo has ever developed, Super Mario Land is the most unique. From the little touches – such as the fact that the fireballs bounce off the screen rather than across the screen as happens in every other Mario game ever made, to the big features such as the submarine and plane levels, Super Mario Land is different, and because of that it’s worth experiencing again. There’s a reasonable challenge involved in the game, and finishing it once opens up an even harder mode, and there are enough levels to keep people busy for some time. 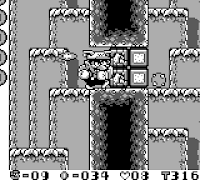 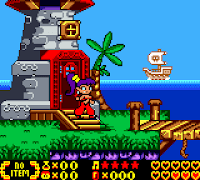 Shantae – The best 2D Game Boy Color platformer that wasn’t made by Nintendo, Shantae is one of Wayforward’s most notable early efforts. Combining a likable leading lady, some wonderful settings and a killer soundtrack (despite being on the most primitive of sound chips), Shantae is a big, bold game that is fondly remembered even now for a very good reason.

There’s also the simple fact that the physical copy of the game runs at over $100, so picking up the eShop version is a massive saving, and you still get to play the game! 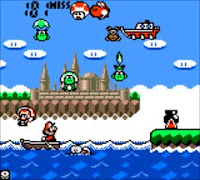 Game & Watch Gallery 2 – Game & Watch games are worth playing simply to understand where Nintendo game from. Sure these games are so primitive now that many would call them “boring” or “unplayable,” but back when they were a big deal having a Game & Watch game, and taking it to school would wow your friends and generally make you the coolest nerd in the class.

Game & Watch Gallery games do a really great job in adding production values to some of the classic Game & Watch games. There’s some modern gameplay quirks to make the games that little bit more interesting, and the graphical upgrades add a new level of charm to the classic LCD designs. For people who like chasing high scores, Game & Watch Gallery 2 is the finest Virtual Console game you could buy. 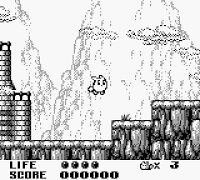 Trip World – It wouldn’t be a top 10 list without a bit of controversy, and Trip World is going to be the controversial recommendation I throw in here. This is a virtually unknown game, and many people criticise its relative brief length or some of its other gameplay quirks, but for me the game’s charm more than compensates for those issues. Trip World has an adorable lead character and some exceptional music… even the backgrounds and environments are more detailed than should be possible for a Game Boy Game! Style over substance? Perhaps, but Trip World won me over, and it might just do the same for you.

So, what Virtual Console games would you recommend?

The weekly discussion: Come say hello in our forums!