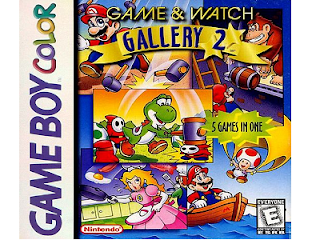 Game & Watch Gallery is still one of the best value downloads on the 3DS Virtual Console. Perfect for short bursts of play and backed by some especially strong Mario-themed remakes of the classic LCD minigames it’s a game that has remained high on my rotation.

The sequel feels like it was taken from the B-list of Game and Watch list, and just like how you can’t hire B-grade actors and expect a Hollywood blockbuster, Game & Watch Gallery 2 looks lovely as a Game Boy Color (rather than greyscale Game Boy) game, but that prettiness hides some very strange decisions about which games to feature. 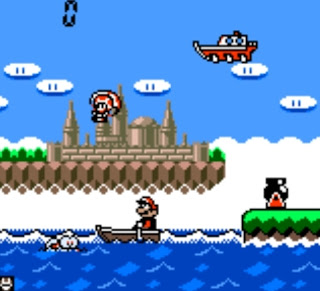 This time around there’s Parachute, Chef, Helmet, Donkey Kong and Vermin. Ball is also available as an unlockable for playing well. Donkey Kong is a high enough profile game sure, but compared to Manhole, Oil Panic and Fire the difference between this lot, and the last one is light and day.

What’s worse is that these five games are up there with the easiest of the Game & Watch field. There’s not much point playing beyond 1000 points in each game, as a star (the awards system that unlocks the in-game bonuses) is awarded every 200 points, and the maximum is five stars. So, unless you’re keen on beating your own best scores, the general ease of this lineup of games means the experience is over quickly – more quickly than the previous game which at least had the likes of Octopus to frustrate and encourage perfectionists.

Nintendo did try and spice them up with the remakes that sit alongside each game and there’s a lot of Mario charm crammed into the basic processor that the Game Boy Color had. Parachute, especially, is adorable. Despite being a poor man’s Fire, the remake has you catching cute Yoshis and Toads before they land in the water accompanied with a cheerful little music tune that’ll have you coming back for some more. 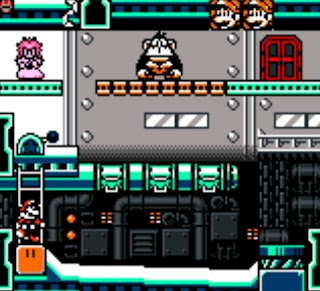 There’s also a genuine effort to update the gameplay of each game, too. Helmet requires Mario to now not just run from one end of the level to the other, but to also jump on the classic ‘P’ block and collect a few coins on the way. Vermin gives Yoshi the job of defending a circle of his eggs, rather than being played out on a “2D” platform. It’s just enough of a spin to give the games a new feel, and more-or-less make up for the comparatively dull classic game recreations.

I still recommend the DSiWare Game & Watch recreations for people after an accurate recreation of Nintendo’s classic handheld series. The games in these collections are approximations or remakes of the games us oldies loved. But if you loved the first one of these on the Virtual Console, this one is a safe bet, even if the games aren’t as compelling this time around.