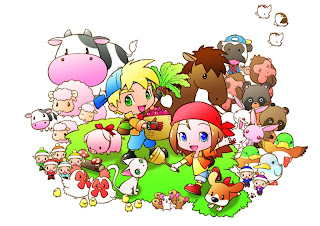 Of all the Game Boy and Game Boy Color titles that we’ve seen released on the Nintendo 3DS to date, Harvest Moon is the one I have been looking forward to the most (well, that and the Final Fantasy Legends trilogy… Get to work Square Enix).

Why? Because this is the kind of game that just never ages. The Super Nintendo original is one of my most heavily played Wii Virtual Console games. This Virtual Console game will likely be my most played 3DS game in months, as it strikes the perfect balance between offering a nostalgic thrill while still remaining fun to play today.

One of the interesting quirks about this game is how streamlined it is. In other Harvest Moon games, even that SNES original, players needed to play a social game as well; chatting with townsfolk, finding a wife, playing through a story. That doesn’t really happen in this Game Boy Color title. Yes there are a few vague references to stuff happening outside of the farm, but the nearby village is nothing more than a menu, and you get the sense that having other people to chat to would be a distraction in the player’s daily activities. Given that time is scarce in this Harvest Moon and days are over in just minutes, this is simply not the game for little Johnny to waste time doing anything but sowing seeds and brushing down animals. 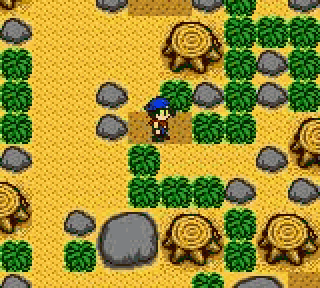 Far from being a problem, I actually appreciated the chance to get back to the very core of the Harvest Moon experience. I have felt at times the modern games in this series have pushed the boundaries a bit too far for me to be able to simply focus on the farming and… well there is Animal Crossing and Rune Factory for that non-farming stuff. One of the biggest pulls of this Virtual Console game will be for anyone who would like to simply grow and sell turnips. It’s like FarmVille, but without the microtransactions.

Everything looks bright and happy and though the music consists of around four notes that are looped ad nauseum those four notes veer closer towards the infectious than irritating. The Harvest Moon series has always understood the power of cute and cheerful over AAA-blockbuster production values, and you can see that philosophy in work from these very first games. A game like Legend of Zelda: Link’s Awakening has undeniably better production values, but Harvest Moon manages to be just as charming anyway.

I know I’m painting a picture of a very limited game in Harvest Moon, but the reality is that there is enough content to last for hours and hours. Seasons still change in the game, and what crops can be grown in winter are different to what is available in spring. There is also still the occasional event to look forward to that progresses the wafer-thin plot that bit further. Remembering that this is a game from a console that was hardly capable of producing epics, Harvest Moon is the perfect kind of game to have sitting on the SD card for those moments where a bit of relaxing work will pass a lazy afternoon.

Of course if the Harvest Moon games have never appealed to you in the past then this is not the one to start with. I just question your soul if you can’t find something to enjoy in these games.

RPG Maker 3 – a surprise coming to PSN this week