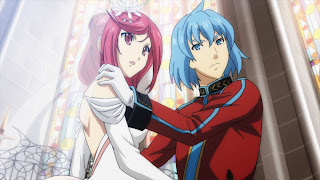 Time and Eternity is one of the most unique JRPGs I have ever played. Given that I’ve played a lot of JRPGs that’s a pretty impressive feat.

As a disclaimer up-front, this is a game that has been getting shocking reviews from many corners, and if you’re keen to read that other point of view, click on that link for a second opinion. But I strongly suspect that a great deal of the ire that is being thrown at the game has as much to do with it being fundamentally different to any other JRPG than anything else.

For my part, I really enjoy the game. It’s not perfect, but as someone who does enjoy genuine attempts at creativity, I’ve been able to easily overlook these faults to appreciate the broader picture. 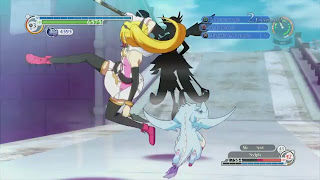 So let’s start with the most immediately obvious element of Time and Eternity – its aesthetic style. While the game’s backgrounds are the fairly standard 3D models found in most JRPGs, the characters themselves are actually 2D, hand-drawn sprites. As a consequence of that, the game is initially jarring on the eyes. The number of frames of animation for the characters is limited (this is a low-budget game, after all), and so the movement around the game’s world, let alone the battles, looks awkward. It also doesn’t always gel with the backgrounds; there are times where I am very strongly reminded that I’m playing a game with characters pasted over the top of the videogame equivalent of a green screen.

But after a few hours of play, the strength of this animation style starts to reveal itself. Time and Eternity, put quite simply, is a genuine work of Japanese animation (or anime, as it’s better known). It’s not a fake aesthetic, as some developers use cel shading techniques to emulate, but rather an authentic effort to bring gamers an interactive animated movie. As my time with the game drew on, I appreciated that authenticity more and more. As a fan of anime I found the character designs, and indeed their characterisations beneath that design, immensely familiar and appealing. 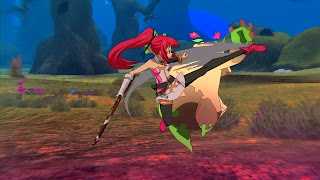 This authenticity also extends to the game’s story, which kicked off in true anime style with a wedding and a death within the first ten minutes. It’s pure popcorn entertainment filled with ridiculous (and quite funny) situations propping up a standard fantasy plotline. This is a game that focuses in on those fantasy themes rather than offering deeper meaning, and it largely achieves that goal. It’s also very otaku with a lot of Japanese-style sexualised humour and some weird pin-up themes running through the game. For instance, the lead character’s hair and way too-short skirt are constantly blowing around like they’re in a gale, but the other characters standing around the lead character are not affected by this breeze at all. The developers probably should have worked in a curse or something to explain this localised squall, because it really does look ridiculous when the characters are all lined up in a row for a cut scene.

Given that those in the west tend to react badly to sexualised themes in games, I’m not surprised that the otaku elements of the game have upset some. With that said, as a lighthearted little game it thematically belongs in the same realm as the Hyperdimension Neptunia and Atelier games and Time and Eternity’s story should hold value for fans of those other series’. 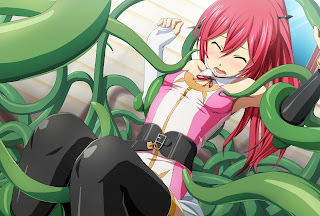 As with most NISA projects, the translation is spot on in capturing both the themes and humour of the game. Localisation is a bit of an under-appreciated art form and it is far, far too easy for translators to try and mess with a work’s themes in order to “better suit” the local mass market. NISA doesn’t do that – what you get with this game in English is close enough to what you would get from the Japanese version and if it upsets some people, such is life. Also like in most NISA projects, they’ve brought in quality voice actors for the people that don’t want to use the Japanese voice track option.

Back at the start of the review I said Time and Eternity was unique. This is partly because of the art style, but more than that, the combat is something that hasn’t really been seen in the JRPG genre before. It’s a bit of  a button masher at times, but at the same time it’s quite enjoyable. Essentially players will face a range of enemy monsters in one-on-one duels, where the focus is to dodge enemy attacks, and then land a few counter attacks in return. Fast attacks tend to be weak, but easy to land. Powerful magic attacks can be difficult to land due to the length of time it takes to cast. Within this structure there is also the opportunity to engage in either ranged battle or melee combat, but I personally found the ranged battle far easy to manage, and I tended to focus on dodging when in melee whenever possible.

Players control two characters – Toki and Towa. These two characters are two different girls that share the one body, and players alternate control of one of these personalities with each level up. Both characters end up with a different skill set, and it must be said that going into a boss battle with the wrong girl will make things unnecessarily painful. Thankfully, later on in the game when this mechanic becomes really important it’s possible to find items that allow for an immediate character change, rather than needing to go and grind up an extra level. 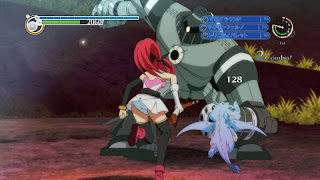 Now, this combat system has issues. Random encounters are regular enough, but become far too protracted thanks to the one-enemy-at-a-time structure. After three fights in a row, each with four enemies, within the span of a short walk, it becomes very difficult to feel inspired enough to explore the rather large environments of the game to track down the many fetch quest objectives the game throws at players.

It’s also a combat system that quickly loses genuine challenge. The first time you fight a new enemy type (especially the game’s bosses) it can initially be a challenge to figure out their attack patterns, but once you’ve done that it’s all too easy to simply predict what those enemies are going to do, and then perform the natural counters to those attacks. This is a game that you’ll need to set to the highest difficulty level possible to get any kind of challenge out of it. It’s a pity because there is real potential in the system for strategic, deep battles. If enemies didn’t attack by rote, and if there was not an overabundance of healing items, there might have been more consequence to the game’s combat, which would have made it far more engaging over the long term.

Again, I recognise the genuine weaknesses in Time and Eternity. I also recognise that its overt sexualisation and otaku sense of humour will put other people off. But I enjoyed my time with the game and more importantly I enjoyed the fact that amongst the dozens of JRPGs I’ve played this generation, this one is by far the most unique experience I’ve had.