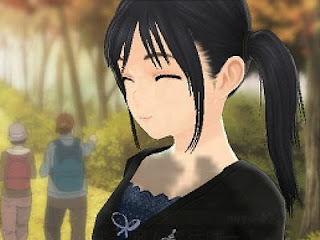 Back when Digitally Downloaded ran a second website, Otaku Gaming, we reviewed a little Japan-only from Konami called New Love Plus. This was a 3DS sequel to a wildly popular DS game, and evidently the 3DS sequel was popular enough to justify a sequel, New Love Plus +.

For the uninitiated, the Love Plus series is a dating simulator game where players are tasked with developing a relationship with a girl by holding conversations with her and going on social excursions together.

Contrary to popular opinion, this series is not really one for the “perverts” out there. There’s actually very little sexualised content in the Love Plus games at all. It’s far closer to a interactive novel, and the tone is more sweet than seedy.

In actual fact, the storytelling in these games is impeccable – amongst the very finest stories you’ll ever find in games. In Japan, my first experience with the game was actually at an art gallery, where it had been selected to represent interactive art.

The newest game introduces one new girl to the previous games’ crew of three. We don’t really know much else about it, but each character has so much backstory and so many dialogue trees that one new character represents a massive amount of new content.

As with the previous games the chances of this getting localised are next to zero. But, then again, with the cheaper distribution costs of the eShop perhaps we’ll finally get lucky and other people will be able to experience what this game actually is, rather than the silly reputation it has in the west.