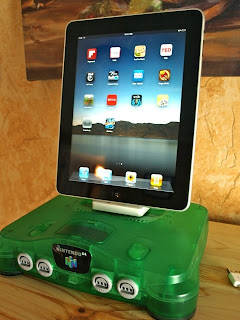 Once again Nintendo has felt the need to dismiss the suggestion that it should develop a smartphone business. As we can see in this news report, Nintendo’s now claiming that putting games on iOS would somehow dilute its brand value.

I question the validity of the report, as the quote isn’t attributed to anyone. However, for the sake of this piece we’ll assume it’s a legitimate quote because it’s more-or-less in line with Nintendo’s statements over the past couple of years in the face of repeated suggestions that it develop a smartphone business.

So, assuming that the statement was Nintendo’s, here’s why it’s one of the most ridiculous defences against mobile development that has come from the company yet; there is no proof whatsoever that releasing games on mobile results in brand dilution.

Let’s take a couple of examples. XCOM on mobile, is the highest rated version of the game, according to the critics collective over at Metacritic. Incidentally, on Digitally Downloaded, we also rated the iPad version higher than the PC version. If the brand of XCOM was being diluted on the basis of quality, then the iPad version would have a lower critical agrigate than the PC/ console version.

Let’s assume then that you don’t put much stock in Metacritic, and somehow all those review outlets are wrong, and XCOM on the iPad is in fact an inferior version. Take exhibit 2 then; wargames specialist, Slitherine, has seen a massive improvement in sales thanks largely to its success on iPad, where it is selling games at a premium – Battle Academy, for instance, will set you back $20 before the expansions. And it was a success for Slitherine on the iPad.

If you dilute the value of your brand, then you don’t get to command premium pricing any more and still see sales success; marketing 101. Ergo, there is clear evidence that in terms of both quality and sales, there is no link between brand dilution and releasing games on iPad. It is cold, hard fact that based on what brand dilution actually means in terms of marketing and the experience of the actual industry, releasing games on iPad does not guarantee brand dilution.

So now that we’ve dismissed Nintendo’s statement as a myth from an overall market point of view, let’s look at why Nintendo has claimed that it might be the case with Nintendo, specifically.

Nintendo has long maintained that it builds hardware to suit its games. Working on the assumption that this is the case, then it’s reasonable to also assume that if a game wasn’t controllable on Nintendo hardware, then it would indeed be an inferior product and therefore brand dilution would be a reasonable consequence to fear.

It’s still not a reason that Nintendo can’t develop a smartphone play. In fact, Nintendo would be able to transfer many of its hardware practices to the iOS. Apple will soon open up its hardware business to allow third parties to create game controllers that “talk” to the Apple devices natively. Nintendo would be able to create the ideal hardware to enable gameplay on an Apple device. In fact, I imagine it would be possible for Nintendo to license out the ability to support that hardware to third party games developers, and create a developer ecosystem around the iPad controller that would probably have better traction that the Wii U, which has very few allies left amongst the game development community. The iPad itself would simply become a screen to which players experience the game. To blame it then for any failings would be like blaming Panasonic TVs for the Wii U’s performance in the market.

Let’s not pretend that Nintendo is above releasing cheap software. The eShop is filled with stuff that would do no worse on the iPad that is either developed, or published by Nintendo. Dillon’s Rolling Western. Splash or Crash. That Minis game that shows Nintendo isn’t even above sticking its own characters games with the cheapest of standards.

There’s no reason Nintendo couldn’t take these kinds of experiences and stick them on the iPad as well, and then leave its premium, top-shelf gaming to its own hardware. The 3DS has already proven that there’s room for both iOS and Nintendo handhelds, and anyone who honestly thinks losing Dillon’s and Splash or Crash to the iPad will turn the 3DS into a market disaster is kidding themselves. With its own controller supporting its iOS games, there’s no real way that anyone could complain that Nintendo’s games are inferior on smart phones, and so there’s no reason to assume that any of Nintendo’s brands would be diluted as a consequence.

And that additional revenue from selling Dillon’s to 100 million people, rather than a quarter of that, Nintendo can put back into its business to increase the size and number of its studios to produce more games across all platforms. It’s an ultimate win for Nintendo.

To editorialise a little as a conclusion; I think it’s about time investors, the analysts and the media moved on from asking Nintendo why it’s not participating in the industry growth sector that is mobile and tablet gaming. The question needs to be shifted to “prove that you can’t do it.” The technology is there, there are clear case studies of mobile strategies working, and the only thing that seems to be keeping Nintendo away from a smartphone play is its own stubbornness.