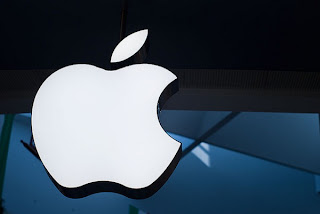 As we recently argued, Apple’s snub of E3 is a bit of a downer for the convention’s credentials as the “go to” show for the year of gaming ahead.

Apple of course holds its own event at the same time, and an announcement over there has, essentially, kicked E3 where it hurts the most. Apple has made a gaming announcement that will have far-reaching ramifications for the entire industry.

What is that announcement? That the new version of iOS will formally support third party controllers. Until this point hardware manufacturers have had to jump through some hoops to get controllers working on iPad and iPhone. It could be done, but it was usually clunky and as a consequence the major iOS game developers and publishers typically didn’t get on board with any hardware that was produced.

Now though, with what Apple’s MFi those barriers to entry are likely to be far lower, and as a consequence we should see some hardware manufacturers coming out with controllers that are easy for developers to get on board with, and that, in turn, makes the controller suddenly work owning.

Given that the persistent complaint against Apple products as gaming platforms has been the lack of buttons and the associated “inferior” experience, one would have to assume that once Apple products have officially-sanctioned buttons then gamers would start jumping on board, right?

Perhaps that chain of thought is too logical for this industry, and more likely the “gamers” that resisted the iOS devices for whatever arbitrary reason will find new excuses once the controllers start hitting the market, but either way today’s announcement is a clear indication that Apple is taking this gaming thing more seriously than it has in the past.

And if Apple takes something seriously, the other companies in that sector need to pay attention.

E3 2013: Thumbs up to Microsoft for the “all games” approach