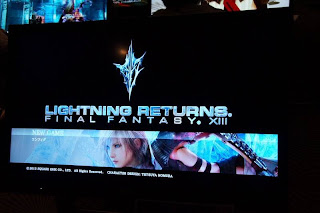 During a recent showing in Tokyo, Square Enix showed off some new screens of Lightning Returns; Final Fantasy XIII. We have seen a lot of screenshots from this game (just click here, here and here to see some of the articles) and even had a piece recently by Matt talking a bit about one of the upcoming outfits for Lightning.

A new Summoner of Spira outfit (inspired but what Yuna wore in Final Fantasy X), as well as Lightning’s original outfits from Final Fantasy XIII and XIII-2 (as long as you have save data for those games on your machine) will be available.

Also discussed was that the game would span four continents, with four very different types of story elements. Specifically Luxerion, Dead Dunes, the City of Yusnaan and WildLand were discussed, ranging from Lightning’s attempts to solve a murder mystery to exploring an area using a Chocobo (I suspect Matt just perked up upon reading that).

Some other odds and ends were mentioned as well, such as:

– New chocobos
– One ending, but a New Game + that lets you explore some new zones
– The world is ever-changing, so many quests will be timed
– Other characters from the XIII games will be showing up such as Snow and Vanille (Matt definitely perked up upon reading that – ed)

Nintendo; here’s how you can keep your hardware business and also profit from iOS devices