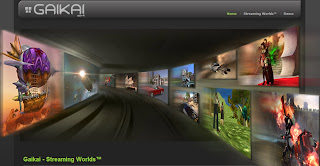 It has happened. Sony has formally unveiled the PlayStation 4. And, as interesting as its tech specs are, the real focus of the presentation was on features and social interaction.

It’s a focus I had previously predicted in the lead up to the PlayStation 4 unveiling, and I think it’s a very wise move for Sony to make. The ability to stream videos, share screenshots, play games while they’re downloading and suspend/ resume at the touch of a button are all fascinating and exciting features, and have nothing to do with graphical grunt.

Sony also hinted at some vastly expanded functionality on the PlayStation Vita – nothing concrete at this stage, but the “more to come” involves turning the Vita into a indespensible part of the lounge room gaming experience.

It’s clear that Sony is leveraging heavily on the technology and experience it acquired with Gaikai to make all of this happen, and has turned Cloud features into the real hero features of the PlayStation 4. Promising to make development easier and the player, not the technology, the center of the gaming experience are all marketing speak, but when we dig under the surface, what does it mean?

Further to this strategy, Sony has announced that it will be leveraging Gaikai to allow players to play PlayStation, PlayStation 2 and PlayStation 3 on any device – that means PlayStation 4, Vita and even smart phones. That means that players will have a massive library of brilliant games wherever they are, whenever they want. It’s innovative, and it’s something we have never seen in consoles before. There’s been some shaky attempts to create a “gaming ecosystem” around the player, but nothing so unified as this before.

In the longer term this is going to open up new opportunities for developers – utilising the Vita’s GPS for instance to feed back location data to the PS4 – that’s perfect for fitness or exploration applications and games, for instance. It’s also abundantly clear that the Vita will be able to be used like the Nintendo Gamepad on the Wii U – and we’ve already seen that open up interesting new game ideas.

The problem for Sony is that this kind of ecosystem innovation is a very hard sell. It’s not something you can pick up and hold in the shop, and the benefits of it are not immediately obvious. My only concern with Sony at this stage is that it will run into the same problem as Nintendo with the Wii U – it’s wonderful technology and so much fun once you start playing with it. But you have to play it first, and that’s a difficult marketing challenge.