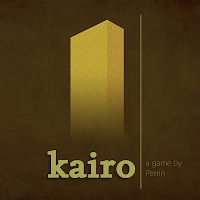 White. It’s at first captivating, but maybe that’s because it is all around me. Maybe I have somehow stepped into heaven itself? Confused, I start to look around a bit further, only to find a throne made of stone setting behind me. The throne is, well, rather plain – not something fit for a king. In the distance I can see a small building admits the vast ocean of white, yet there’s no sign of safe passage. Can I walk upon this white ocean? I must be able to; I have no choice but to try. And it’s just as I started to leave my throne, possibly stepping into an endless fall within its white depths, mere moments after I had entered this strange world called Kairo, that a single thought drifted across the forefront of my mind: if this is the last step I’m to take here, who am I?

Using a minimalistic visual approach admirably, the world of Kairo unfolds like a well-written novel before your eyes – without a single word of dialogue. From a distance, what appears to be blank walls, taking a closer look finds them to be fully textured of stone or granite. Yet, it’s the mysterious alien-like architecture that holds the storyline weaved throughout it – always just outside of your reach. This strange and hauntingly desolate world starts to come alive as you push ever deeper into its labyrinth, returning power to this alien place. All the while a hall of coffins brings a constant reminder that this was once a civilised place. As my journey presses ever farther, urged by the constant desire to unveil the sights that lie behind the next pathway’s end, another thought presses on my mind once again – I don’t think I should be here. 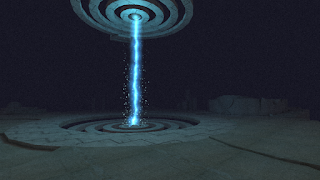 Kairo is wonderfully unnerving, which does not only fall to its bold colours and minimalistic visual aesthetics alone, but it is heightened by its transient ambient soundtrack. It is almost unsettling how the soundtrack moves from its calm floating ambiance to its dark, brooding undertones in such a way that it never intrudes above the leisurely nature of the exploratory gameplay, all the while retaining an eerily extraterrestrial current flowing throughout. The soundtrack adds another layer of mood and identity to Kairo much in the same way that we saw the swooping orchestral soundtrack blend right into the minimalistic gameplay of last year’s fantastic PlayStation Network exclusive, Journey.

Much like its visuals, the puzzling gameplay found here is deceptively simplistic in nature. In first person viewpoint, you’ll wander around pushing blocks into position and bumping/standing on pressure switches to manipulate the world’s environments. While at first the solutions can be quite simple, later into the journey the answers are never far out of reach and yet are designed in such a way that oftentimes the answer you are looking for is found only once you stop over thinking the situation at hand. To keep frustration minimal, a clever hint system allows you three hints per puzzle to put you on the right track without ever actually giving up the solution. The way the world comes to life with each solved puzzle makes Kairo so captivating. What was once a few rings strangely floating in midair, becomes a brilliant stream of whirling electricity powering ever higher into the sky. It is in this manner that Kairo’s storyline unfolds within its architecture. It brings hope that the many questions that continue to unravel inside your mind along your journey will finally get an answer. 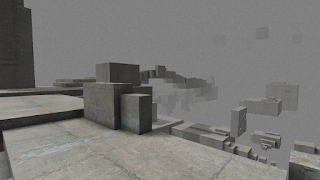 While the architecture within Kairo is ancient, the choice of control interfaces did not have to match the antiquity, and yet unfortunately it does. Floating control sticks have become the norm for FPS affairs on the iPad and it would have seemed that it would have been a given here, but sadly it isn’t what the developers implemented. A clumsy Up/Down button is located in the very bottom corner of the screen, while the camera is controlled by swiping around the right side of the screen. The trouble here is the lack of a strafing ability, which makes some of the puzzles that require blocks to be precisely positioned tedious and frustrating. Hopefully, a patch is in the works to rectify this, because aside from this issue the game runs beautifully on my 4th Generation iPad.

In the past year, we have been captivated by unique titles that take us on creative and emotional journeys. While Kairo is not on the same level of perfection as last year’s Journey, its a haunting adventure through the desolate alien ruins that is wholly captivating and unnerving at the same time, with an abundance of secrets scattered throughout its stunning architecture. It’s refreshing to find a game that puts ‘you’ inside the adventure. Kairo is an absorbing adventure that keeps you guessing until the very end, but one thing is for certain – Kairo is a must for fans of the genre.

Fine me at Game Center: Slapshot82

Battle of the MOBA: Has League of Legends been out-cloned yet?

The PlayStation 4; don’t be surprised if it is “free” at launch