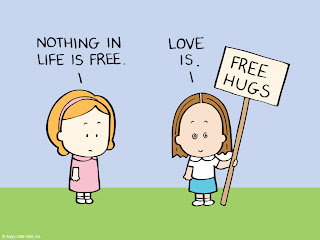 It’s Monday, so I’m going to use that as my excuse for some out-there thinking. That and our weekly discussion on what we’d like to see happen with the PlayStation 4 has inspired me to thought.

For today’s musing I’m going to looking at a possible sales model for Sony’s upcoming PlayStation 4 (to be announced February 20, most likely). While Sony hasn’t mentioned anything with regards to pricing, if we look closely at modern technology business models, and Sony’s own directions in recent years, the idea of selling the PlayStation 4 for free is not one that would surprise me if it eventuates.

The idea here is that, rather than buy the console for an upfront cost, Sony could consider offering a mobile phone-style contract that comes with a monthly bill. So for instance you take the PlayStation 4 home with you for free, and then pay $AU50 a month for the console and a PlayStation Plus subscription over the course of two years.

It’s a sales model that Sony has already experimented with – I bought my PlayStation Vita that way last year. It’s a sales model that benefits both consumer, and Sony itself. For the consumer a monthly bill is far more palatable than dipping into the savings. We’re in an era where we pay for so many things via recurring bills that it’s become a far more convenient way to acquire new products too. More and more we finance purchases rather than make them up-front, and indeed the idea of free-to-play gaming shows that as game consumers we’re also happy to pay for things over time rather than up-front, so why not do that with our consoles as well?

It’s also a sales model that Sony has been transitioning to for some time. If you consider Music Unlimited (a recurring monthly bill), PlayStation Plus (a recurring monthly bill for games) and the acquisition of Gaikai, a Cloud gaming platform (almost all Cloud platforms are monthly bills), then it shouldn’t surprise anyone if Sony also went in that direction with hardware. Recurring income benefits vendors as it provides a guaranteed, stable monthly revenue. In the modern business environment a predictable income is preferable to taking gambles with one-off sales of products.

It also would allow Sony to make the console more expensive than if it were to sell it upfront. At a time where the Wii U is considered expensive, it’s unlikely that Sony is going to want a repeat of the PlayStation 3 launch fiasco. At the same time, Sony’s fans are expecting a substantially more powerful console this time around.

Rather than make the fans spend $600 in one go, Sony could split the cost over a two year contract, which will seem far less painful upfront, while giving Sony the same return over the longer term. By making the PlayStation Plus subscription a part of the contract price, Sony would also be able to sell the PlayStation 4 at a “high” total cost for a longer time, as the pressure for a price drop a couple of months after launch won’t be there.

So don’t be surprised if the PlayStation 4 is available for free at launch, even though it’s likely Sony will also have to sell the console at a normal RRP for people who don’t care for contracts, just as the PlayStation 4 will have to have a disc drive in it despite Sony’s desire to move everyone to download-only gaming.

Note: as a reminder this is a hypothetical. I am not making any firm predictions here, but merely considering the possibilities and looking at what’s been happening to the games industry and Sony from a market perspective.