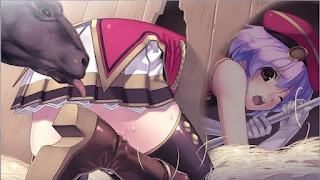 If nothing else, Compile Heart and Idea Factory cannot be accused of not trying to hit on a killer formula with their games. Whether you like franchises like Hyperdimenson Neptunia or the Agarest War franchise or not, it’s a fact that each game in the series makes substantial changes to the gameplay of its predecessor.

Record of Agarest War 2 is a far more streamlined and straightforward game to the previous game in the series, and in this case that’s a good thing. The systems running behind the game are far less abstract this time, and as a result the game itself is far more accessible.

The combat is, of course, the focus of the new systems and it’s greatly enjoyable. Characters and their opponents are arrayed against one another on a grid. In turn-based combat, they then take turns duking it out, as is the case most other JRPGs. The trick here is the positioning of the units. Characters that are within certain formations on the grid can partner up to do increased damage, and this is the key for defeating the toughest enemies. Some attacks will pull characters out of their formations, though, meaning they can’t be used in those formation attacks. 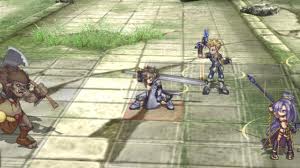 Like most Compile Heart RPGs, this system takes a little time to get used to and the tutorials tend to be too obtuse to be much help. Stick with it though and a couple of hours in the game clicks and starts making a whole lot of sense. The overall experience is actually very streamlined so as far as otaku JRPGs go, this is one of the more accessible ones.

Outside of battle Agarest War continues the genre’s love affair of numbers and statistics. There’s a lot of different weapon effects and characters to keep track of, and tweaking a party to its optimal power takes a great deal of strategic thinking. Because the difficulty spikes are at times staggering, it’s important to get the party balance right, otherwise this game does have the potential to be really (really) frustrating. Perhaps understanding that frustration, there is some free DLC for download that comes with some resource boosts for people that do get really stuck.

Where the combat system brings new innovation to the series, the other (more famous) half of the franchise returns largely untouched. When you’re not in combat in Agarest, a great deal of your time will be spent playing through what essentially amounts to a dating sim. In practice that does mean that this game features a lot of dialogue (all spoken, and is largely the reason this game is a 15GB download). A lot of that dialogue is, as usual for otaku dating games, trite, but the somewhat more serious tone of this game does lead to the odd moment where the various themes the story explores are genuinely compelling. 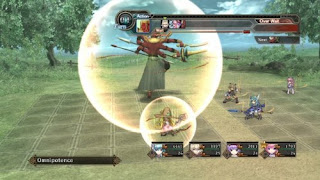 Now for the warning – because this is a Compile Heart game, there are also the obligatory otaku moments. There’s hotspring scenes. There’s scenes where the game’s (often juvenile) female characters are caught in incredibly embarrassing positions. There are idiot male characters that swoon over these women only to be shot down incessantly. Because the overall tone of Agarest Wars 2 is a fairly generic, somewhat serious fantasy theme, and not as off-the-wall insane as Mugen Souls or Hyperdimension Neptunia, the sexploitation is a little less frequent or over-the-top than is usual for this developer.

On the other hand, because the game has a serious tone and the characters aim to characters players relate to, rather than offering simple comic value, the impact of the sexploitation is higher. There’s some moments in this game that will make most players uncomfortable with the game. This is Compile Heart’s style, of course, but it does need to be mentioned for people that haven’t played these games in the past. 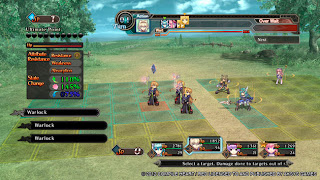 Getting past that, there’s a couple of technical flaws that will also irritate players at times. The game is terribly optimised for the PS3 platform, with some long loading times and a frame rate that is capable of grinding down to single digits when characters are doing little more than walking around an environment. The environment looks pretty, sure, but the characters are so basic in design I don’t quite understand why this game would not run smoothly on a Nintendo DS, let alone the PlayStation 3.

That aside, this is a really wonderful little RPG. It’s got all the elements that make the traditional JRPG fans happy – a lengthy plot with some interesting characters, some nicely tuned combat that is deep without being too abstract for its own good, and a nice challenge that experienced gamers will get right into. It goes without saying that no Compile Heart RPG can be recommended to everyone, but it’s a safe bet for the usual crowd for these games.

– Matt S
Find me on Twitter! @DigitallyDownld
Friend me on MiiVerse! WaltzIT