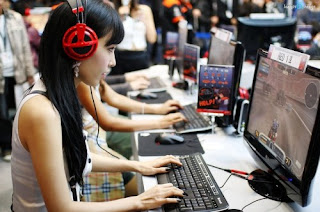 A report from Niko Partners has found that South East Asia is set to be one of the fastest growth markets for the games industry over the next few years.

The report; The 2012 Southeast Asian Game Market Regional Report, found the value of the games industry in South East Asia, which includes Indonesia, Malaysia, the Philippines, Singapore, Thailand and Vietnam, will be worth $560 million in 2012, and will grow at a compound annual rate of 17.4 per cent from 2011-2016.

In a press release, managing partner of Nike Partners, Lisa Cosman Hanson, said “a big surprise to us is that social games have been losing momentum in all South East Asian countries this year except for Indonesia.

“We had anticipated stronger growth for social games but in fact, gamers in Southeast Asia prefer free-to-play client-based MMO games as well as casual games.”

By 2016, there will be 117 million gamers throughout these six Asian emerging markets, generating more than $1 billion in revenue.

Last Chance! Vote for your favourite games of the year!