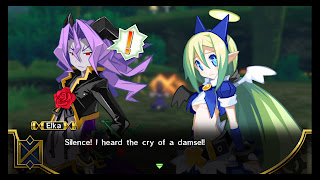 As I mentioned recently, I’m a little confused about how exactly to approach Mugen Souls as a review. So I’ll just say at the outset: this game probably isn’t for you. But I love it.

If you think of the weirdest game you’ve ever played, it probably doesn’t come close to Mugen Souls (well, aside from those Japanese games that never get official English translations). Here we have a game that is so over the top that it’s really quite spectacular. If you can name the excess, you’ll find it in Mugel Souls. An excess in colour? Check, this is one of the brightest games you’ll ever play. An excess in Moe? Check – the chibi characters and squeaky voices are as cute (or irritating) as you’ve ever experienced. And the combat? Oh yes, it’s excessive. The damage numbers can run into the billions (that’s right, over 1,000,000,000).


And the sexualisation that is a hallmark of Otaku JRPGs? Well, yeah, that’s excessive here too. This is going to be a sore point for a lot of players, and it is important to warn people of it going in, lest it offends them and they go back to the exploding head headshots of Call of Duty feeling like they wasted their money on a “perverts” game. NIS America has removed the especially contentious scenes from the Japanese version, but you are still going to have to deal with a whole lot of sexualised humour if you’re going to get through this game. ‘Humour’ being the key word though – Mugen Souls’ various scenarios are downright hilarious – but not everyone finds the Japanese sense of humour funny. 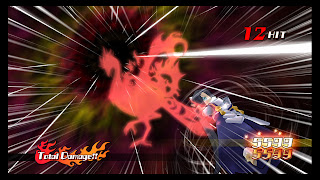 So, that warning aside, let’s look at the game itself. Mugen Souls doesn’t actually need to be so over-the-top to be a compelling game, that’s just the icing, cherry, more icing, ice cream, chocolate sauce, cream and another cherry on top. Wading through all that sweetness lies a cake that is actually quite tasty in its own right.

Mugen Souls plays a little like Hyperdimenson Neptunia mk2. You’ll run through a range of corridored environments, battling enemies and triggering cut scenes on a regular basis. The combat itself is quite engaging; it’s turn based and takes place in a circular arena. Strewn throughout the arena are crystals that have a random impact on those caught nearby. Taking advantage of the beneficial crystals, while working around the negative ones comprises a good portion of Mugen Soul’s strategy.

Or, at least, it does for most of the characters. With the exception of Chou-Chou (I’ll get to her in a second), the named characters and the custom-built characters that you can create for yourself all work like very standard JRPG fighters. You’ll equip them with standard weapons and armour (naturally the weapons are way over-the-top in size), and you’ll dress them in a range of costumes. One little extra strategic touch is that it’s possible for these soldiers to work together for massive damage attacks – those who have their turn close to their allies can “link” in for these literally earth-shattering events. 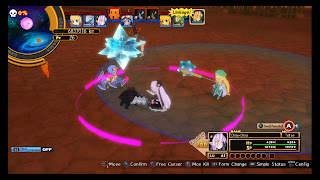 But Chou-Chou is the real focus of Mugen Souls, and her presence on the battle field makes the other characters seem like bit players. Chou-Chou has the ability to convert enemies into peons (literally, human resources). To do this she must first take on the persona that is compatible with the enemy she’s facing (so if the enemy is a “sadist” she needs to adopt her “sadist” persona). There are eight of these personas, and you’re limited to the number of times you can change them, so making strategic use of these personas is one thing to deal with. From there Chou-Chou needs to go through three rounds of actions, where she’ll choose actions that need to match with the enemy type, and mood. So for instance a happy sadist will react very different to being ‘hit’ or ‘smiled at’ than a sad elegant monster.

Perform wall and the monster will become a peon. Perform badly and the monster will be angered and gain a significant boost to its combat abilities. This process is what takes up the majority of battle time, rather than the combat itself, and it does take some time to get used to for people used to the more standard combat system of a game like Hyperdimension Neptunia. 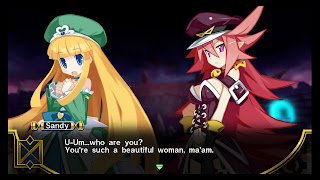 But that’s not all! Chou-Chou has another couple of tricks up her diminutive sleeve. She has a “peon ball” attack that does breathtaking damage, and as she travels from world to world on her spaceship (literally an ocean-going ship in space) she’ll occasionally come up against enemy pirate ships. That’s what the peon recruiting is for, see, powering the combat abilities of the space ship. Don’t recruit enough peons and that’s like going into a battle with an end-game boss with a party of level 1 soldiers.

Needless to say, all this stuff comes together into a giant, beautiful mess. It doesn’t necessarily make a lot of sense in the early stages, but if you roll with the punches a little it doesn’t take long to become pretty competent at Mugen Souls. Like Hyperdimension Neptunia working through the game itself isn’t especially difficult, but some of the optional extra missions are for the truly hardcore. 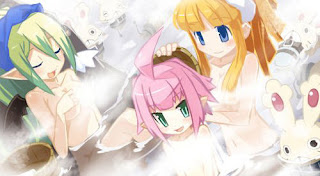 On a technical level the visual style and soundtrack serve one purpose and one purpose alone – to be as insane as possible. They achieve that with remarkable style – for a game with absolutely no class at times, it also has moments when the aesthetic style is creative brilliance. Cut scenes are the usual fare for Otaku JRPG – barely animated pictures of characters talking to one another and lots of dialogue boxes. They’re a cheap way of doing story, but compared to the grand animated cut scenes of, say, Final Fantasy XIII it’s clear that this game was made on a shoestring budget.

For deep and amusing combat, Mugen Souls is a great purchase. It’s not the longest JRPG out there, but there’s enough meat to want to come back and play a second or third time, and there are nearly endless character customisations and optional dungeons to explore. The only question is, then, whether you’re able to handle the more obscene moments in the game.

Adventure into Dreams with the Xbox Live update