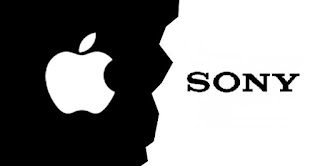 Today, we found out that not one, but two of Sony’s key studios are closing shop, leaving Sony behind and moving into the wilds of mobile gaming. Yes, both LightBox Interactive and Nihilistic Software are officially moving forward with the current shifts in the unpredictable and ever-changing world of the gaming industry.
LightBox Interactive
Known for its Warhawk and Starhawk titles, LightBox Interactive has been a staple first party developer for Sony. With the mediocre sales that followed Starhawk’s release, it’s no surprise that the developer isn’t staying exclusive to Sony, but its decision to move into the realm of mobile gaming is indeed surprising. When Dylan Jobe spoke to Game Informer about the matter, he had this to say: “…the industry is changing. We are moving away from traditional console development to self-fund the development of our next game on Apple’s iOS devices.”
LightBox is laying off 24 employees in its restructuring process to downsize to a smaller, self-sufficient iOS developer, but has informed all of their affected employees beforehand so that they can make their necessary preparations. It has even been able to send them off with a severance package in hand – something not always seen in these types of situations these days.
With LightBox’s departure, Sony has vowed to continue support for both Starhawk and Warhawk and has handed the reigns over to Santa Monica Studios, so that their communities can continue to thrive online.
Nihilistic Software
Sony’s black sheep developer, Nihilistic Software, has not been treated nicely in comparison to other studios that develop for Sony on a first party basis. Both PlayStation Move Heroes (PS3) and Resistance: BurningSkies (PS Vita) showed great potential, but they were both (obviously) rushed to the market before they were properly polished, and the future for the company hasn’t been bright ever since.
Nihilistic is currently finishing up the Vita exclusive, Call of Duty: Black Ops Declassified and after it’s finished, it is following LightBox’s tracks into the world of mobile gaming as well. On its website, Nihilistic posted a funny explanation for its departure which we’ll post here for you to read:

“There’s no bigger cliché in the videogame industry right now than to say that a studio is re-organizing itself away from retail game development and toward the new challenges of downloadable and mobile games.  Everyone knows retail sales are down, publishers are hurting, independent developers are suffering, blah blah blah.  With this in mind, Nihilistic is announcing today that (OMG!) we are re-organizing our company after 14 years of working with retail boxed game development, and re-forming as nStigate Games, a new company focused on downloadable, on-line, and mobile games.

So is this newsworthy?  Well, honestly it probably isn’t, except that we are making this transition without any planned layoffs or leaving any debts behind.  Nihilistic will fade into the sunset the way it started; a collaboration of talented folks dedicated to transparency and respect for employees.  Over the next couple months we’ll get leaner as some of our talent finds new homes, and emerge as a smaller and more focused company.

The future for nStigate is yet to be written, but the history of Nihilistic is coming to a close.  We thank all the people who have worked here over the last 14 years.  It’s been a privilege and a joy to serve our players for the past years.  We love what we do, and we love it when you guys like it.  Thank you for playing.”

With the departure of both of these talented developers from Sony’s platforms, we’ve gained a bit of insight that shows that the landscape of the gaming market is indeed shifting and retail game development is struggling to survive. While we’re saddened to see them go, there’s no doubt that we’ll continue to receive awesome games from both LightBox Interactive and nStigate going forward on mobile devices, and all of us here at Digitally Downloaded wish them very best of luck in their future endeavours.
Share this

Exclusive: What Michael Pachter really thinks about the Wii U

Are games being ‘dumbed down?’ No