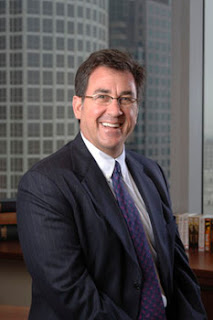 Digitally Downloaded’s Farida recently had the opportunity to have a talk with infamous games industry analyst Michael Pachter. Infamous because his words are often twisted by the enthusiast press as having a vendetta against Nintendo, and of late Nintendo’s Wii U console. To set the record straight he elaborated for us that he is not the tireless “anti-Nintendo Scrooge” of the industry that he’s made out to be after all.

Digitally Downloaded (DD): Quite a few developers, including Ubisoft, Vigil Games and Straight Right, have offered praise on the capabilities of the Wii U. Many consider this as just simple PR marketing for their investments – but seeing as the Wii U is pioneering as the first next-gen console to come, what is your take on the third party interest?
Michael Pachter (MP): I think that developers are going to make the most of the Wii U, and all are hopeful that it is successful. It’s not in anyone’s best interest for sales of the console to fall flat, so all will put the most positive spin on its prospects that they can. In my view, it’s unlikely to capture consumers’ imaginations, and I think it will be viewed as underpowered once competitive products from Microsoft and Sony launch. Until then, I think it will sell very well.

DD: Pre-orders for the Wii U have been rapidly selling-out largely around the U.S. This, combined with the Wii U’s launch-window of over 50 titles, the consumer base for the Wii U seems to have very large initial interest. How do you think the Wii U will fare in its first few months of sales?
MP: Pre-orders are going to almost certainly exceed the limited supply for the first month. I think Nintendo will manufacture 1.2 million per month (beginning mid-September), so there will only be 2.4 million or so manufactured at launch, with 600,000 likely going to Japan, 900,000 to the U.S. and 900,000 to Europe. I think that I personally know 900,000 people in the U.S. who want a Wii U, so of course it’s sold out on pre-order.

DD: In another interview with the A-List Daily, you said that you had the opinion that the Wii U is essentially a segregated DS. Although the potential for the GamePad doesn’t seem to have been fully realised by developers yet given it’s only just launching, do you still believe this will be the case by the end of the Wii U’s first year of sales?
MP: I don’t see the Wii U as being as novel as the Wii was, given that the control scheme (Game Pad with touch screen) is so similar to the DS’s control scheme. I’m not sure that the dual screen experience will be as enjoyable if the two screens are in different places, but I suppose we will see what developers come up with to delight fans.

DD: A while ago, we remember you saying that you believed the Wii U would be “all but assured of limited third-party launch support”. With anticipated third-party titles such as ZombiU, Rayman Legends, Bayonetta 2, Ninja Gaiden 3: Razor’s Edge and Monster Hunter 3 Ultimate as well as significantly increased multi-platform support reaching Nintendo, do you still stand by your previous statements?
MP: I think that third party support can be measured by commercially successful titles. That means titles from EA, Activision, Take-Two, Valve and Bethesda in addition to the ones you mentioned from Ubisoft and Japanese developers. Activision appears to be the only “major” other than Ubisoft to be on the console in a big way, and I think time will tell if the others support the Wii U. Right now, I don’t see the level of support that I expect to see for the next consoles from Sony and Microsoft.

DD: Could the possibility of more third-party support for Sony and Microsoft be attributed to their lesser-renowned selection of first-party IPs than Nintendo, from your own perspective?
MP: No, greater third party support has nothing to do with the first party lineups at Microsoft or Sony. Third parties create content in order to sell it and make profits, and they choose to support Sony and Microsoft because they expect greater sales than from Nintendo, period. This could be because they feel that Nintendo’s console is inferior, because they think the Nintendo core customer is different from the Sony or Microsoft core customer, or some other reason. It’s not really clear why, but they haven’t historically supported Nintendo well since the N64, and I am not hearing many comments about strong commitment to the Wii U.

DD: Do you believe that the Wii U will still cater to both existing Wii consumers (what with almost full backwards-compatibility, retention of casual-friendly titles and prominent utilisation of the Wii control scheme still existing) and the newer, ‘core’ fan base Nintendo is trying to attract with its new console?
MP: Yes, I think Nintendo will cater to both existing Wii and newer hardcore customers.

DD: With the recent partnership between Nintendo and Unity Technologies and the positive response so far, as well as the praise being offered by indie developers (Frozenbyte and Broken Rules) on the performance so far on Nintendo’s established communication with indies and many launch-day indie titles lined up for the platform, how do you think Nintendo will fare with the success of the eShop on the Wii U?
MP: eShop is going to be a tough sell. I think that adoption of downloads will be directly correlated to adoption of multiplayer, given that most consumers don’t feel a compelling need to connect consoles to the Internet solely to buy indie games. I suppose this is a chicken and egg argument, but it seems to me that multiplayer adoption drove the success of XBLA, given its impact on XBL Gold memberships. I think the same happened with PSN; as more people joined to play multiplayer games, sales of indie games grew. This should be similar on the Wii U, so we will see if Nintendo or third parties come up with a killer multiplayer app to drive Internet connections.

DD: Do you believe that what Nintendo has in mind for Nintendo Network (which we are yet to know much about) is something to exceed its rivalling digital platforms as of the moment, and in the full phase of the next console gen?
MP: Yes, I think Nintendo intends to exceed their current digital and online offerings.

DD: Before the Wii became a hugely acclaimed success in the industry after launching, you seemed to have the exact same concerns for the console as you do now for the Wii U. You also claimed that the Wii “got lucky” – why do you believe the Wii U to be a different case?
MP: I actually changed my view of the Wii when I first played a game on it. It was magical, and I really had high expectations after E3 2006. I didn’t feel the same way about Wii U. If I’m wrong, I’ll admit it.

DD: The Wii U doesn’t seem to be pioneering new technology integrated into gaming the exact same way the Wii did, but the Wii U also seems to be improving over its predecessor in quite a few other aspects, e.g. a new approach to online gaming interaction, a more approachable digital platform, better third-party support and options and an entertainment hub factor. Do you think Nintendo’s new approach to the gaming industry will serve successful for it?
MP: I agree with all of your comments about online, digital platform, third party support and other options. I think that Nintendo is doing a lot of things right, although some (online in particular) are somewhat late and may take several years to develop. I’m not sure that any of these will drive console adoption, primarily because in many ways they are far behind Sony and Microsoft, who have most of these things already.

DD: It could be said that the competing online facet everyone’s been anticipating from Nintendo is quite late, but with the introduction of the previously unseen concept of Miiverse, would you say that Nintendo has justified its lapse in this particular sector of gaming?
MP: Yes, I think Nintendo is making up for lost ground online, but I still think it’s late and will take a long time to grow into a competitive service.

DD: Nintendo is yet to release any further details on its online system aside from Miiverse, and it seems both developers and consumers have been left in the dark for now. With the Wii U just on the horizon for release in November, what do you have to say on this issue?
MP: I think that Nintendo is still working out online, almost as if it is late to the party. It is late to the party, and I think that its online rollout will be an uphill battle.

DD: But with the Wii U scheduled for U.S. launch just less than a month away, wouldn’t you say the belief that Nintendo’s online service still not being completed before they announced a launch date would prove rather worrying?
MP: I don’t know if Nintendo’s online offering will be ready in time for the launch, but if it is, it will almost certainly be a work in process.

We’d like to thank Michael Pachter for taking the time to talk to us.