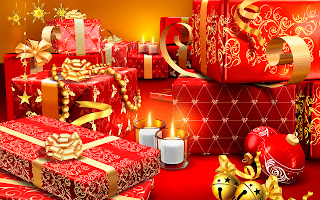 The Christmas season is the critical time for the games industry. Although the predictions are that it will be a deflated year for sales, the marketing budgets will ratchet up and as everyone is aware, there are some big releases on the horizon.

In terms of software, we’ve got a new Assassin’s Creed, a new Call of Duty and the much (much) anticipated Halo 4 to look forward to. On the hardware side is the Nintendo Wii U, which is promising much and, if US preorders are to be believed, set to be a holiday hit.

So how will the holiday season play out? Looking at how things stand now, I think Nintendo and Sony are well placed. I have a question mark over Microsoft.

The Wii U has got a lot to prove in the market, and I think it’s far too early to guarantee that it will be a successful product in the long term, but launching one month before Christmas is a good move by Nintendo. Regardless of how the Wii U performs after Christmas it’s pretty much guaranteed to be a hit beforehand. The lineup of games is strong enough to entice a broad range of gamers (in no small part thanks to the inclusion of a Mario game), and it’s new hardware; the early adopters are going to be happy to jump on board and pull out their wallets.

The 3DS is almost an afterthought for Nintendo this year, but it’s steadily getting steam through third party output anyway, and almost everyone with 3DS’ will need a couple of months to work through Pokemon Black/ White 2 anyway.

I’ve read some criticisms of Sony that its holiday line-up is way too casual-orientated for the lucrative Christmas period. The big push for Wonderbook, for instance, is not exactly going to wow traditional gamers. There’s also some concerns that the newly-launched PS3 model and the struggling PlayStation Vita are both too expensive for their own good. ‘

But to me it strikes me as rather wise that Sony has conceded that a lot of “real” gamer dollars are going to be tied up by Nintendo this Christmas. By coming up with products that appeal as boxes to stick under the Christmas tree Sony is plaything things smart and distancing its own holiday offering from Nintendo.

There’s a couple of first-party “core” games (PlayStation All Stars) and third-party blockbusters (Call of Duty) that should give the more dedicated Sony gamer something to play this Christmas anyway.

Microsoft has a slight problem in that it is largely relying on two very big eggs, and hoping they don’t drop out of a very small basket. Forza and Halo look absolutely spectacular – it’s impossible to argue otherwise, and in fact the response to Halo 4 at the recent EB World Expo put it up there with the most popular games of the show.

But Microsoft doesn’t really have anything else. Kinect is an older technology now, and the casual market is a fan of buying into gimmicks around Christmas – Sony’s Wonderbook has things tied up there. And again, there are a lot of ‘core’ gaming dollars that are going to be tied up by Nintendo’s upcoming console. This is going to have a draining effect on everything else.

I’m sure Halo and Forza won’t suffer for it, but in terms of customer mindshare, I have to wonder at the Xbox 360’s ability to “win” this Christmas season.

Time to open up the floor – which of the ‘big 3’ will occupy the most time for you this Christmas? Or are you just going to be playing your PC or soon-to-be announced iPad Mini?