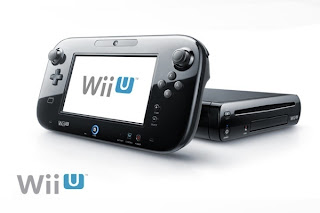 One of the most exciting features of the EB World Expo game recently held in Sydney was the opportunity to go hands on with the Nintendo Wii U.

Most of the launch games were playable at the event, and I got to run through a couple of the games at my time in the booth. To sum up my reaction: the Wii U is a nice console and I have high hopes that the games that will be released on it will justify buying one, but I do think people are going to be very disappointed with its central gimmick, the tablet controller.

That tablet is a nice bit of hardware to be sure. The controller fits comfortably in the hands, and though it’s a fairly heavy device, the weight is distributed expertly. The buttons are soft but responsive, and the control sticks are amongst the nicest I’ve ever played with.

The touch screen itself is noticeably lower in quality than an iPad or other high-end tablets, but it displays colours brightly and, when a game is displayed on both the TV screen and tablet screen simultaneously, it’s nice to see that the Wii U scales the action down perfectly. 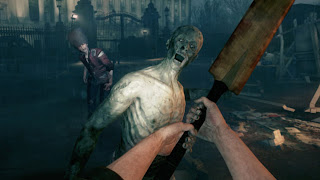 And, in some games it is put to good use as a secondary screen. The New Super Mario Bros U touch screen controls allows a less experienced or younger player to join in the excellent multiplayer without feeling intimidated. By placing extra blocks on the playing field for the other four players to use, that person with the touch screen gets to feel like an integral part of the experience (by providing access to out-of-reach areas), without the stress of the often-difficult platforming. Zombie U meanwhile might not do anything new with the touch screen (Dark Souls did the whole ‘inventory management without pausing the game’ just as well), but by moving the inventory to the touch screen it’s possible for the occasional zombie to get the jump on you. It’s silly B-grade fun for that.

But here’s the overall reality of the Wii U – it’s impossible to have critical information running on both the touch screen and the TV screen at the same time. In the natural hold position for a controller it’s simply too uncomfortable and downright frustrating to keep looking back and forth to try and track everything going on.

This means that the touch screen is actually only good for a couple of purposes – either streaming the entire game content (so rendering the TV screen pointless), for minigames that are the touch-screen equivalent of waggle (and we’ve already seen some of those emerge), or for the purposes of displaying secondary information – inventory, menus, maps, keyboards and the like. Given that games have already had inventory, maps, and keyboards built in behind a single in-game button press, streaming it to a games tablet is more gimmicky than innovative. 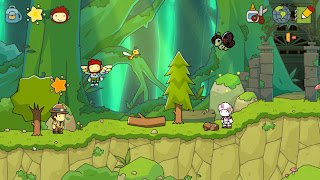 And, considering the games aren’t visually much more appealing than the existing HD consoles (though Mario in HD is a sight to behold), there’s also not much of an initial “wow” factor when playing this console for the first time, which is somewhat disappointing. The Wii offered the promise of a new way to play. The PS3 and Xbox 360 offered HD visuals for the first time. The Vita brought the PS3 HD experience to a handheld for the first time, and the 3DS offered the excitement of glasses-free 3D.

These all made playing those consoles for the first time something spectacular. The Wii U by contrast feels a bit like a “nice to have” – that wow factor just isn’t there when you realise that you’re playing the same games as before, with a couple of minor functions thrown to the touch screen. Not a single game on display, with the exception of the Nintendo Land minigames (which are also too limited for any long-term appeal) did anything that blew me away by offering a genuinely new experience.

Local multiplayer is this console’s real strength to shine, and Nintendo Land did show this off nicely, but local multiplayer is a dying art and of minimal mass market interest. Of course, it’s the software that counts with console releases, and Nintendo does have a good launch line up. I’ve got great hopes that the Wii U will answer the critics of the Wii, that it failed to deliver on its promise; the Wii U has already delivered everything it is promising from the outset. And indeed despite coming away underwhelmed (especially compared to the raw excitement I felt after going hands on the 3DS for the first time), I did go and preorder a Wii U after the event. I just worry that anyone going in to the Wii U expecting the same joy and wonder they experienced with the original Wii may just find this console a little lacking in genuine innovation.