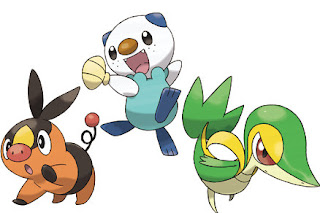 I’m not sure how Nintendo and Game Freak manage to do this: over and over again they repackage the same game and convince us all it’s worth playing again. Pokemon Black and White 2 add the barest minimum of new features over the top of the game engine that has only improved incrementally since the original Game Boy, and once again it’s an essential, addictive game.

Surely just about everyone has played a Pokemon game in the past, and like an American daytime soapie, it’s easy to slip into Black or White 2 after an absence of some years without feeling like you’d missed anything inbetween. For my part my last Pokemon game was Emerald back on the Game Boy Advance, and immediately everything felt comfortably familiar and safe from the outset: my little hero started in a manageably small village, with the choice between three different basic pokemon and an immediate goal to go and find his first “gym” to conquer and medal to earn.

For the first couple of hours then, Pokemon Black and White 2 feels precisely like the kind of game that the series has threatened to throw in for years now – become so staid and predictable that it just isn’t interesting any longer. The pokemon themselves have lost a lot of their creatively interesting design quirks that make the first generations of the game so endearing. 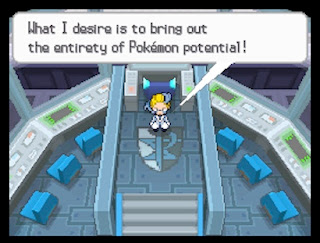 But then the game hits its stride and Pokemon suddenly becomes interesting all over again. There’s some tweaks in terms of new gameplay features that help to add just enough to the basic formula to be worth exploring. The online capabilities of the game are now robust and deep, removing the need to find someone nearby to really take advantage of the game’s social features. The story, while as simple as ever before, does try to give players something a little more genuine this time around.

Even the monster design improves over the course of the game. While I don’t think the series will ever see a collection quite like the universally brilliant design of the original Pokemon Red/ Blue’s relatively paltry 151 monsters, there’s a consistency across the massive number of collectible pokemon in this game that means just about everyone should find a team of six that appeal to them, even as they throw away the reject designs. It would be nice if there was a bit more flash to the battles after all this time though – the basic swipes and splotches of colour don’t make for a particularly spectacular battle, and we know the technology is there to put some flash into DS RPG battles.

The real strength of Pokemon White and Black 2 doesn’t show itself until the endgame, though. Once the story has been completed the goal switches from completion, to developing the perfect team of pokemon for online battling. Surprisingly for a game that still looks as childish and simple as ever, this is a complex and long-term process, involving the breeding of ideal pokemon candidates and then selecting the right pokemon for them to battle to maximise their statistic increases. These are all kinds of systems crunching numbers in the background here that the more casual player never needs to get involved in – they are there for the experienced pokemaster alone, and it’s wonderful to see a game so involved that somehow, hundreds of hours in, it’s possible to be learning new tricks and refining your strategy to play at the elite levels. 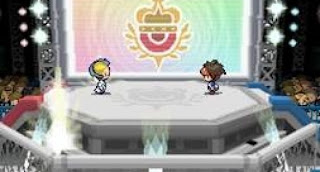 Frankly, these systems a time consuming and very technical process that I personally don’t have the time for, but there’s enough side distractions to last me for a very long time anyway. The pokemon game engine has never really seen any features stripped away, see. Each new generation of game tweaks some of the basic ideas and renames others, but it’s become an amalgamation of little features, minigames and insane levels of collection – in short it’s the nightmare of anyone who suffers from OCD.

Pokemon’s elite competitive nature is what has made the series so formidable for so long. It might be left far behind the rest of the industry in terms of presentation, and indeed it has failed spectacularly to evolve in the years since its original release. But then perhaps that’s exactly what the fans want, and in terms of giving those fans more of the same, Pokemon Black and White 2 remains a very safe purchase indeed.