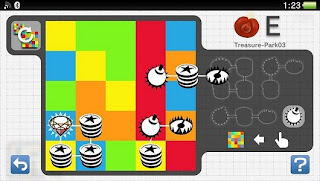 A new, free little application has just been released on the PlayStation Vita that has reminded me of a fact that is a little surprising in hindsight; for a console that is so maligned at the moment with accusations of a lack of support and quality content, the Vita is a console that is brilliant, without actually buying a single game.

That application is Treasure Park; a social little take on the Minesweeper formula that makes heavy use of both your friends list (to exchange puzzles with friends), and Near (to exchange puzzles with random people). It’s a wonderfully simple little game – players create a puzzle by hiding treasure and bombs under coloured tiles, and then other players use clues to figure out where the loot is. Over time you’ll accumulate medals, and your progress is posted to a Facebook-style feed in the application that – you guessed it – friends can “like” and comment on.

As neat as Near is, this is the first time I’ve made heavy use of it, and Treasure Park has been successful in getting me to carry my Vita around again. Elegant presentation and the very social nature has turned it into an application that I easily spend 30 minutes in daily.

And it’s just the tip of the iceberg of free stuff that Vita owners have access to. In terms of non-game software there’s some great skins for Twitter, Facebook, YouTube and Skype. I have the 3G Vita, and I actually prefer these social apps to my iPhone, for the simple reason that the interface is more elegant. Flickr on the Vita is a great way to keep a daily photo journal. Yes, all of this is available on the iPhone as well, but on the Vita for a variety of reasons these apps are more fun. 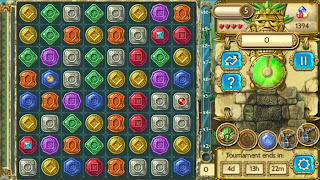 Treasure Park isn’t the only free game, either. There’s three little AR games which are a little light on content, but good fun while they last nonetheless. AR is still too primitive for me to actually pay for it, but when it’s free I’ll mess around with it, and the Vita certainly does AR better than, say, the 3DS.

And somewhat more meaty is Alawar’s Treasures of Montezuma Blitz. A shameless bejewelled clone, Treasures does its utmost to convince you to spend real money on it, but it’s possible to play daily without opening up the wallet, too. With online leaderboards, weekly score tournaments an awful lot to unlock, Treasures is a game I keep coming back to, even over the games I pay for.

And then there’s Music Unlimited. Yes it costs a little each month to enjoy for a subscription (but it’s not a game, so it counts here), but having access to around four million songs at all times is well worth it.

The Vita is more than a games system. It’s a portable entertainment unit, and while many would suggest that’s what the iPhone or iPad is for (and that would explain the lacklustre sales to date), the Vita is more focused on the gaming side of things, and so it is differentiated from Apple’s devices. The fact that you can do so much on it for free is something that deserves far more attention than it’s currently getting.