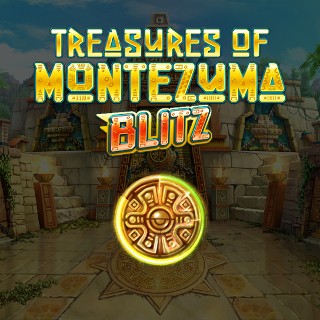 We don’t usually review free games at Digitally Downloaded – after all, what’s the point when you can simply try the game for yourself, but I felt compelled to review Montezuma Blitz on the Vita, simply to point out its existence if nothing else.

See, Montezuma Blitz is a lot of fun, and has had me dusting off my poor Vita more than anything else of late. It’s from Alawar, so its heritage in iPhone/ Android gaming is obvious from the outset, but that’s not to say it isn’t worth looking to. While it tries hard to make people pay to unlock all the goodies, it’s perfectly playable without playing a cent – it’s just going to take a while to get the good stuff.

The game itself is a basic match-3 puzzler in the vein of Bejewelled Blitz. Games are limited to 60 seconds a time, and the idea is to try to earn high scores by the usual process of chaining and activating power ups. The game is entirely controlled through the touch screen, and it’s both responsive and easy to work with.

What’s interesting here is that you’re limited in terms of how many power ups you can take into any give 60-second game. Furthermore, these power ups cost “gems,” of which you’ve always got a limited supply. Doing well at a game will earn some gems, and every day you’re gifted a handful of bonus gems, but the only way to play this for hours on end is to fork over real money for virtual sackloads of gems. 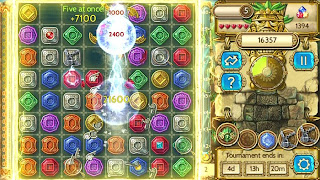 But this game doesn’t work for play sessions of hours on end. It’s the perfect toilet companion game, to be frank – that minute of downtime when the day’s work becomes just too stressful. And in that context, the game offers more than enough gems to keep you going.

There’s a couple of features designed to keep you coming back every day. There’s regular tournaments, where you’ll compete against the others on your friends list for high scores (and rewards). There’s a levelling system that unlocks the better power ups, and XP is slow to come by, so maxing out is going to take some work.

So, yes, Montezuma Blitz is the personification of Facebook and iOS casual gaming ported to the Vita, but it’s fun and great in short bursts. I’d like to see more of this on the Vita. An ecosystem of these games would help differentiate the Vita from the 3DS (which doesn’t do freemium gaming), and iOS (which doesn’t do game experiences like Gravity Rush).

Let me know if you’re playing this game, so I can have more people to compete against on those leaderboards!