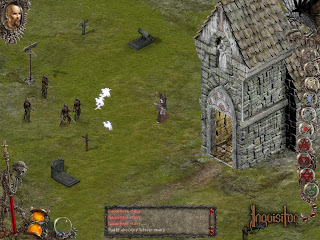 When I read that Inquisitor was promising around 150 hours of gameplay, the 12-year old in me squealed in joy. I’ve always loved the idea of epic quests, stemming from when I played Dungeons & Dragons and a quest would take months of weekly gaming sessions. Going from level 1 to 20 in those days could take the better part of a year, and that process was something to genuinely look forward to at the start of each campaign.

I’m older now, and I like to think I’m wiser. When my first mission in Inquisitor was to run around a fair sized town killing barely animated blobs of grey that were meant to be bats before I was going to be let into that town I realised that perhaps these developers misunderstood the point of long games. Or, in other words, I don’t think it occurred to anyone who sat down to develop this game that being long for the sake of being long was not a smart design strategy. I very nearly gave up on the game entirely in the first hour when I realised that I missed a bat on my first trip and I needed to do another lap of the same town. When a 150-hour game gets repetitive in its first hour you’re off to a very bad start.

Inquisitor is indeed long for the sake of being long. Over and over again I felt that there was story elements and dialogue thrown in simply to suck up more of my time, so inane they were, and quests were five times as long as they needed to be simply so that players would spend five times as long wandering through a too-large dungeon. 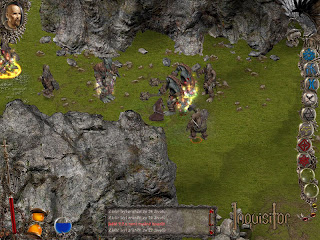 In the full interest of disclosure, I have not finished Inquisitor. I’m about 40 hours in. Now, under normal circumstances you might say “how can you review a game after only playing through ¼ of it?” Under normal circumstances that would be a fair criticism. But I’ve played 40 hours of this game. 40 hours of amateurish dialogue, animation that looks like characters are shuffling around with arthritic knees, and 40 hours of generic environments that would have looked plain ten years ago. The overarching plot, so far, is nothing that we haven’t seen in other Dungeons & Dragons-inspired games in the past. Yes, there is the somewhat interesting twist that you’re playing as an inquisitor (usually the bad guys, given their propensity for torture and executing innocent people) in an approximation of the real medieval era, but nothing in this game has surprised me so far. I’ll say it again – that’s 40 hours with nothing new to latch on to.

I’m open to the possibility that the game might elevate itself beyond being brutally generic over the next 110 hours of play or so, and who knows, I may even finish this game because the statistics system running underneath it is nice and meaty. As a guy who loves playing around with RPG stats, the game’s menus laden with awkward interfacing and too-much information was like a playground, but it’s going to be a grind. And if by some miracle the game does morph into a game with a plot on par with, say, Nier, then I don’t know whether I’d be impressed that the game made the jump, or offended that I needed to waste over 40 hours of my life to get there. 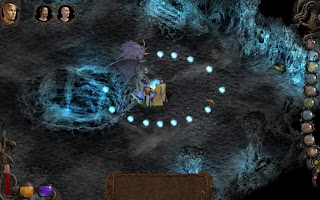 I can’t make this clear enough: This is an ugly game with millions of lines of barely-interesting dialogue and story exposition. It’s got a quest system that isn’t even close to the elegance of something like Skyrim. For all that though, there is something compelling – let’s call it an X-factor – that is struggling to breathe under the avalanche of mediocrity.

See, Inquisitor has been in development for some 11 years, and unlike some other game projects that took that long (hi Duke Nukem), this is clearly a project of 11 years of passion. It’s like an epic RPG Maker project that is finally completed. Perhaps it was never meant to be a commercial hit (in fact, it’s almost guaranteed not to be), but it’s hard not to feel glad that a small team of very committed RPG fans were able to realise their dream game.

It’s almost – almost – worth supporting because 1) it’s so pure in its intent to be the biggest, lengthiest RPG that you’ll ever play that it’s oddly charming and 2) actually finishing it deserves to be a gamer badge of honour. The difficulty of the game is badly balanced (good luck balancing a game of this size – even Bethesda struggles there), and it looks every bit the 11-year old game, but for a game all about demons and boundless evil Inquisitor has soul.

And you know what, like a favourite toy that has broken down from being loved too much, I kinda like that it’s sitting there in my collection, even if I never do play with it again.

Why the PlayStation Vita is great value, even if you don’t buy a single game