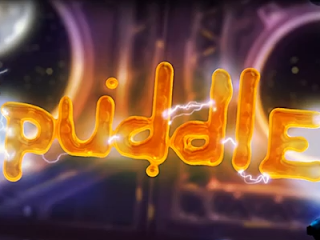 There’s something to be said for simplicity. In a world full of titles like Street Fighter IV and Left 4 Dead 2, both of which boast countless different required buttons and customisable control configurations, some games are all the better for just going with the bare minimum. Puddle for the PlayStation Vita seems to take this notion to heart and it results in one of the most distinct experiences you’ll find anywhere.
Puddle is indeed so straightforward that it can be controlled with just two buttons from start to finish. In fact, if you’re using one of the gimmickier control schemes, you can play the game with none at all. Equally basic is your goal: manipulate various liquids down tubes to reach the end of the level. There are no enemies to fight or coins to collect. It’s all to-the-point.
Of course, that doesn’t mean Puddle is as shallow as its title implies. Neko Entertainment has clearly gone out of its way to prove that you can have a deeply engaging experience with so little at your disposal. You’ll be tasked with pressing switches, handling explosive substances, sliding flasks on conveyor belts, and even taking on bosses. The “boss battles” (if they can be called that) are ingenious, since your goal revolves around defeating yourself rather than a generic big baddie. 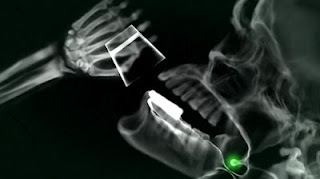 Throughout the game, you’ll control different liquids that bear specific properties. For example, water is particularly vulnerable to evaporating when in proximity to fire, so you’ll want to speed through the tight sections of levels with heated zones. Meanwhile, the substances in the human body can be used to open up pathways. Other times, what you control is more for artsy opportunities than genuine gameplay revolution. Some may try not to think about controlling the innards of a decaying rat as art, though…
The fact that the liquid controls similarly to actual fluid provides some challenge to the game. If you go too fast, droplets will get left behind. On the flip side, there are rewards for completing each level with speedy times. You have to pace yourself in such a way that you keep the majority of your liquid intact whilst still pressing onward. Since 95% of the game is just about manoeuvring substances rather than objects, you have to be inventive with your thinking and time your movements just right. Many levels can be tough, but they’re always gratifying when you reach the end goal. Should you be having trouble, the game has the generosity to let you skip up to four levels.
As I alluded to earlier, there are several different control schemes. The four options should mean everyone can find an easy way to control the game. Unfortunately, though, the rear touch pad control ultimately ends up feeling like it was shoehorned into the game for the sake of demonstrating the Vita’s features. The analog stick is somewhat better, but suffers slightly in that the liquid doesn’t feel as if it is truly reacting to it. Your best bet is the left and right triggers or the tilt controls, the latter being genuinely immersive at the rare cost of performance. Still, you know you’ve made something solid when you force a reviewer to complain about mere options. 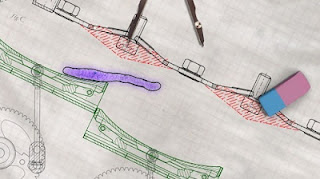 I’d wager that the only concern with Puddle lies within its greatest asset – the minimalism. Since you’re always using the same mechanic, you might reach a saturation point about 3/4 into the game. I had no qualms about soldiering on, but I can see where others might. Perhaps this one is better suited to shorter sessions to ensure the ingenuity prospers.
What really allows the game to ooze personality is the artwork. It’s probably nothing you haven’t seen before, but it works incredibly well within the contexts that the liquid gets placed in. Watching blood flow through the human body in an x-ray style view and fertilizer knock over seeds provide refreshing settings for video games. The graphical style also erases any spec of remaining comparisons to WiiWare’s Fluidity.
While I am torn about calling Puddle as a game “art”, I am convinced that it resembles it in some capacity. Even though numerous levels are typical journeys to then end, some have an overarching sense of subtle storytelling. If you’re feeling particularly giddy, you can turn off the game’s timer and liquid bar and just control the world in motion, becoming more entranced with controlling the liquid than actually playing. When you’re not interacting or thinking, Puddle is just fun to look at. 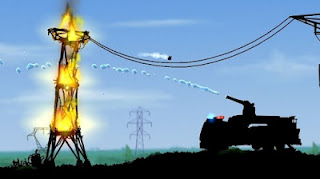 As for content, the game packs around 50 levels. If that sounds insufficient (which it really shouldn’t), it’s worth noting that many of them can be fairly extensive. Combined with the fact that there are bronze, silver, and gold medals to collect for each level, you should have no problem getting your money’s worth. A little more and this could pass for a retail game.
Puddle probably won’t sell you a Vita since it exists on other platforms, but it will make current owners quite grateful for the splendorous OLED screen. Regardless of what genres you enjoy, Puddle is a game worth buying and Sony’s handheld is the ideal place to do it.
-Clark A