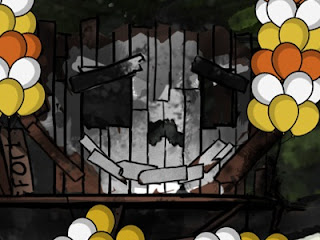 Do you believe in magic, in a young girl’s heart, how the music can free her whenever it starts? And if it’s magic, if the music is groovy, it makes you feel happy like an old-time movie. I’ll tell you about magic, and it’ll free your soul, but it’s like telling a stranger ’bout rock and roll.

It’s still incredible how songs of the 1960s can so perfectly convey emotions even in this day-and-age. Anyways, today’s daily deals on Steam are much more action-oriented although a few strategy games are hidden. However, there is a wide array of action games; whether you want your superhero power fantasies or a psuedo-realistic spaceship simulator, those tastes are catered to. The following prices are in US dollars only;

Indie Bundle 10 is here, with the games on offer being All Zombies Must Die!, Beat Hazard, BIT.TRIP RUNNER, Eufloria, and Machinarium. If you’re unsure about Beat Hazard or BIT.TRIP RUNNER, I can definitely guarantee deriving enjoyment from the titles if you are into musically-driven games.

The current Community Sale is the Age of Empires III: Complete Collection for a measly $9.99. The next Community Sale will go live in a little over seven hours and either Star Wars: Knights Of The Old Republic, Ys Origin, or Dungeon Siege III will be in the spotlight.

The Flash Sales are slightly complementary to today’s theme represented in the daily deals and slightly not. Here is the rundown;

Recommendations, recommendations. To start off, I seriously hope you consider buying a Serious Sam game, specifically either The Second Encounter or Serious Sam 3: BFE. They are classic FPS games with the difficulty cranked up to 11. However, keep in mind that Serious Sam 3 does take about two-to-three hours before it really shows its roots as a Serious Sam title. I also recommend picking up either both or one of the Batman games by Rocksteady Studios, Batman: Arkham Asylum and Batman: Arkham City. They are easily the best superhero power fantasy games I have ever played and both of their stories are surprisingly intriguing. However, keep in mind that both of those games use Games For Windows Live, which is still terrible. If you still have time, I highly recommend picking up Super Meat Boy. It’s a hard-as-nails platformer that truly does want you to die at every possible jump and turn. If you’re looking at the Prince of Persia games, I can say that Prince of Persia: Sands of Time is definitely worth the money. While the game is old, it still manages to be entertaining and is well worth revisiting every now and again. Also, do not bother with Prince of Persia 2008; it is an average game that likes the player to backtrack a lot. Finally, I do recommend Torchlight but with one exception; if you can stand the grinding, the game is worth the Diablo-esque vibe it gives off. While I understand that games of those nature require grinding, the game just forced me to grind too much to the point that I got annoyed. Other than that, the game is quite solid.

The weekend discussion: “How big is your games backlog?”