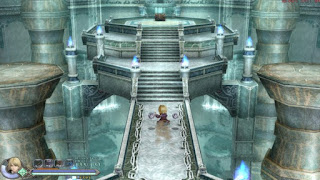 Ys: The Oath in Felghana was a game that succeeded in pushing the boundaries of what a remake should be. Ys Origins uses the same engine as that title and isn’t quite as focused, but to dismiss it as a lazy entry in the series would be a huge mistake. It features enough gameplay differences to warrant purchasing even if you’ve already played Felghana.

True to its title, Ys Origin seeks to tell the history of the world of Ys. It takes place several hundred years before series protagonist Adol Christin was born, slotting itself in as the first game in the franchise’s chronology. Instead of playing as the said red-haired sword master, you’ll take up arms as either Yunica, Hugo, or an unlockable character. Your goal as either character is to rescue a pair of deities that have gone missing and are needed to restore balance to the world.

While both characters go through a very similar quest up Darm Tower, each one features a different script. You can later unlock one of Hugo’s relatives, which helps to further reveal the game’s plot. Perhaps because this story was created many years after the third Ys game was released (the one that later became Oath in Felghana), I found this plot to be far more engaging. If not that, it must be due to more sympathetic, individual protagonists who stand out much more than Adol. 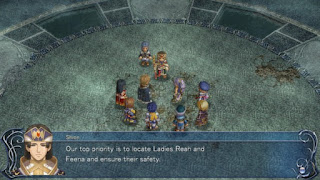 Yunica and Hugo are quite different in terms of gameplay. Hugo offers distanced magic attacks whereas Yunica brings on the physicality with her axe and sword.Yunica offers traditional hack-and-slash gameplay, Hugo feels somewhat inspired by the arcade shooters of the 90s (without feeling out of place in an action RPG, impressively enough).
Regardless of the character you pick, this is an adventure for the ages. Most of your time is spent going down corridors battling foes and leveling up your protagonist as you progress the game’s plot. It’s about a 9:1 ratio of action to dialog. Several moments require you to stop and think to solve a puzzle or use items. Speaking of items, there are a few rings you obtain during your quest that aid with progression. One of the earliest rings allows you to increase your jumping distance when attempting platforming segments. The character growth then allows for progressively better challenges.
You’ll also bump into the occasional boss battle, many of which are influenced by the first two Ys games from the 80s and 90s. These behemoths will test your skill thoroughly, particularly if you’re on the higher difficulty settings. The change of pace is welcomed, even if you’re really just switching from killing common foes to one big baddie.
It’s also worth noting how pivotal to the game the setting is. The majority of the happenings take place inside Darm Tower, a place that houses an evil force. It might seem like a boring idea to play in only one locale, but this tower is surprisingly varied in design.
While Oath in Felghana focused only on Adol’s perspective, Origin successfully expands by featuring diverse characters that offer tremendous replay value. You’ll want to go through the game three times so that you can experience the intimacies of all the characters. The relative linearity of the tower layout does start to make this feel a bit redundant around the third play-through, though. Still, clocking in at around 10-15 hours per character play-through, there’s a sufficient amount of content to warrant the $19.99 USD price of admission. 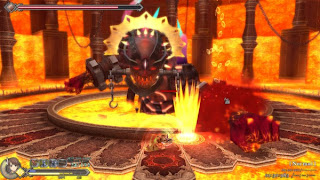 So, what’s really wrong with the game? While this should be fixed in the future, I should note that I encountered several crashes. That’s hard to get mad at given the easily patchable nature of the Steam platform, but it revealed the annoyance that some cutscenes can’t be skipped. It’s a bit of a pain to sit through things you’ve already seen before or simply don’t want to watch for whatever reason. For example, my game crashed right when I was about to reach the first save point, subsequently forcing me to sit through nearly 30 minutes of opening cutscenes once again. That Origin’s biggest issue is just a mere programming oversight speaks volumes about the quality of its gameplay.
The visual style is virtually unchanged from Felghana, what with the game using the same engine and all. It’s another top-down adventure with minimalist character models that get the job done. Aside from an abundance of dubious-looking haircuts, the characters and their portraits look quite charming. The backgrounds and areas go beyond the basic characters, sporting expansive polygonal models. You’re also in for a similarly glorious soundtrack. The 90s rock-inspired tunes do a phenomenal job of suiting the game’s constant battles.
If you’ve played Oath of Felghana on the PC already, Ys Origin is basically more of the same with a greater emphasis on variety. In this case though, “more of the same” is a serious asset in Ys’ favour considering the series’ pedigree. It lacks the same degree of polish, but makes up for this with multiple characters and an engaging narrative.
-Clark A

Lollipop Chainsaw’s four-hour runtime is not a problem, guys