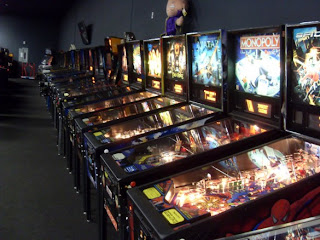 The new battleground between the Nintendo 3DS and PlayStation Vita is the pinball game. In one corner is the 3DS with the rather brilliant Zen Pinball and Marvel Pinball. In the other is The Pinball Arcade on the Vita. Zen Pinball is going to win this bout, but while Pinball Arcade is not up to those standards, it’s a fine title in its own right.

The key thing to remember going into this game is that it aims to be authentic. While the Zen/ Marvel tables take some liberties to make themselves more accessible to the console format, The Pinball Arcade takes some of the most classic pinball tables every developed by the likes of Gottleib and Williams.

And as such, it’s difficult to criticise the design of the tables. These things were designed to be addictive to keep the coins flowing into them, and addictive they are. There is an eternal thrill to knocking a metal ball around a table exploding in colour and with all kinds of nooks and crannies to find, worth massive point values. 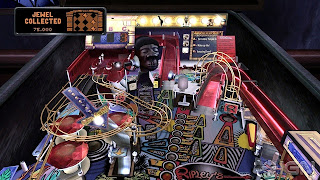 These tables have all been lovingly recreated and on the Vita’s gorgeous screen they look stunning. The physics engine is realistic to a fault, trumping the more abstract physics of Zen Pinball. The key word is, though “to a fault.” Because the ball moves so realistically, it’s also quite fast, and because you’re not able to see the whole table all the time on the Vita screen, this speed can cause mistakes to happen. Those looking for a faster-paced game than the relatively sedate and strategic Zen Pinball games will be right at home here.

The authenticity hurts this game in other, more significant ways though. These tables, so accurately recreated, are decades old. As electronic entertainment, they are retro to then point of being primitive. Some get a kick out of that, whether it’s nostalgia or a preference for simple entertainments. These people would also buy a Game & Watch game, though. There’s nothing wrong with that, either, aside from the simple fact that a game like Zen Pinball demonstrates just how far game design has come. Zen Pinball features minigames within the tables, and multiple different objectives to achieve. Pinball Arcade’s tables are relatively straightforward, and so they don’t really last as long. 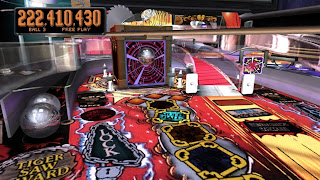 The colour and the sound effects are all spot on, though, and the trophies help to give the tables some longevity. It’s really, really hard to criticise this package, because it was made with genuine love for one of the classic forms of entertainment. But pinball has died as a mass-market form of entertainment for a reason, so that loving authenticity works against the game in terms of being able to recommend it to everyone. Where Zen Pinball is a fun game first, and pinball second, Pinball Arcade is pinball first, and pinball second, and only pinball fans are going to enjoy this one. For that small group of players, though, you’ve just got a reason to fall in love with your Vita all over again.