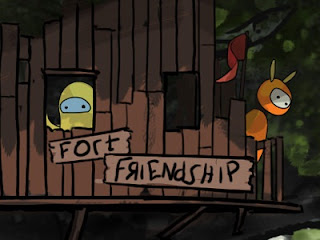 Today’s deals all either involve guns, swords, or cities, a combination of two, or all three. Aside from that tid-bit, I would argue that this day is so far the best day of the Steam sale. There is a little bit of something for everybody, with platforming fans, strategy fans, stealth fans, and a variety of shooter fans having something to sink their teeth into. All prices listed below are in US dollars, like the previous days;

Also hitting today is Indie Bundle 4,  what I also consider to be the best indie bundle of the Steam Summer sale so far. The bundle includes A Valley Without Wind, Atom Zombie Smasher, Blocks That Matter, Sanctum, and Superbrothers: Sword & Sorcery EP. This bundle can be purchased for a small $10 US.

Again, the dreaded Flash Sales still exist and here are what they for this very moment;

The current community sale vote is Legend of Grimrock with a pricetag of $5.99. The next community vote between Bastion, Terrraria, and Dungeon Defenders is scheduled to end in close to 150 minutes.

Recommendations time; if you are a shooter fan and you do not own Serious Sam 3, buy it. If you can get past the first few hours, you will find the Serious Sam core experience that is thrilling as it is difficult. I also feel the curve of excitement is perfectly balanced; right after the game throws you a hard challenge, it ever-so-slightly ups the ante and continues to do so until the final boss, at which point the game has reached its climax. If you happen to see this post before time is up, I would recommend Killing Floor. Although it only has on game mode, it does it extremely well and it is a blast to play if you have some friends. If you happen to see this post within the hour it is posted, I highly suggest picking up Magicka. It’s a fun little spell-combining game that has its own unique sense of humor that is very charming. Finally, I do recommend the original Trine. The game is a fun little puzzle-platformer and it has a very calming vibe to it. Trine also looks really pretty, so that is another plus.