Sometimes its important to play games that will make you think.

As a leading art form, video games can be  – and should be – used to convey more than entertainment. Just as film and television have documentaries and writing has non-fiction, video games offer an opportunity to share real and important stories. Indeed, the interactive nature of games, and the potential for high engagement and high impact, means that games can be particularly poignant at that.

We don’t see too many of these kinds of games, but the upcoming Ukraine War Stories is going to be a good example of one. A few years ago there was the controversial, but brutally powerful Liyla, which shared the misery of the Palestinians at the hands of Israel. In 2019 there was Bury Me, My Love, which told the story of refugees and what they endure. 1979 Revolution was more fictional in the characters, but built with a documentary eye and recounted, from the ground, events that led up to that monumental moment for Iran and the Middle East.

And Ukraine War Stories, which releases for free on October 19, is a harrowing work of journalism, collecting the stories of the civilians that have been affected by the nightmare invasion. 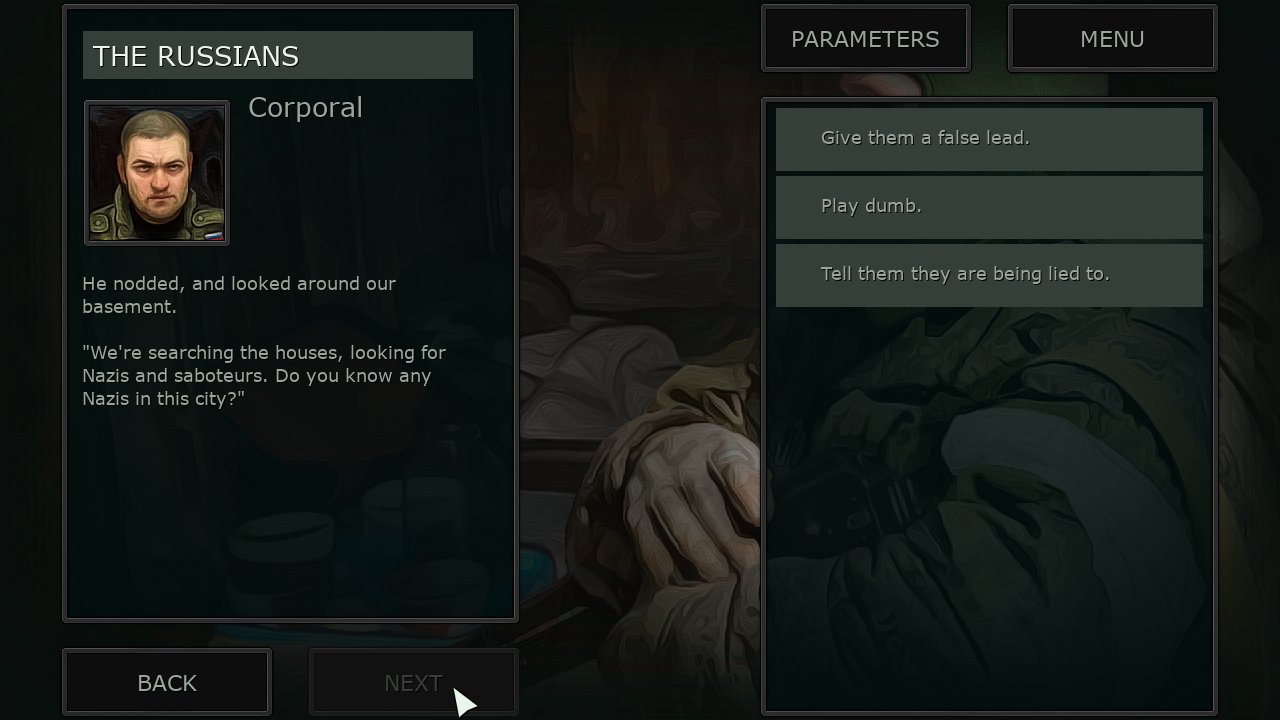 Ukraine War Stores is a collection of three short visual novels that highlight a range of different scenarios, though in each, the common themes are courage and resourcefulness, sacrifice, pain and despair. Having never been in a war zone myself I can only imagine what the experience must be like, and perhaps the greatest strength of the game is that it keeps it simple. Rather than try and be overwrought or exaggerate the existential terror that these people must be experiencing, the writing instead aims to be matter-of-fact, and almost journalistic in tone, and allow people’s empathy to draw the emotion out of it. Gameplay, likewise, is wisely simple. There are multiple endings to each VN, based on your decisions, but we’re not talking about complex decision trees here. The developers keep it all simple so you can focus on the words.

This is obviously a personal work from the developers, who are Ukrainian and have developed the game in Kyiv as the war has raged around them. They’re offering it totally free (so no DLC, no in-app purchases), so they can maximise its reach, and this is potent, important work they have done. However, and in complete fairness, the developers would have benefitted from working with actual journalists to present these stories, and because they didn’t the work doesn’t quite reach the potency of the better war chronicles that are being written about Ukraine (and other parts of the world).

In writing an article on these kinds of games for Northeastern University, Cody Mello-Klein wrote: “Games aren’t just pure entertainment. In fact they haven’t been for quite some time. They can tell emotional stories, start thought-provoking conversations and address real issues. 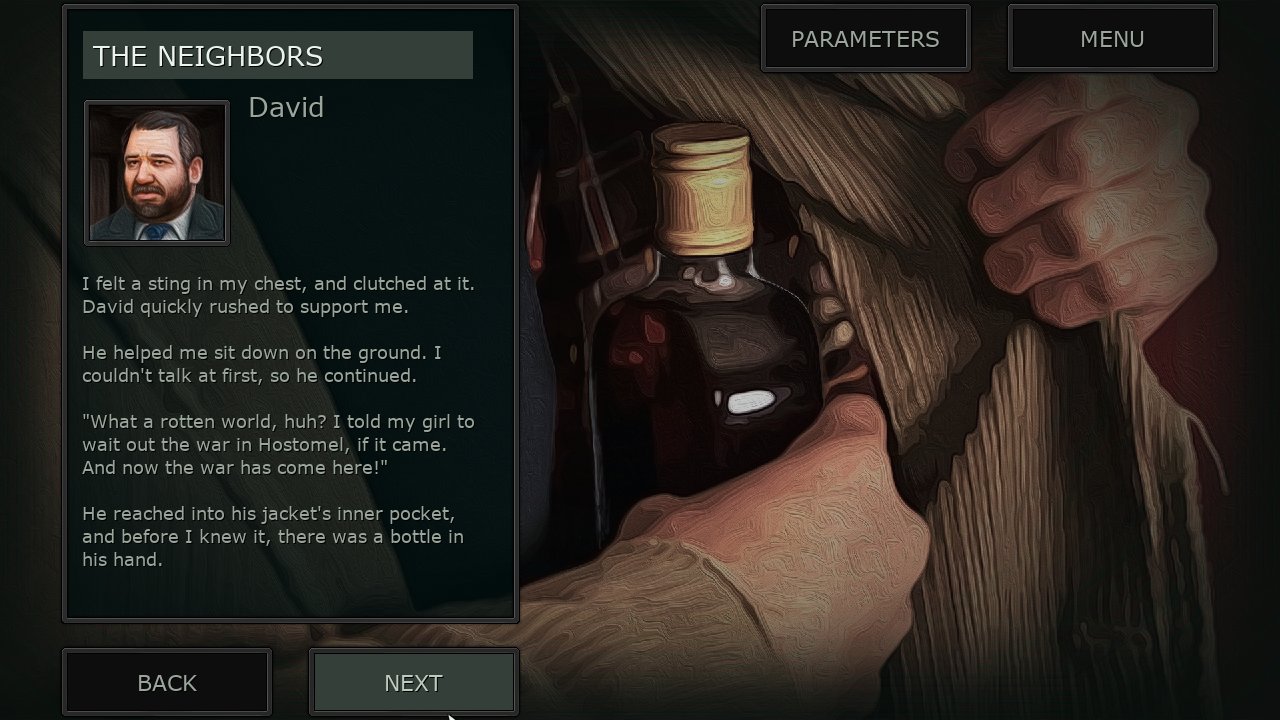 “But all of that requires hard work and the kind of attention to detail that journalists use every day. If developers continue to take this more grounded journalistic approach to research and development, collaborating with journalists may be a necessary part of the process. Although game designers have a lot to teach journalists about engaging with audiences in the digital age, it may be worthwhile reminding developers to make room for some shoe leather between all the lines of code.”

I do agree with this. Journalism is a unique kind of storytelling, and even novelists and film writers aren’t necessarily good journalists (and vice versa). Starni Games got the project 90 per cent of the way there in doing the research, collecting the stories, and building a perfectly functional visual novel engine around it.

Where they fell short, slightly, is in writing some fairly poor journalism. Their work would have been far more compelling, rich and evocative with that extra level of expertise working on the project. I’m sure that there would have been some reporter in Ukraine willing to help them out in this area, so it is something of a missed opportunity. 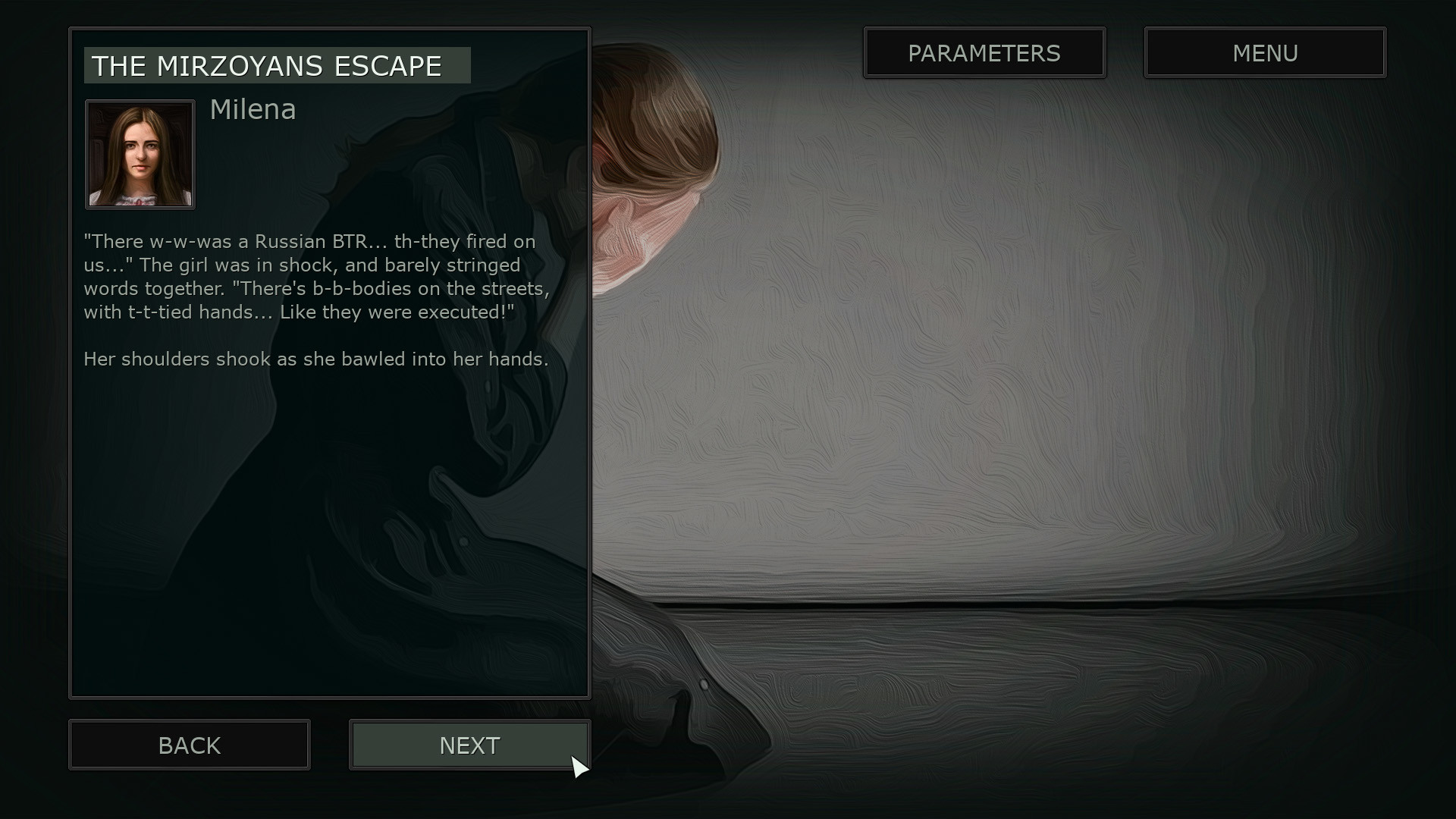 However, that’s not to take away from the power of the stories themselves. The fact that these are real stories and this game (with art taken from real photos) means that this is a real statement of historical record and on that basis, it should be kept in museums and everyone that has a PC should play it to better understand what’s going on over there.

It’s not necessarily pleasant to play – I’d be worried if you went into a game like this expecting to be entertained – but it’s important that we start to use games for these kinds of chronicles.

I wouldn’t normally link to a game’s store in a “review” like this, but since this is a totally free game and I really do think that everyone should play it, click here.

Bushiroad (the company behind the likes of Cardfight!! Vanguard) has…

Ebi-hime is one of the most inspiring VN authors. Specialising…