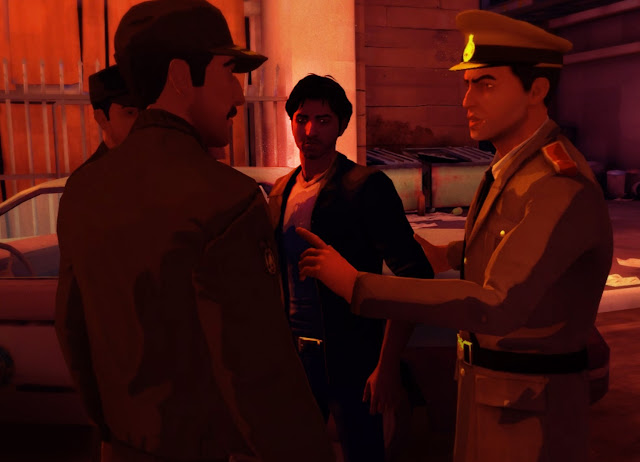 It’s almost impossible to find good quality information about the Middle East out here in the west. Whether it’s a look at the historical context of the Middle East, or a contemporary view of the volatile region, it’s nearly impossible to break through propaganda and ideology to arrive at something – anything – that holds a seed of truth to it.

Related reading: Our review of 1979 Revolution’s original release on PC

Even when there’s an attempt to set a story within the region, in most cases it’s a heavily ideologised and almost exclusively tole from the perspective of westerners and how the events affected them. Consider Argo. Academy Award-winning Argo. A film about the Iranian revolution which made it all about a tiny group of Americans, gave no substantial voice to the Iranians… and then greatly embellished on history in the process. That’s why 1979 Revolution: Black Friday is such a critical, and valuable game. Play this, and you’ll walk away with a far healthier understanding of what actually happened in what is perhaps the most historically significant revolution in modern history.

For a brief bit of context, for people who aren’t familiar with the events of 1979; Iran was, at that point in time, being ruled as a monarchy, by a Shah (King), that had been installed by the CIA and other western powers to keep Iran as a puppet to their interests. Before the Shah, Iran was being led by a hugely progressive and democratically-elected man who wanted to take back control of his country by nationalising the oil reserves. He wanted to do that because the western nations were exploiting with little economic value flowing back to the Iranians. 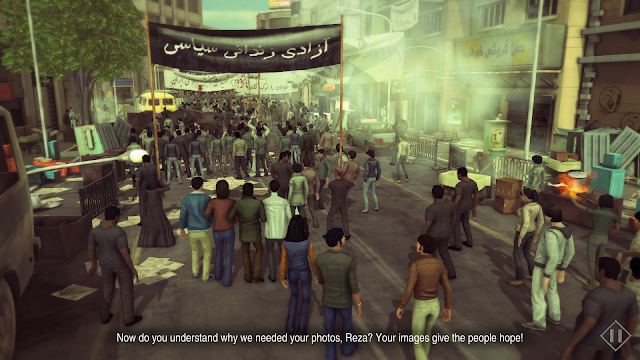 That man was overthrown by a CIA-instigated coup, and the Shah was placed in power. This Shah was not popular. He brutally cracked down on anyone that questioned his rule. And so a number of charismatic Islamic leaders started to speak out, and the seeds of revolution were sown. The next time you wonder why there is such hostility between Iran and the west (particularly America), understand that it’s because the Iranians were rightfully furious with the way America played kingmaker (literally) with their country, and that anger was all the Islamic clerics needed to drive a grassroots takeover of their country, and hold it together ever since.

With 1979 Revolution, you get a view of events around the revolution from the ground, from the perspective of the Iranians themselves. You play as a photographer who is chronicling the sheer scale of the protests that led to the revolution itself. You’ll get a sense of the various ideologies that were driving the revolution (the Islamic fundamentalists won in the end, but groups as far reaching as secularists and communists also participated in the conflict of ideologies within the revolutionary movement). Much as with a narrative adventure game like Life is Strange or the Walking Dead, your role within the game is to make a series of important decisions for the photographer, which ultimately determines the path that the story takes; are you going to be a violent protester? Who within your revolutionary group are you going to accuse of betrayal when there’s an attempt on the leader’s life? The stakes are high in 1979 Revolution, as is the emotion and passion of everyone involved in the events, and so many of the decisions are genuinely hard to make.

You’ll also get a sense of so much of the culture and tradition of the country as you play. You’ll be constantly unlocking tape recordings of speeches from Islamic clerics, which do a marvellous job of explaining how their charisma and ideology was able to solidify the people against a brutal regime and foreign influence. You’ll also learn about the traditions of hospitality, food, and entertainment of the Iranian culture. People often forget among the endless propaganda that many of the cultures that make up modern Iran are ancient, with thousands of years of art and tradition forming the patchwork that define these people. It’s clever that 1979 Revolution serves as a reminder of this culture’s love of poetry and literacy, and their deep traditions around hospitality and social manners. It needed to. For the longest time the Middle East has been the boogie man, so without those humanising details it would be hard for many players to relate to the story that it tells. 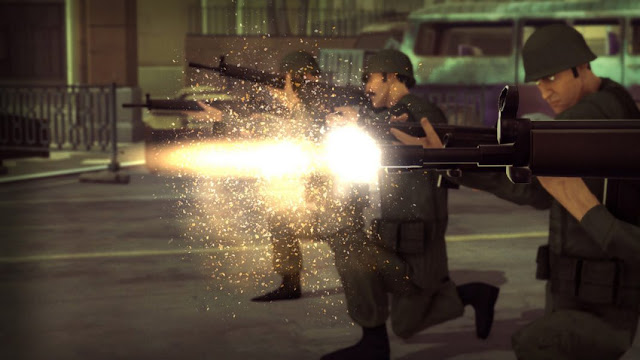 It’s worth noting that 1979 Revolution also doesn’t take the side of the clerics, nor excuse their behaviour subsequent to the revolution. I want to avoid spoilers, but what happens to the photographer protagonist makes it explicitly clear that the games’ writers form a distinction between the ideology that swept up so much of the country, and what the Iranian people ended up with afterwords. Iran isn’t the only country that’s gone through a revolution only to end up with a nasty government in power – the Soviet Union, Cambodia, Cuba, France, North Korea and others can all share notes there – but Iran is certainly one of the most extreme and enduring examples of that. Indeed, 1979 Revolution has been banned in Iran for the uncomfortable truths it tells around the regime that took power.

The game is wise to focus the story on the people, though. The human stories that are brought out of the game, supported by the use of real photos taken through the revolution, give the game an sense of humanism and authenticity that help elevate it beyond the political debate. So often through the game you’re asked to take in-game photos of what’s going on around you, and then you’re shown a photo taken from the actual revolution. As a result the game feels like something akin to real photo-journalism. It’s a fictitious story, though based closely enough on real people and events that it should be considered to be authentic.

A lot has been written about the potential for video games to tell meaningful (not just entertaining or intelligent, but impactful) stories, and to join film and literature as a source of education and historical record. Despite the potential, we still don’t see too many genuine attempts at that, but games like 1979 Revolution give me hope. Not only is it hugely enjoyable in its own right, focused as it is one one of the most dramatic moments in living memory, but it has also managed to completely upstage an Academy Award-winning film that looked at the same moment in history.