Incredible value for its price... just don't expect to play AAA-blockbusters on it.

I finally have a Windows handheld console. See, here in Australia the thing is that they’re not all that easy to come by. The Steam Deck isn’t available here yet, the Ayaneo Next is over $2,000, and while the Ayaneo Air looks like a good option, it’s not landing until October. But I wanted a Windows handheld, so I turned to old mate Anbernic. This Chinese manufacturer has long been a favourite of mine for retro emulation consoles, and the new Win600 was a decent price ($500 in buckaroos). Until I knew I wanted a Windows handheld console for sure, $500 was my upper limit to risk on these things.

The Win600 is obviously compromised compared to what Valve and Ayaneo are offering. You’re not going to want to be playing AAA-blockbuster games on it, and it struggles to emulate beyond the PlayStation One, N64 and Dreamcast – consoles that my Retroid Pocket 2+ already had licked (with HDMI support for TV play, which the Win600 does not do). After discovering the emulation limitations I was admittedly disappointed. I did have visions of replaying Lord of the Rings: The Third Age (the best FFX clone you’ve never played), Project Zero 2, Baten Kaitos, King’s Field IV, Clock Tower 3, Lost Kingdoms, Beach Spikers and a bunch of other games on the go. I bought the console expecting that it would be the “next level” of emulation for me, but it’s just not quite there.

But then, after a little more play I was okay with that because I realised that I absolutely love this thing for other applications. Namely, Steam, itch.io and visual novels.

I’m sure I’ve said it somewhere on DDNet in the past, but one of the main challenges I’ve had with PC gaming is the way I’ve compatamentalised PCs as work tools. I spend a dozen hours per day mashing keys for work on these things, I don’t want to then turn around and do it some more for my entertainment. Consoles provide that nice, neat break that allows me to enjoy the game without feeling like I need to Windows tab back to the never-ending pile of Word docs I have pilled up. 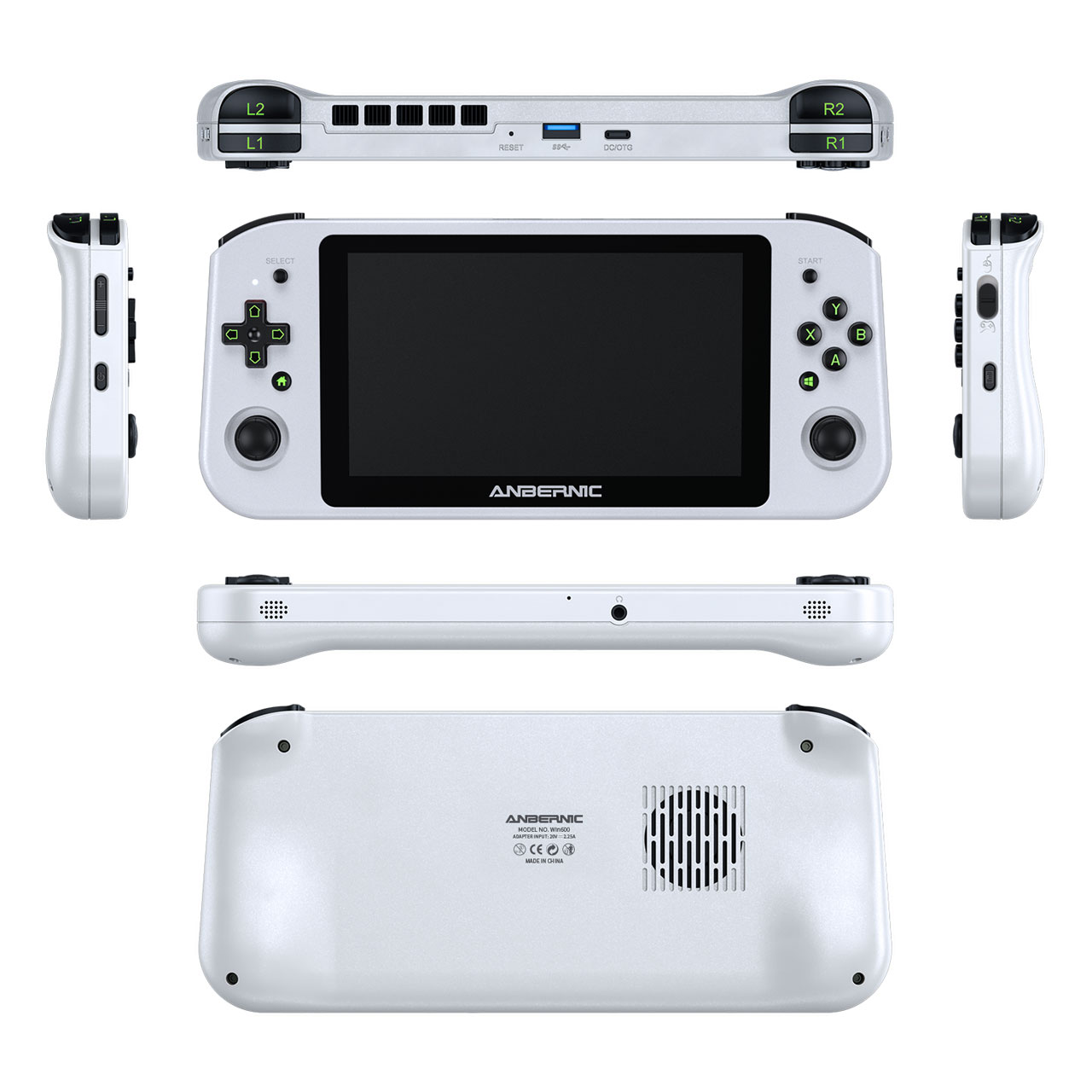 At the same time I do have quite a big library of Steam games built up now. Most of them are review codes, but there’s also the occasional game I bought when I was on a train and console-less, or simply never got released on console. I also love itch.io as a platform, and most of those games will never land on console. Finally when it comes to visual novels… well, as fans of that genre know there are certain features of visual novels on PC that you’re never going to see on console (I’m talking about sex, if I was being too subtle there. Sometimes you just want the damn sex scenes to be left in the game).

So the Win600 has been a really neat solution to this psychological block that I have with PC gaming. There’s no way you could use this device to be productive – you could install Word and Excel and browsers on it, but the screen’s too small and you’d need to pair up Bluetooth keyboards and mice and why would you even want to? Instead, I can use this just for PC gaming, and for that the device is really good.

It’s limited in the sense that the games you want to play will need to have controller support, as the virtual keyboard and mouse are hardly adequate for anything but no-pace VNs, but that’s fine, it still allows for a big range of titles. The Win600 might not be robust enough to play the bigger modern games, but I’ve loaded mine up with stuff like Persona 4 Golden, The Last Remnant, World of Horror, various Final Fantasies up to and including XIII, Europa Universalis IV (which isn’t a native controller game, but you can get by well enough with some patience to learn how the buttons work), Wizardry: Labyrinth Of Lost Souls, Elimage Gothic, Eiyuu Senki, and a bunch of board games and visual novels.

And also my own game! I loaded Week on the Water onto the Win600 just to take a jokey screenshot of my game “on a console” for Twitter… and ended up loving playing through it this way. I really am going to have to look at getting these things onto the other consoles…

But I digress. The point is that even though the Win600 is redundant for me as an emulation device, and I’ll just keep using the Retroid Pocket 2+ for that stuff until I get a more powerful device that does PS2 and Gamecube, I found a purpose for this handheld and I’ve really loved toying around with it.

It has a nice screen with good brightness, and while the lack of HDMI and SD Card storage expansion is disappointing there is a USB port for memory sticks or external hard drives. You can also connect it to Bluetooth controllers, which I did do after making a little stand for it, because I’ve got a bunch of 8BitDo controllers and those things are right up there with the most enjoyable controllers I’ve ever used. Still, when I’m playing in bed or in the, ahem, throne room, the Win600’s built-in buttons are really nice, being both soft but responsive to press.

I only really have two issues with the Win600, now that I’ve become comfortable with what it is good for and what I’ll be using it for going forwards. The first is the storage issue, that I touched on above. The unit I have only has 128GB of memory, and a chunk of that is taken up by Windows. With no SD slot, I’m stuck hooking up external hard drives or USB sticks, which isn’t the tidiest way to handle things. That’s a solution that works fine for itch.io games, but less so for Steam, which wants to install to the HD and I’m far too lazy to figure out how to re-route installs (and then juggle between the ones on the device and the ones on the sticks).

With that said, 128GB of memory does actually go pretty far given that you’re not going to be playing Sony or Rockstar blockbusters on it. Most of the games the Win600 does handle are less than 10GB, and I’ve ended up with 25 installed on my device with a few GB spare. Nonetheless, it’s a real weakness, and I highly recommend that if you do pick up one of these units you pony up the premium for whatever the biggest storage option is.

The other issue is the battery life. It absolutely sucks.  A solid hour or so of pretty much any game and the Win600 is going to need a recharge. This severely limits its portability (not that I’d play this on the train because that big screen is inviting scratches with open arms). Worse, though, it even limits its function at home. Perhaps I want to read my VN for longer than an hour before bed, Anbernic. The battery dying just before the good bits ain’t cool. Yes, you can always plug in an external battery to give it a bit more juice, but, again, it’s not the most convenient solution.

Those gripes aside, I really love the Win600. I have an Odin Pro on the way (which I am hoping will be the PS2 and Gamecube device), and I’m seriously considering an Ayaneo Air for the bigger budget games, but even once I have those two devices, the Win600 is going to replace my Switch as my go-to for visual novels (boobs mode on and all that), and it’ll be my little toy for the itch.io experiments and indie stuff on Steam. Given that this device is so cheap for a Windows machine, and really part of just the first generation of these devices, the handheld gaming market is about to hit all-new levels of excitement.

We need to stop mistaking characters in games, books, and other art forms for people