The Retroid Pocket 2+ is my… 20th emulation console. I think. It might be even more than that now, as I’ve grown to rather love this little hobby and I’ve lost count of the number of the things I have. In the time since I started getting into this hobby two years ago, I’ve become familiar with the compromises involved with these devices. They often come close to the standard of the “legitimate” consoles, but are inevitably held back by one or two (or more) issues that remind you that they’re not the product of a large, major corporation. The Retroid Pocket 2+ – something of a remaster of the already popular Retroid Pocket 2, is the closest to an uncompromised console I’ve encountered so far. The fact it’s on the lower end of the price spectrum is icing on the cake.

To start with what the Retroid Pocket 2+ emulates: It does older consoles perfectly, of course, and has been flawless with everything up to and including the Dreamcast, Nintendo 64, and PlayStation One/PSP. Yes, that means Skies of Arcadia, Soulcalibur, Crazy Taxi and Dead or Alive 2, folks. In the week I’ve been testing it, I’ve encountered just four games that don’t run right: Sydney Olympics 2000 on the Dreamcast doesn’t load at all (I have no idea why), while Body Harvest and Gauntlet Legends on the Nintendo 64 are a buggy mess. This is an issue with the emulator rather than the console, though. The same goes for Phantasy Star Collection on the GBA, which experiences some weird graphical distortions, but that has also been the case on every device and emulator I’ve tried to date. Given that I’ve tested around 50 Dreamcast games, 100 N64 games, and dozens of PlayStation One, four misfires, none of which have anything to do with the hardware, is a pretty good hit rate.

The Android operating system that the console runs on has both GameCube/Wii and PlayStation 2 emulators at this point, but that pushes Retroid Pocket 2+ beyond its limit. They’re not really playable due to plunging frame rates, which is a pity because I really want to get stuck back into Beach Spikers and Lost Kingdoms. I would expect that at the rate both hardware and emulation software is progressing devices towards the end of the year will probably nut those two consoles down. Unfortunately, the screen of the Retroid Pocket 2+ is just a little too small to make splitting it for Nintendo DS games worthwhile, so I didn’t bother. I also didn’t test PSP, but given that the PowKiddy x18s runs both of those perfectly, and the Pocket 2+ is similarly powerful (and running the same emulators), I would assume that you’re right there if you want to use the console for those games. 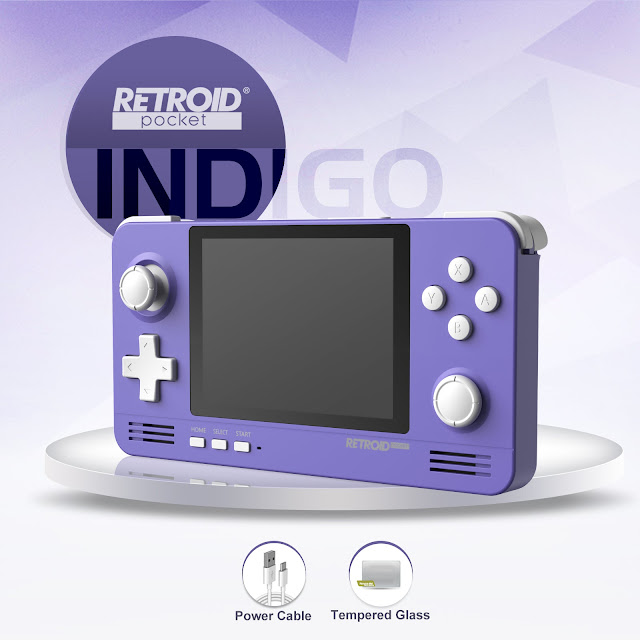 It’s at this point that I have to marvel, and not for the first time, just how incredible these devices are as a modern archiving solution. I have every single GB, GBA, GBC, and SNES game on the device, as well as around 200 PlayStation 1, 100 Dreamcast and 130 N64 games, and the 256GB memory card isn’t close to full yet. The vast majority of games on all of these platforms are under risk of being lost to history and so, while I’ll break out my Nintendo Switch for the legitimate copies of The Castlevania GBA collection or the Final Fantasy Legends collection, rather than rely on these devices (as I did before the legitimate versions were released), being able to play something like Skies of Arcadia, which will almost certainly never be released again, is a downright gift. Remember, folks, saving these games is better and more morally righteous than letting the IP owners bury them.

What has really elevated the Retroid Pocket 2+ in my estimation is how plug-and-play it is. With so many of these retro emulation consoles, you need to go through a process just to start playing, including fiddling with settings, poor user interfaces, and downloading and tuning emulators. For people without plenty of tech experience, it can be intimidating. However, the Retoid Pocket 2+ is very different. The first time you switch on this console a little message pops up saying “hey, do you want us to set everything up for you?” Select “yep, save me the headache, pals!” (that might not be the precise wording of the option), and a few seconds later your device is ready to go, emulators all downloaded and primed for the device. All you need to do is pop the SD card with the games in, point the emulator to the right SD card folder (the most complex bit of the whole process, but still easy for anyone who has used computers to any serious degree before), and away you go.

The console has all the tools it needs to be a fully featured device. Micro HDMI means that you can play your games on your TV when at home. Paired up with Bluetooth controllers and you’ve got yourself the perfect retro home setup. You’ll probably need to remap the buttons on your controller, but again, this is really easy to do within the emulators. The operating system itself has an overlay that allows you to monitor the performance of your emulators, and even take screenshots, record, or stream gaming, and that overlay is nice and discrete when you’re not using it. All this software also seems more stable than with the PowKiddy, with no crashes to report as yet. Finally, because it is Android-based and there’s a touch screen, you can also use it for Android games (Genshin Impact, for instance), apps (it’s a surprisingly comfortable device for reading Australia’s ABC News on and using Twitter), and non-gaming entertainment (the screen is nice and clear for YouTube, Netflix or… uh, you could use it for a certain website for adult content on the go). 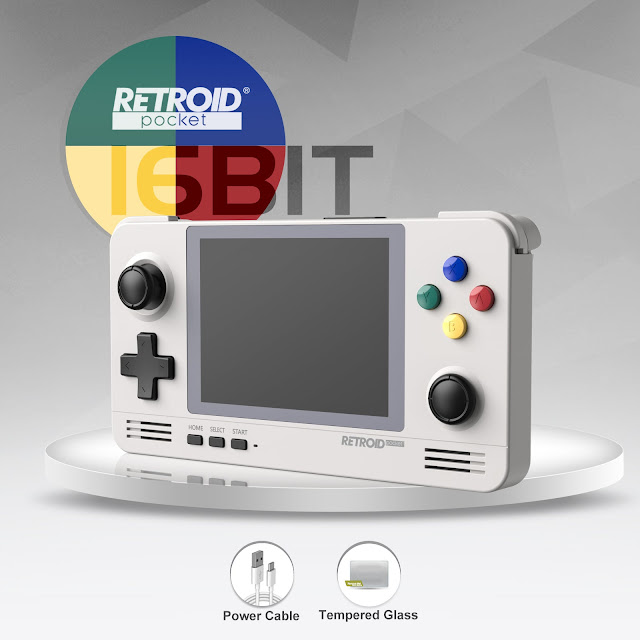 Now comes the “but”, because while the Retroid Pocket 2+ does all of the above beautifully and has instantly become my go-to device for retro gaming, it still has a few issues. One is the buttons. For the most part, this console has gorgeous buttons and a stunning control stick. They all have nice press, resistance and travel on them, the D-pad is soft but tactile for fighting games, and the shoulder buttons have a short, sharp “click” for action games. However, the secondary analogue stick, on the right-hand side of the console, is overly sticky and the ultra-low profile means it’s not comfortable to use for anything, and one of my buttons seems to have suffered a manufacturing flaw. Most disappointingly, and I doubt this is universal across all Retroid Pocket 2+es, but my “B” button feels like it has an air bubble or something under it, which makes it overly soft and “squeaky” to press, and sticky on the depress, meaning it doesn’t feel good in comparison to the other buttons at all. I remapped my GB and GBA emulators in an awkward way just to avoid pressing that button as much as possible, and it means that if I’m going to be playing a console that uses all the buttons (Dreamcast), I’ll probably be waiting to get back home to use the Bluetooth controller.

The other issue is the touch screen. The bottom third of the screen is bugged in some way that makes press recognition patchy at best. It’ll eventually work if you keep tapping away at it, but you’ll need to tap a fair few times. The top two thirds of the screen works perfectly fine, so for me that was mostly an issue with Twitter, but that flaw’s going to mess with a bunch of Android games that you can’t play with a controller instead.

Those issues sound more significant than they are. Overall the Retroid Pocket 2+ is an exceptional emulation console, with good build quality, well-designed software and UI, and the right level of power for almost any console you’ll want to emulate before getting into really dubious moral territory. And it’s cheap! Perfect for beginners, useful for people who already have a collection of retro emulation devices, the Retroid Pocket 2+ is an essential device for anyone who enjoys retro games on any level.