Lollipop Chainsaw is back!

Dragami Games’ CEO Yoshimi Yasuda has announced that Lollipop Chainsaw is back! How? Nobody knows! James Gunn, the game’s cowriter, celebrated the game’s 10th anniversary on Twitter last week – but he also said he hadn’t heard anything about remastering the game. Is it a remaster? It could be. Or you could read further into Gunn’s statement and say no, it’s not a remaster, so it must be a sequel! Basically, something was announced but nobody knows what. I find that incredibly amusing. 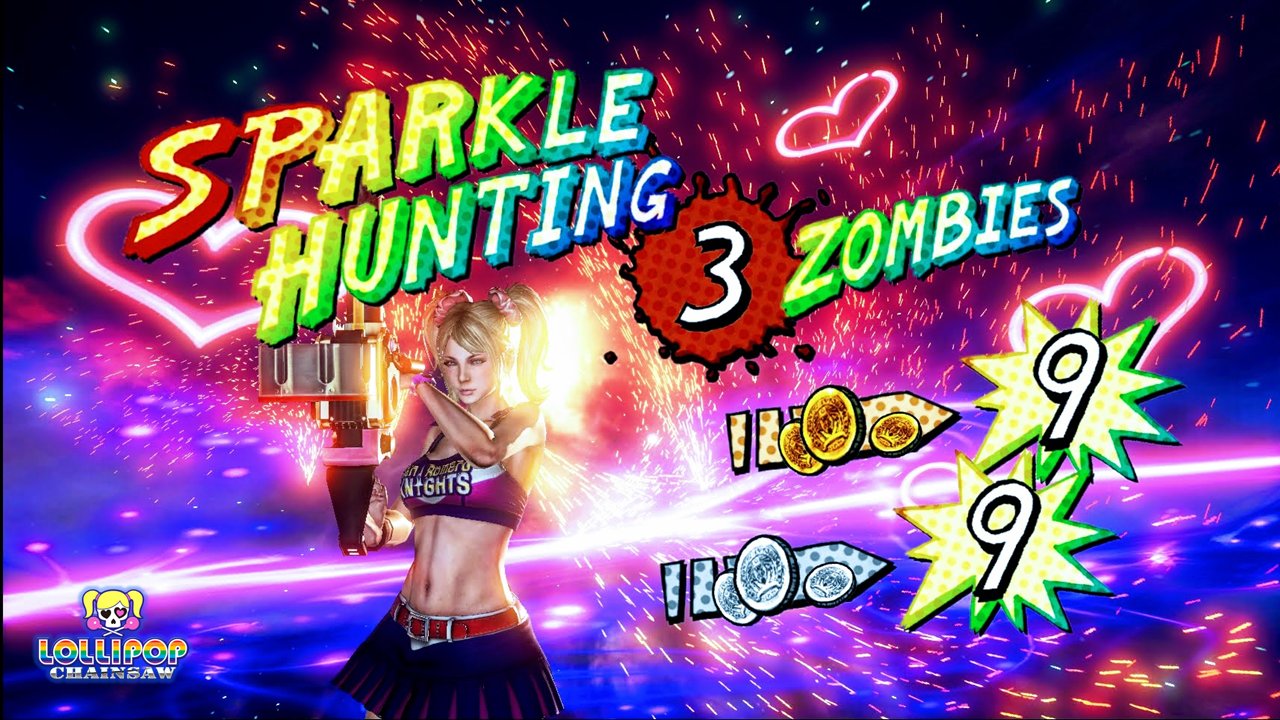 Lollipop Chainsaw is a favourite at DDNet, mostly due to its subversive takes on the world. The game is best described as hack-and-slash and follows Juliet, a high-schooler on her way to meet her boyfriend. To get there, she’ll need to fight off zombies at a fictional high school. Things go badly. Nick ends up as a talking head. Juliet reveals her family are all zombie hunters. It’s great. The game was a collaboration between Gunn and game designer Suda51, which explains just about all of it. Matt wrote an article back in 2012 explaining why the game isn’t sexist, though it may seem like it at first glance; read that here.

Lollipop Chainsaw first released for Xbox 360 and PlayStation 3 back in 2012. Now that I think about it, there’s a very good chance I still have my copy!

The second of the three-game Final Fantasy VII remake was always known to exist, but it’s now officially been announced. The first was literally called Final Fantasy VII Remake, while this second title is Final Fantasy VII Rebirth. And it’s expected relatively soon: “winter” 2023, which I gather to be Q1 2023 (feel free correct me if I’m wrong, I hate seasonal launch date targets for this reason – it’s needlessly confusing). Anyway, here’s our first look at the game:


Final Fantasy VII Rebirth is one of four Final Fantasy VII projects being developed at once. Fans of the series are absolutely obsessed with the original game, and the first of the remakes, so learning there are four projects on the go revolving around this one story makes a lot of sense. Final Fantasy VII Remake Series Creative Director Tetsuya Nomura states, “Although each of the four titles plays a different role, they are all connected through the high-quality depictions of Final Fantasy VII‘s world and characters.”

Sword and Fairy: Together Forever for PlayStation launching worldwide in August

The latest entry to a 26-year-old franchise is almost here! The latest standalone entry in the series, Sword and Fairy: Together Forever will be released for PlayStation 5 and PlayStation 4 in early August. In Japan, physical editions will be launched at the same time. For the west, physical editions will be available at some point, with information to come from eastasiasoft. The game is described as a standalone chapter that also pays tribute to the series’ legacy. Prepare to enter a realm that blends ancient mythology with traditional aesthetics.


There are three clans: Human, Deity, and Demon. The game puts players in control of a party of characters, each with unique personalities, motives, skills, strengths, and weaknesses. The game introduces real-time combat mechanics to the series, complete with total freedom of movement and fluid skill animations. Players can switch between playable characters as they wish. Meet and care for spirit creatures that will help in the journey. Explore interconnected environments, use new skills, and play mini-games in this action-RPG.

Developed by Softstar and published by eastasiasoft, Sword and Fairy: Together Forever will be released for PlayStation 5 and PlayStation 4 worldwide on August 4. These versions will feature four outfits and a weapon not available in the PC version.

Labyrinth of Galleria: The Moon Society launching in the west next year

The successor to dungeon RPG Labyrinth of Refrain: Coven of Dusk, Labyrinth of Galleria: The Moon Society, will be coming to the west in 2023. The game features new improvements focused on enhancing the gameplay experience (but what those specifically are is unknown). Whereas Labyrinth of Refrain follows Dusk Witch Dronya and her puppet soldiers, this new title follows a wandering spirit who has been summoned by Madame Marta. The soul-infused puppets remain a staple to the game, of course.


Delve into the depths of the underground labyrinth, filled to the brim with enchanted monsters, to unearth the Curios d’art that lies within. The game is said to last over 50 hours, with a cast of fully customisable companions. Use pacts and pepper soldiers to customise a team of up to 40 fighters.

Developed by Nippon Ichi and published by NIS America, Labyrinth of Galleria: The Moon Society will be released for PC via Steam, PlayStation 5, PlayStation 4, and Nintendo Switch in early 2023. It will include full audio in English and Japanese. A physical limited edition is available in addition to the digital versions. The game first launch in Japan in late 2020.