TMNT is a seriously well-established brand in 2022. However, if you weren’t there in the late 1980s and early 1990s, it’s easy to underestimate just how ubiquitous the adventures of Leonardo, Michelangelo, Donatello and Raphael were… if you were a certain age. The Turtles of that era were relentlessly marketed towards young kids, with everything from toys to pizzas, t-shirts to bedsheets and plenty more besides available to deplete parental wallets.

It was a far cry from Eastman and Laird’s original gritty Daredevil parody comic – or indeed the quirky and now nearly forgotten TMNT RPG, Teenage Mutant Ninja Turtles & Other Strangeness.

Seriously, that’s what the TMNT RPG was called, but this was years before the cartoon was big in any way at all. A big high five out there to anyone who remembers or played it back in the day! 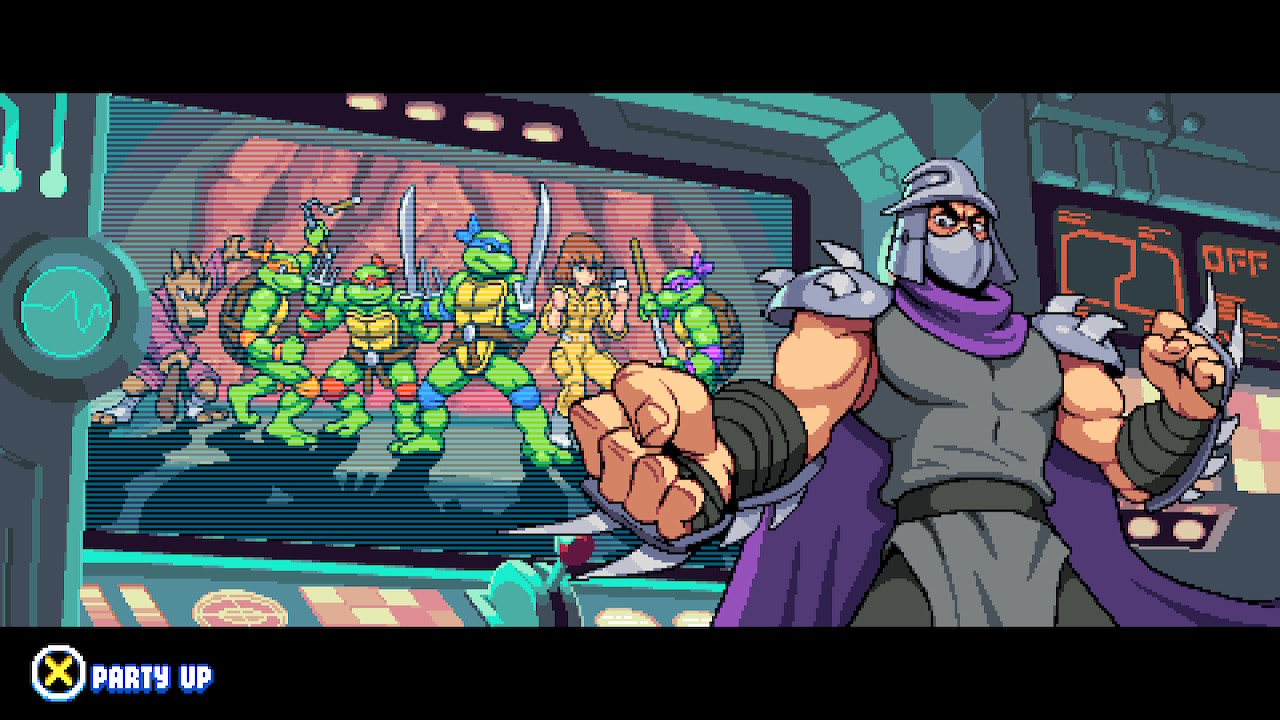 The reason for this whole preamble is that TMNT back in the day was a young kid’s property for the most part, and few over the age of about 12 would be seen dead near anything turtles related… with one exception. That exception was Konami’s 1989 four-player scrolling beat-em-up, simply titled Teenage Mutant Ninja Turtles. The Turtles arcade game was a huge hit, no matter your age. I genuinely couldn’t tell you how many 20c pieces I threw into that thing at the time, and for some years to come.

The TMNT game spawned a few sequel beat em ups – Turtles in Time for arcades and SNES, Hyperstone Heist/Return Of The Shredder for the Mega Drive – and, sadly, scores of other mediocre Turtles games as well. The promise of TMNT: Shredder’s Revenge is that it’s a return to the good old days of mindlessly beating up hapless Foot soldiers in the thousands, only better.

Better, because of course there’s been visual advances in the following (gulp) 34 years, but also because it’s got 6-player support online or on your sofa, and an expanded roster of player characters as well.

There was a certain magic to that first TMNT arcade game, and part of its appeal was that anyone could just start playing with virtually no instruction. That’s not quite the case for TMNT: Shredder’s Revenge, which does have a lengthy intro tutorial covering a whole raft of new gameplay mechanics and moves.

At first, I thought they might have spoiled the magic with too much complexity. Hitting someone with a Sai shouldn’t involve too much control input, unless you’re talking TMNT: Tournament Fighters, that is. Thankfully, that’s not the case; if you do opt to skip the tutorial, you’ll still be able to get to the ninja action without too many problems.

Developers Tribute Games were responsible for similar titles like Scott Pilgrim Vs The World, while publishers DotEmu brought us the excellent Streets of Rage IV. It’s fair to say they know the basics of making an enjoyable beat-em-up title. 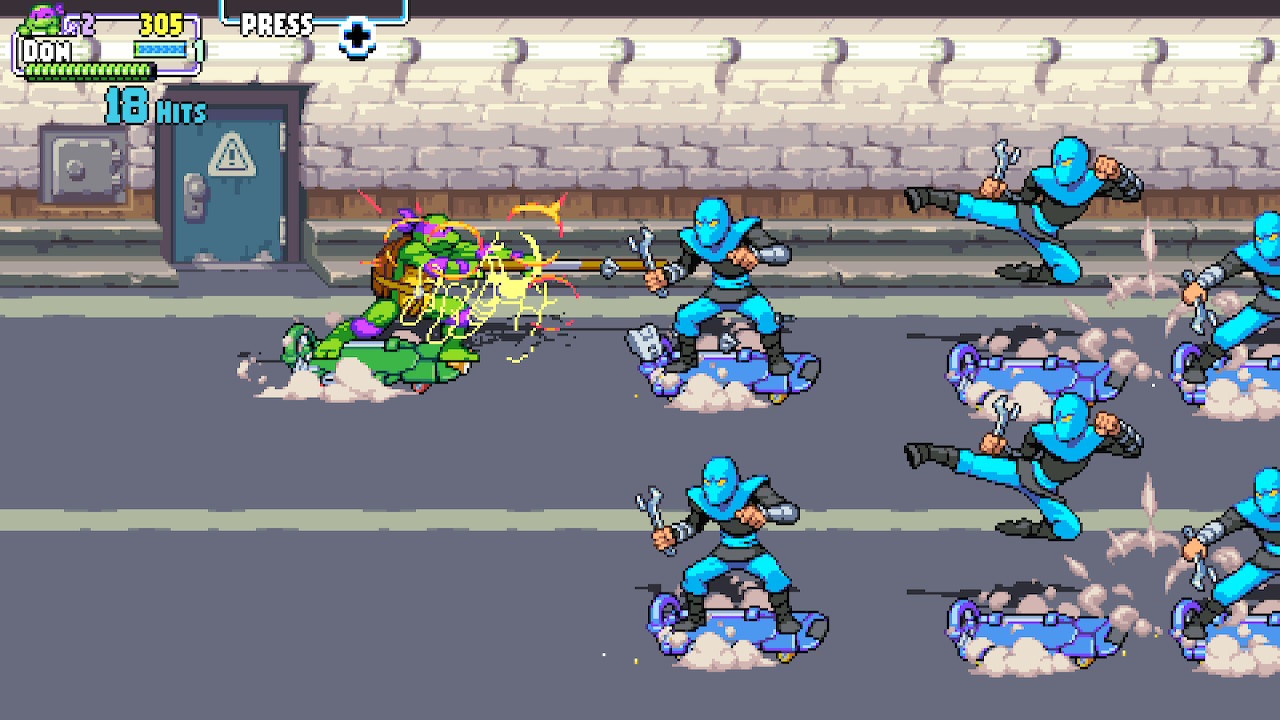 TMNT Shredder’s Revenge is split over 15 “story” levels, as well as an optional Arcade variant with limited credits for that authentic “I only have so much spare change” feel. While there are several levels on hoverboards that call back to the classic console titles, this is still just a beat-em-up title. Like most of the genre, if the appeal of whacking a comically proportioned mutant rhino on the snout with a big stick eludes you, you’re not going to get quite as much out of Shredder’s Revenge. Then again, if that doesn’t appeal to you, we are very different people, because virtually speaking, that’s a good time to me.

Still, while I’m being critical, levels in Shredder’s Revenge aren’t massively long. At anything but “Gnarly” difficult, they’re not that hard, either. In regular modes, you could rip through the entire game in under two hours, and I’ve done that on both Switch and Xbox Series X for the purposes of this review. Why play through a short, slightly repetitive beat-em-up twice, you might ask? Because it’s fun, and that’s the critical element that Shredder’s Revenge gets absolutely dead right.

Each of the Turtles – and optional combatants April O’Neil, Splinter and Casey Jones – has their own unique attack styles, speed and combinations to learn and enjoy. As an example, only Leonardo can do a double spinning slash jump – it’s the swords, you see – while Raphael has one of the most brutal German suplex moves ever seen outside a wrestling game. 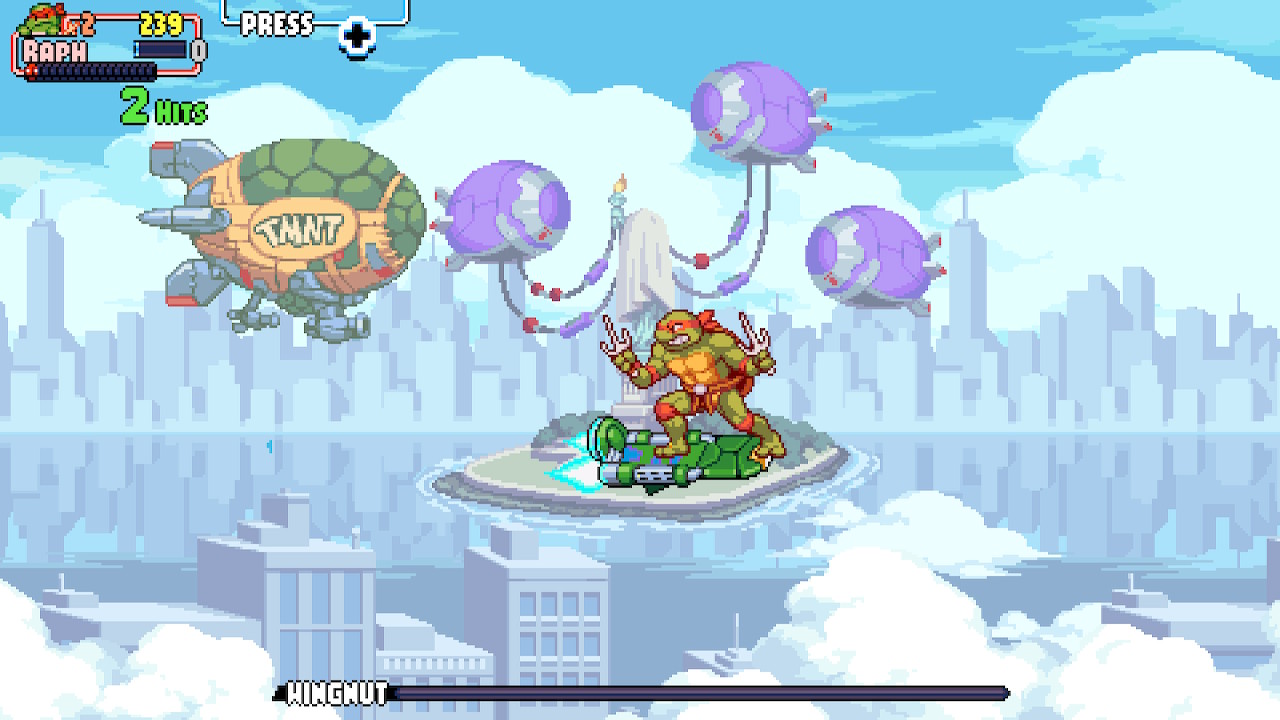 The addition of super moves, dodges and power meters adds depth while not sacrificing on the ease of play that makes it highly accessible, which is great game design for the mass market.

It’s also fun to discover the smaller in-jokes and callbacks. However, I will say that the “taunt” mechanic, where your character quips while doing something character appropriate does grate after a while. It’s the easiest way to quickly top up your special meter, so expect to hear the same quips a LOT. Or in other words, Michelangelo, we GET that it’s PARTY TIME. You don’t need to tell us every five seconds.

Played solo, Shredder’s Revenge is fine, but it’s when you can get together a group of friends to play locally that it absolutely catches fire. The ease of play makes it an ideal social game, and there’s plenty of fun to be had fighting foes, reviving each other and of course cursing out the person who steals the precious life-preserving pizzas. Online play is supported, but is it as much fun to play with random online combatants as it is your sibling sitting on the sofa within punching distance? I’m going to say no. 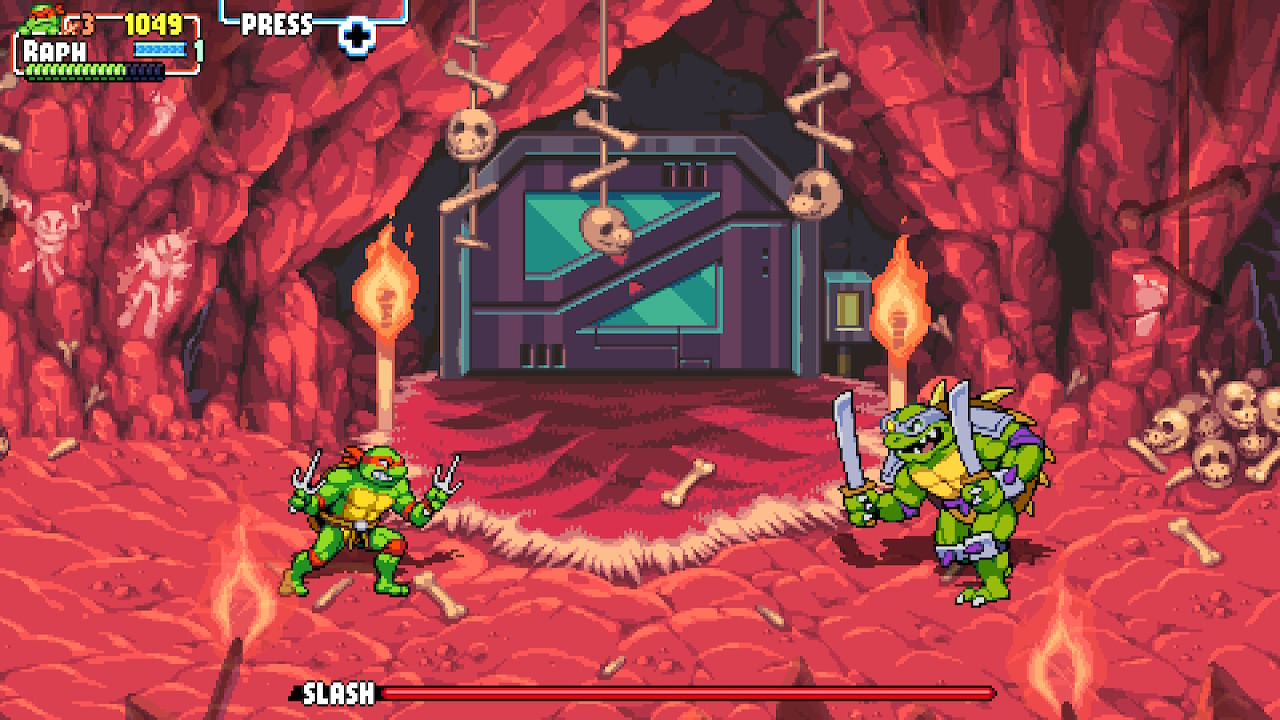 Just like the original Turtles game, Shredder’s Revenge isn’t particularly deep. The comparison to Streets of Rage 4 is an apt one, because that’s a game with greater length and more overall combat complexity to it. If you were going to play just one semi-recent beat-em-up, that would be the one I’d recommend to the purists. That doesn’t mean that Shredder’s Revenge is a lesser game. It’s just a different expression of fun, better suited to more flippant play styles and absolutely ideal for social play.

It’s also nice to see that it’s priced accordingly. Price is of course not a total determinant of game value, but without opening that can of worms too wide, it’s on the cheaper side for a “new” game.