This is obviously a little joke game that was made and published as a meme. They’re not charging anything for it (of course), but I’m including this one because… it is such a great idea. No, really. Loituma Girl gave us Leekspin, which gave us Hatsune Miku, but the whole thing originally was just a little clip of Orihime from the anime, Bleach, spinning a leek around to that iconic song and… what better way to make use of the Playdate’s unique, spinning crank arm? Pure genius, this. 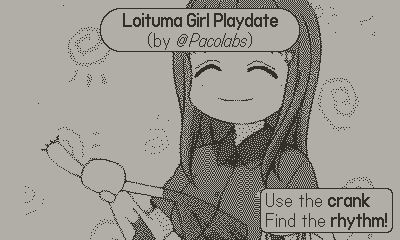 All you do in the game is use the crank to try and match the rhythm of the song. In other words, recreate leekspin. See if you have the ability to go for hours without being sent a little bit batty. Anyhow, just like we mentioned last week, itch.io is clearly going to become a beloved platform for Playdate games, and this is going to be the indie and enthusiast development darling of the generation.

We’ve included a few of ebi-hime’s games in our itch.io wraps in the past. They are, without a doubt, the most prolific independent visual novel producers that I’ve ever come across. It’s astounding just how productive and proactive they are. I’m jealous. Anyhow, the newest project is Salome’s Kiss, a gothic romance story with some dark themes (“suffering” is a featured bullet point), but also a lot of very pretty girls getting hot-and-heavy with one another. 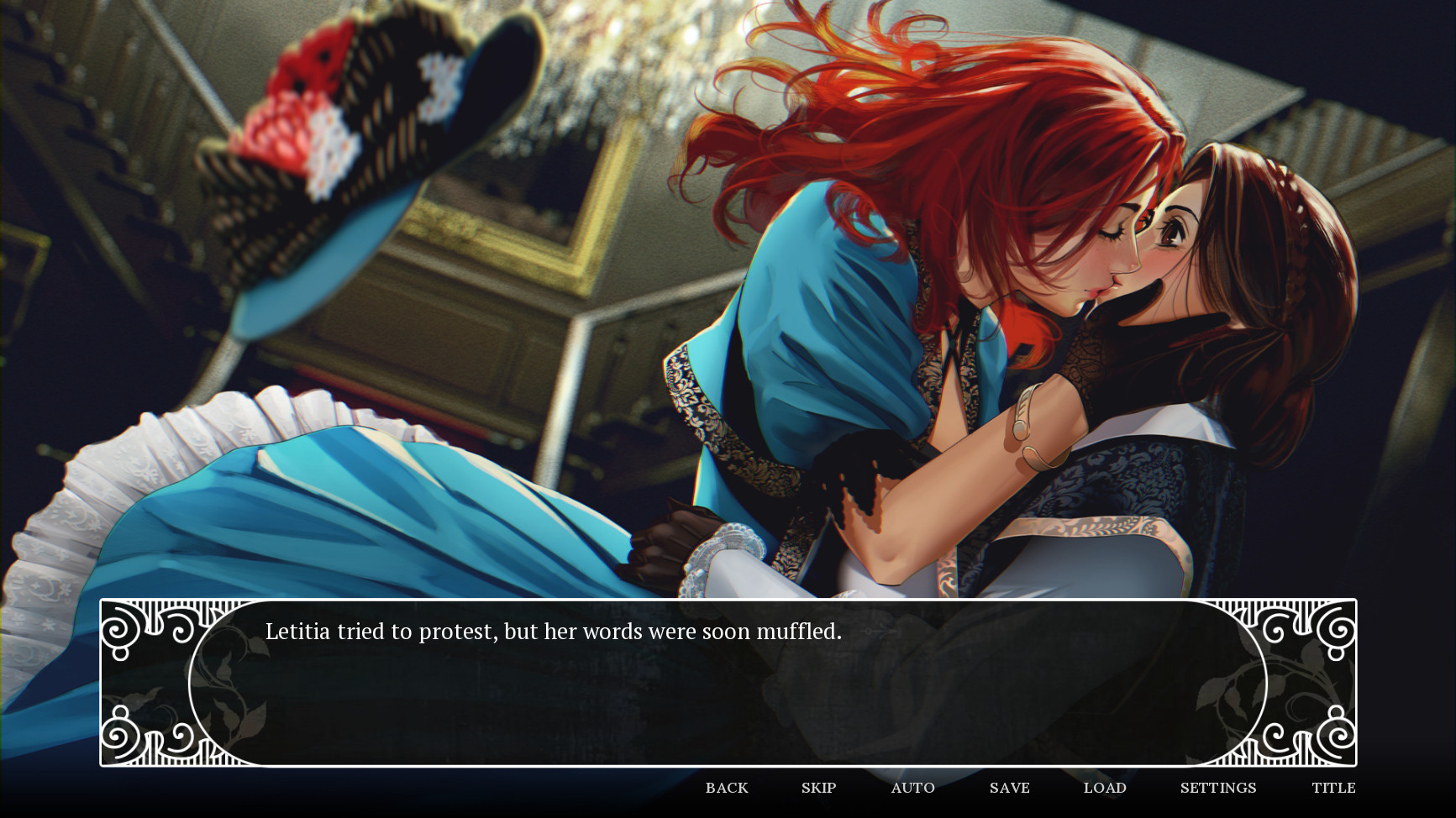 The art in Salome’s kiss is absolutely incredible. I am absolutely reaching out to this artist to see if they might be interested in doing some Dee Dee & friends art. The game also has 120,000 words of text (which is about 4-8 hours of VN action for people, depending on their reading speed), and an original soundtrack. It’s the full production, in other words, and pitches substantially higher than the typical visual novel that you’ll see on itch.io. So yes, it will set you back a premium by itch.io’s standards, but this developer and writer have the track record and heritage that they’re worth the punt.

I’m trying to wean myself off Crusader Kings III. It’s starting to consume a little too much of my headspace and I’m worried that things that I need to get done will go undone… generally, I find the way to do this is to bounce on over to another strategy or simulation game that hopefully I’ll enjoy without it becoming an all-consuming obsession. Stardeus looks like it will be a good candidate for that. Not that it looks bad! Not by any means. This sci-fi colony management simulator looks like it has all the toys and features that it needs to be something great. It’s just that I’m hoping that I can take it a little easier than Crusader Kings…

Anyhow, most indie strategy games fall down in one particular area, big-time: the AI. AI is incredibly difficult to get right when it’s as complex as is required in a strategy game, but Stardeus is promising to get things right there. “Each AI agent has a free will to pick their next actions based on their needs,” the game description says. Then you need to manage electricity, oxygen, heat, the economy and combat, and do all of this in a procedurally-generated universe that means that every game you play is fresh…  on second thoughts, perhaps jumping to this after Crusader Kings is not a good idea…

I do want to start by saying that this visual novel is an out-and-out adult visual novel so be warned going it that it’s for 18+es only. It comes to us from Active Software USA, a developer/publisher that seems intent on preserving “classics” of the eroge/adult VN space, but the fact that they’re making these things free on itch.io is intriguing and quite noble. Whatever you think about adult entertainment, it does involve the creative energies of artists, and should be preserved for study and analysis. Adult VNs, in particular, are a fascinating way to track the history of anime art development. 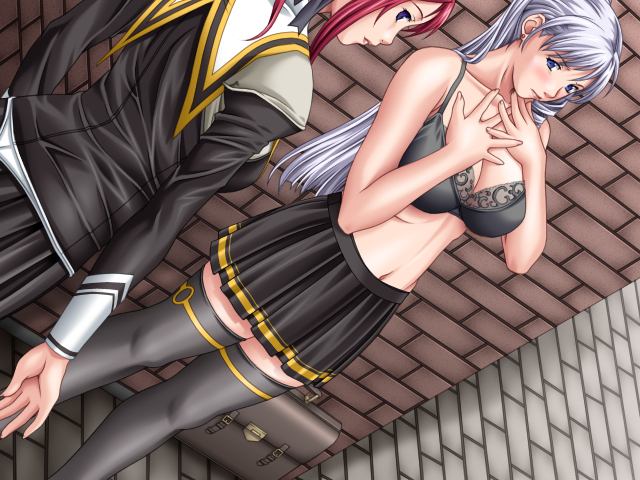 Discipline: The Game features the work of Sei Shoujo, an incredibly prolific artist in Japan who has contributed to dozens (and dozens) of visual novels from as far back as 1992. The game’s concept is ridiculous – you play as a guy who transfers to an all-girl university for reasons and quickly discovers that all these women want to… discipline… him. Anyhow, it’s a comedy and should be good for a laugh or ten, plus the raunch to double down on the nonsense of it all. Again, the game is totally free (Active Software isn’t even looking for donations or “pay what you want”), so you’ve got nothing to lose from playing it, right?

On the ongoing recommendation of one of the regulars on…

eastasiasoft shows off 15 titles in its Early Summer Showcase