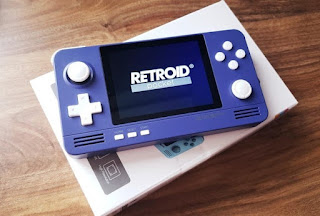 I’ve picked up a new hobby this year: retro emulation handhelds. It started out as something to keep me distracted through all the lockdowns and isolation this year, but has since become something that I’ve really enjoyed doing; purchasing these little devices (usually from China), then getting my retro on with all the favourites I grew up with. The gold standard, so far, is the RG350M from Anbernic. That console has a build quality that rivals the “legitimate” consoles. The newest entry to my little collection is the Retroid Pocket 2. This console has been out for a few months now, but thanks to the state of overseas shipping, my unit has only just arrived. It’s… good. It’s well-made in most areas, and plays a greater range of games than the RG350M is capable of, but in other areas, it’s not up to the same standards.

The RG350M caps out at the PlayStation 1, in terms of the games that it can comfortably handle. The Retroid Pocket 2 casts out a slightly wider net, but imperfectly; it will happily try and emulate N64, PSP and Dreamcast games as well. The problem is that the quality of the emulation there is very, very patchy. Many games simply won’t work at all, and others will drop to frame rates lower than 10. Dead or Alive Paradise, for example, is a PSP game that I was very much looking forward to playing again, but the frame rate dips are so bad even Kokoro stops being sexy. There are also some weird graphical glitches that render some others unplayable. I haven’t tested every game so far, but I would say that you’ve got a 50/50 chance that the game you loved will be playable enough on this console, even if you mess around with the settings significantly. It’s not the end of the world, and hey, I can play the Miku PSP games now, but I’ll admit that one of the main reasons that I bought this one is the promise that it would add additional consoles to my library, and the delivery of that promise is patchy indeed.

With that being said it does handle the older consoles (including PlayStation 1) effortlessly, and the console is built nicely for them. The control layout is roughly the same as the Nintendo Switch, with offset control sticks and the exact same design approach taken with the shoulder buttons. The left-hand control stick feels just like on the Switch Joycons, while the right hand control stick is more like the Nintendo 3DS’ flat-to-the-device nub. The buttons and D-pad, meanwhile, are all very low profile and “clicky”. This is a point of difference to the soft buttons of the RG350M, and I did find the shoulder buttons to be superior for that purpose. The face buttons and controllers, however, are stiffer and more resistant than I would have liked, though they are still manageable. 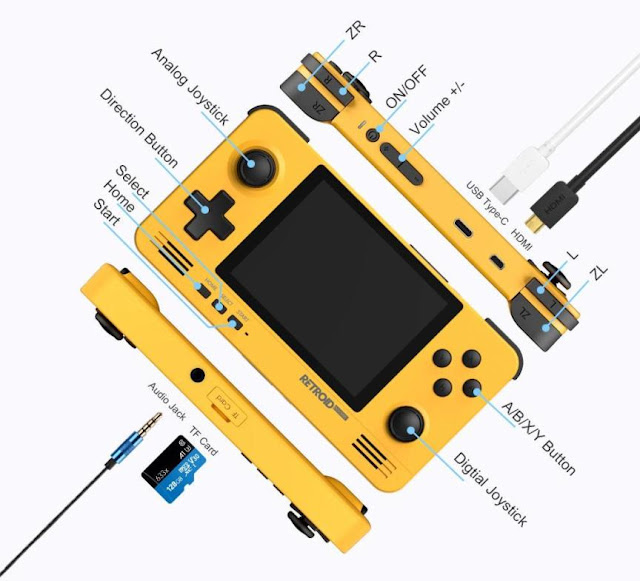 It’s the other features that really set this apart from Anbernic’s more focused hardware. The Retroid Pocket 2 supports output to TV via HDMI, and you can pair it up with a bluetooth controller so you can have that home console experience if you’d like. It also features wireless play so you can multiplay with other people… though you’re obviously not likely to bump into another person with the Retroid Pocket 2 just hanging around. Those are great features in their own right, but the big point of difference here is the Android-based operating system (rather than RG350M’s Linux). You can install Android apps on this thing if you access the Google Play store, and there’s even a secondary boot mode in Retroid Pocket that takes you to a primitive, but effective, console-like interface for launching games. You can even download new ones from a massive library by connecting to the Internet. Now, that is of incredibly dubious legality, so I would never recommend it (and on top of that a huge number of those games are in Japanese or Chinese even if they have the English-language “box art” in the menu), but that feature goes to show the fascinatingly broad and fully-featured console that the Retroid folk are offering here.

With depth comes complexity, and of course this console does nothing whatsoever to help people learn how to use the thing. To exit out of an N64 game, for example, you need to press and hold the “home” button to swap to a virtual desktop interface (mouse pointer manipulated with the control stick) and then press a button to bring up the menu that allows you to quit out of the game. For the longest time I floundered around with this. If you want to load in your own ROMs (which you would naturally legally own) rather than use the download portal, it can be a pain to work out how to do so if you’re not familiar with how the file systems of these things work. Finally, because each console has its own emulator system, there’s absolutely no consistency across them. The N64 emulator uses one interface, while the GBA and Game Boy emulators use a PlayStation 3-like interface. In short, the software experience is more akin to a computer than the pleasing elegance of a proper console. That’s not unexpected, of course, but still, presentation matters for something and the chaotic organisation of the Retroid Pocket 2 is a pain even by these emulation device standards.

I’ve already talked about the buttons, but the rest of the build quality is pleasant. The Retroid Pocket 2 is plastic rather than high-quality aluminium build of the Anbernic console, but some people will prefer how much lighter it is in the hands. The screen is bright and offers nice definition. One of the downsides for this device touting its higher-end console support is that the text and visuals on some of those N64 and PSP games are a bit fuzzier, but, assuming the frame rate performance dips don’t kill the game there aren’t many that stop being pleasant to play because of this. There’s a good, solid battery life to the Retroid Pocket 2, too. Obviously that varies significantly on what kind of games you’re playing on it, but it’ll still give you a fair few hours with the higher-end games, making this the best way to play more than a few N64 classics on the train yet. 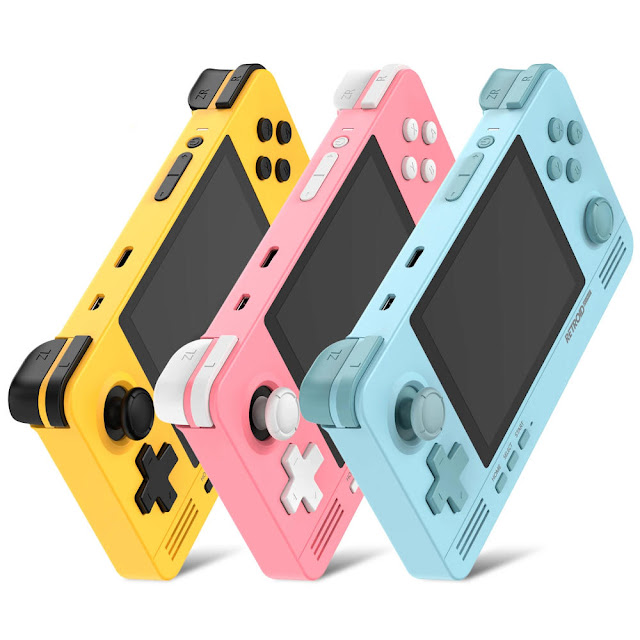 Am I a little disappointed with the Retroid Pocket 2? Yes, but that’s only because I’ve already been spoiled with the toys I’ve picked up this year. For Game Boy, GBA, and NES games I have the Bittboy and PocketGo, which have the right form-factors for the full experience. For the SNES and PlayStation 1, the RG350M has me covered. I was looking to the Retroid Pocket 2 for the N64 and PSP emulation, and it’s so marginal at that role that it feels like a half-useless console. It’s not, though. If you’re only going to get one of these things, that Retroid Pocket 2 does all those older consoles just great too, making this the most versatile of the emulation devices yet. Also, I must mention that the orange finish on my console uni is gorgeous. I love that.