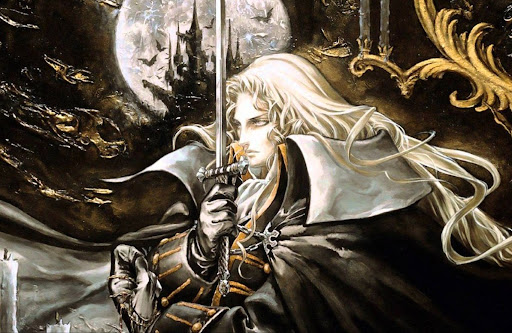 Feature by Harvard L.
Yesterday we published the first in a guide to the Castlevania series, looking at the classic roots of the series. Inspired by the GBA Castlevania collection that just released last week (which we all cannot stop playing!), we wanted to give people a primer to the long-running and venerable series. One that has undergone many changes and re-defined itself over and over again since it debuted back in the 80’s.
Related reading: Read part 1 here.

This time around, for the second article in the series, we’re looking at the “Igavanias.” Starting with Koji Igarashi’s role as director on Symphony of the Night, the Castlevania series went through a substantial identity shift from its roots as it moved into the PlayStation 1 era. Instead of linear levels and high degrees of challenge, the games adopted RPG mechanics, non-linear game worlds, and an overall reduced difficulty. These games were also met with a shift in artstyle towards a bishonen aesthetic rather than the American pulp aesthetics of bulging muscles that fetured through the NES and SNES eras. The fanbase is split between which style of game is preferred, but there are also the fans who can appreciate the merits of both.

Today, in 2021, however, I would recommend these games, rather than the Castlevania classics, for players who aren’t as acclimated to platformers, as they’re much more forgiving and allow for exploration and grinding as a valid method to get past difficult bosses.

Castlevania: Symphony of the Night (PS1)

Often considered to be the pinnacle of the series, Symphony of the Night is an expansive and grandiose game laid out across an enormous non-linear mansion. Players fill the shoes of Alucard, son of Dracula, as he works his way through the castle’s various passageways following a more complex and involving plot. The large enemies, striking visual style and catchy soundtrack make exploring Dracula’s castle an absolute dream, a game worth playing and replaying. Symphony of the Night holds up incredibly well and remains a critical reference point for game development in the modern day.

Symphony of the Night is available in its original form as a PlayStation 1 classic on the Playstation Vita, and as an updated re-release as Castlevania Requiem on the PlayStation 4. It’s also on iOS and Android. It is, unfortunately, not available on Nintendo Switch. 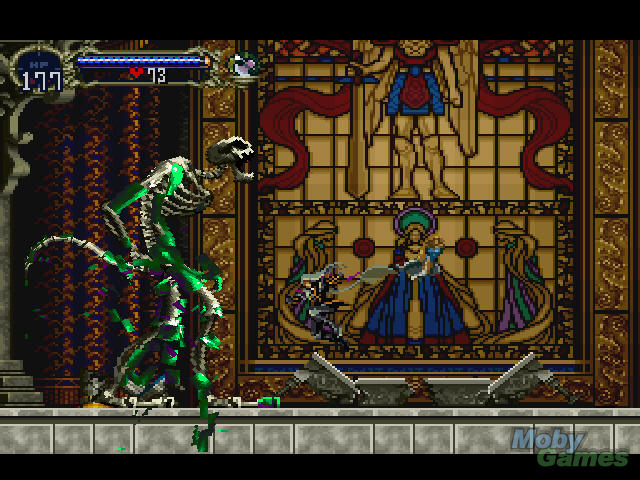 Castlevania: Circle of the Moon (GBA)

Whilst the franchise’s console entries would from here on be forays into 3D gameplay, the Igavania design philosophy continued on Nintendo’s handhelds, receiving critical acclaim. Circle of the Moon follows the footsteps of Symphony of the Night in providing a nonlinear world and unlockable powerups that boost the player’s traversal. This game starts out challenging but lessens on its difficulty as players unlock more powers through a clever skill-card system. It was produced without Koji Igarashi’s involvement, and has been excluded from the series timeline, although fans continue to sing its praises. It’s not the most well-known of entries in the series, but Circle of the Moon is great fun and an excellent game to run through on a lazy afternoon.

Castlevania: Circle of the Moon is available in its original form as part of the Castlevania Advance Collection that has just released on PS4, PC and Switch. 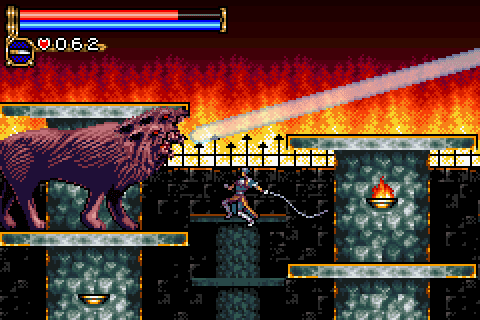 Following up on Circle of the Moon’s narrative, Harmony of Dissonance sees players taking hold of Juste Belmont, a far more agile protagonist, fighting his way through a Symphony-of-the-Night-inspired multi-layered castle. Retrospectively, Harmony of Dissonance has been branded as one of the weaker entries in the series, owing to a smaller explorable world, low level of difficulty, and reduced standards in terms of graphics and music. It’s one of my guilty pleasures though, since the joy of dashing through the levels is still unmatched.

Castlevania: Harmony of Dissonance is available in its original form as part of the Castlevania Advance Collection on PS4, PC and Switch. 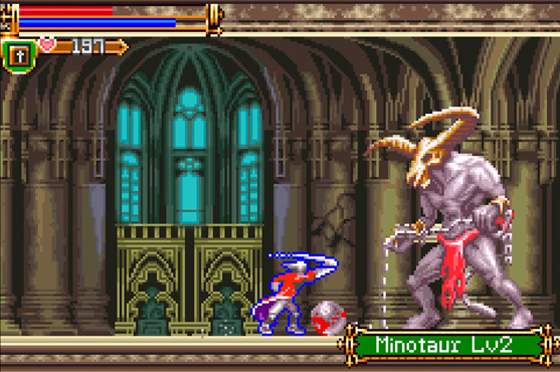 Regarded as the best of the GBA trilogy, Aria of Sorrow sees Soma Cruz brought to Dracula’s castle in the year of 2035, the prophesised year of Dracula’s return. Cruz meets some cryptic NPCs along the way who seem to imply that he himself will inherit all of Dracula’s powers and become an unstoppable force of evil. The greater focus on narrative in Aria of Sorrow is paired with a robust soul-collection system, allowing players to extract the powers from enemies and then use them for their own benefit. It’s a game which really rewards exploration and experimentation, leading to one of the standout experiences on the GBA.

Castlevania: Aria of Sorrow is available in its original form as part of the Castlevania Advance Collection on PS4, PC and Switch. 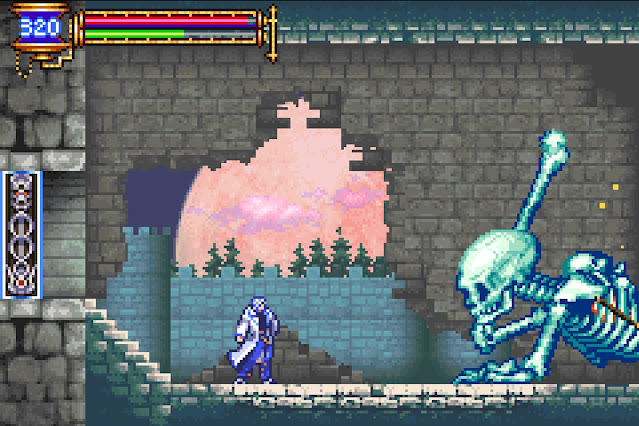 Following the critical and commercial success of Aria of Sorrow, Konami released Dawn of Sorrow as a direct sequel, extending Soma Cruz’s story and keeping nearly all the mechanics which made Aria such a success. Soul collection is as engaging as ever, and the DS’s larger file capacity allowed for a far larger castle with more to explore and do. It’s no surprise that Dawn of Sorrow is still remembered as one of the best DS games, which is why it’s such a shame that it’s not readily available on any platform and has never left that original platform. Some DS-feature-only mechanics, and therefore the need to heavily edit the game for a re-release, might be the culprit. 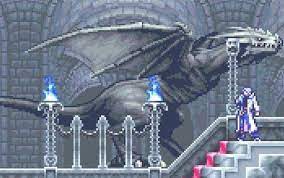 Portrait of Ruin is a more experimental game, with a two-character feature that deepens what the levels can do in terms of story and combat. The narrative-rich structure of the Sorrow games is continued here, although Portrait of Ruin returns to a historical setting and follows on from the events of Bloodlines. There is also a notable shift in the art style towards a more anime-inspired aesthetic. The game also features a multiplayer mode, allowing two players to team up against a challenging Boss Rush. Much like Dawn of Sorrow, however, this is one of the more inaccessible Castlevania titles in 2021. 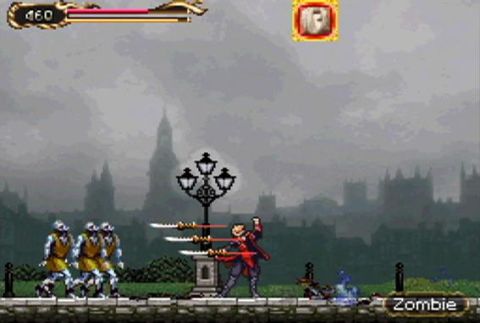 The last true “Igavania”, Order of Ecclesia presents one of the largest game worlds in the series, with varied environments and enemy designs. The popular enemy-power mechanic returns, allowing players to wield an enormous variety of powers which can also be mixed and matched to the player’s preference. Although Order of Ecclesia has a good reputation among fans, it was also seen as a sign that the Igavania formula was running stale after six similar titles spread across the GBA and NDS. Aside from some spin-off titles in the Lords of Shadow series, the Castlevania series would remain dormant after this game, leaving many to wonder whether Castlevania is, beyond the nostalgia, now a spent force. 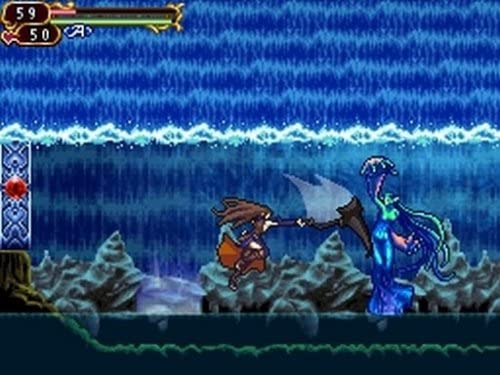 Tomorrow, for the final part of this series, we’ll be taking a look at the often-maligned efforts to move Castlevania into three dimensions. Stay tuned!

Mary Skelter Finale: This fanservicey JRPG is smarter than many will claim