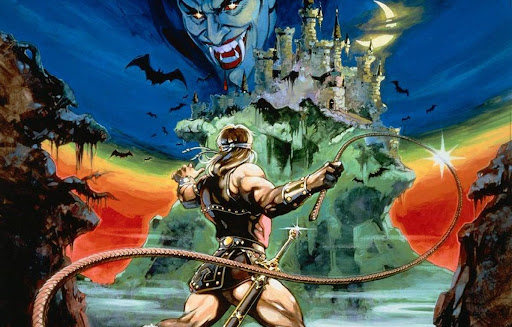 For anyone interested in gaming’s history, it’s often daunting to tackle some of the longer running series. We’re interested in accessibility and availability, as well as where the best entry point might be for someone new to the franchise.

In the lead-up to October’s spooky season, we’ll be looking at Konami’s Castlevania series – its Hammer Horror theming and challenging platforming make it one of the most recognisable side-scrolling franchises ever. Despite spanning over three decades of history, its games remain remarkably well preserved, with old and new titles available on modern consoles reproduced with faithful emulation. If you’re just getting into the Castlevania series, there are lots of places to start – but like every long-running franchise, the series has evolved over time. Our goal with this series of articles that we’ll run this week is to help you get across Castlevania if it’s all new to you and the plethora of choices leave you uncertain on where to start.

“Classic” Castlevania is known for its linear levels and simple control schemes, as well as a consistently punishing difficulty. Beginning from humble roots on the NES, the Classicvanias established early on the franchise’s eye for visual flair and memorable enemy encounters. These games are known to be on the short side, but with a degree of challenge that rewards mastery.

The one that started it all, Castlevania sees players controlling Simon Belmont as he marches through Dracula’s castle to defeat the menagerie of monsters hiding within. The game has six levels and can technically be completed in a single 40-minute session, but the extreme difficulty will demand practice and commitment (I myself can only consistently get up to Level 3). Instant-death-pits, a punishing jump arc, agile enemies and enormous bosses make this game one of the hardest on the NES. If you’re eager to brave the challenge, remember that health pickups can be found by finding roast chickens that are hidden in breakable parts of the castle walls. You just have to whip the stone to reveal them.

Castlevania NES is available in its original form as part of the Castlevania Anniversary Collection on PS4, PC and Switch. It is also available on the NES Classic Mini. 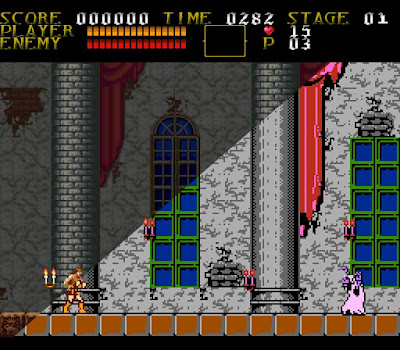 The odd-one-out of the NES trilogy, Simon’s Quest foreshadows the non-linear RPG-inspired mechanics of the Igavania entries. This game sees players traversing 2D towns purchasing items and solving exploration puzzles to defeat enemies in an unfolding world. Ample backtracking and grinding for currency makes Simon Quest one of the longer NES games, clocking in at about four to six hours for a full playthrough. This game has a bad reputation online for being slow, tedious and esoteric – and it’s a relic of an era where game guides and Nintendo Power were more common. ‘

Castlevania II: Simon’s Quest is available in its original form as part of the Castlevania Anniversary Collection on PS4, PC and Switch. 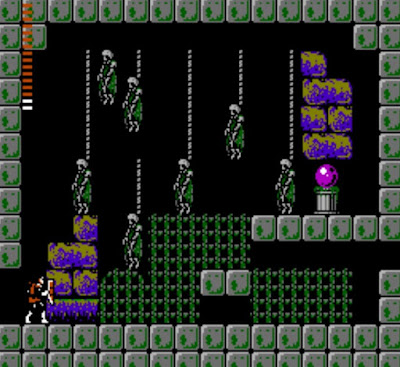 While Castlevania VS. was a straight port of the first game to arcades, Haunted Castle is a brand new Castlevania experience with original levels and enemies. It’s the first time we see graphics of this calibre, rendering immersive environments that were far ahead of its time. Unfortunately the gameplay is sluggish and overly challenging, even by the standards of this series, and as a result it’s not remembered too fondly in the franchise.

Haunted Castle is available as part of the Konami Arcade Classics Anniversary Collection on PS4, PC and Switch. 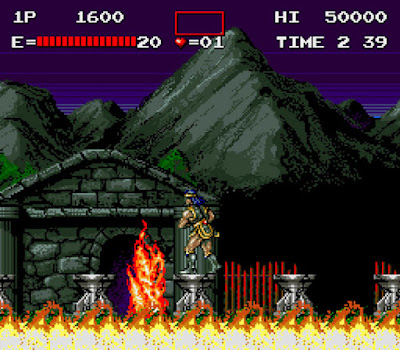 The series’ first foray into the handheld space, Castlevania: The Adventure is a severely abridged entry into the series with only four levels and none of the sub-weapons that are iconic to the series. Slow movement speed, infinitely spawning enemies and a downright infuriating platforming section (you’ll know it when you see it) means that fans often consider The Adventure to be the worst Castlevania game. Matt still likes this one, though (yes, I very much do. Nostalgia’s a trip – ed)

Castlevania: The Adventure is available in its original form as part of the Castlevania Anniversary Collection on PS4, PC and Switch. 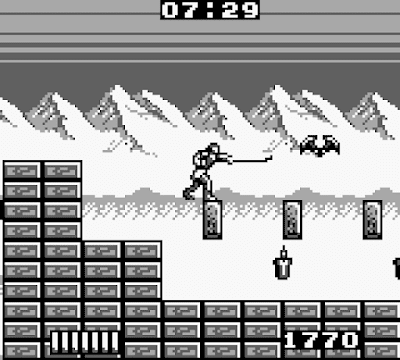 Adapting to criticism of Simon’s Quest, Castlevania III: Dracula’s Curse sticks closely to the original formula for the first game, at times feeling like more an expansion pack than a sequel. Brand new levels, new playable characters and a branching-path system makes Dracula’s Curse a strong entry among the Classicvanias, with just as much difficulty as the original, if not moreso. It doesn’t get as much love as the first since it came out a paltry few months before the arrival of the SNES, but the design in Dracula’s Curse holds up surprisingly well.

Castlevania: Dracula’s Curse is available in its original form as part of the Castlevania Anniversary Collection on PS4, PC and Switch.

Konami of the 80’s and 90’s loved to make affectionate parodies of their own games, and Kid Dracula was a cutesy take on Castlevania’s Gothic Horror inspirations. Aimed more at younger audiences, Kid Dracula is still a sidescroller but it has a far more forgiving control scheme. The spritework is bright and adorable, and though it’s still challenging, it certainly feels more fair. Kid Dracula had originally been a Japan-only release and a rare cartridge before the Anniversary Collection.

Kid Dracula is available in its original form as part of the Castlevania Anniversary Collection on PS4, PC and Switch. 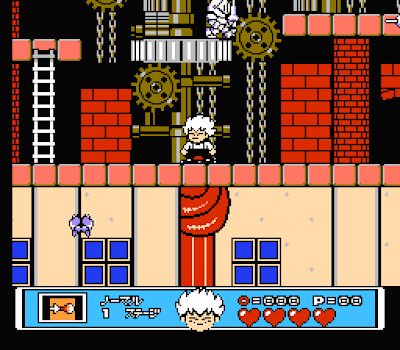 Known to many as the first good handheld Castlevania, Belmont’s Revenge successfully distils down the formula from the NES games to the small screen in an authentic conversion. Sub-weapons make an appearance, coupled with a visual glow-up compared to Castlevania: The Adventure. Four themed castles and three final Dracula levels make this a satisfyingly lengthy Game Boy entry, with challenging enemies and excellent music. Despite the numbering conventions, this game has nothing to do with Simon’s Quest.

Castlevania II: Belmont’s Revenge is available in its original form as part of the Castlevania Anniversary Collection on PS4, PC and Switch. 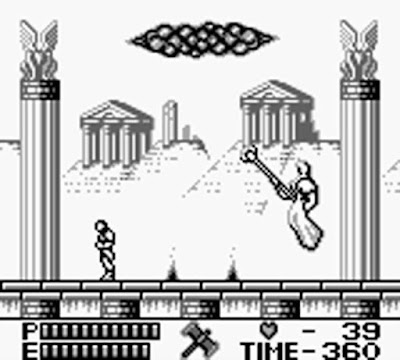 The shift to 16-bit also brings the most accessible of the Classicvania games. Super Castlevania IV is bright, fast and exhilarating, seeing players controlling a tougher and more agile Simon Belmont through eleven highly detailed levels. The difficulty of the NES games is toned down significantly, but the creative enemy encounters and bold sense of visual style remains. It’s a heated and long-lasting debate over whether IV or I represents the pinnacle of the Classic style Castlevania games, but IV is certainly the best place to start in the classic series for players unfamiliar with platformers. 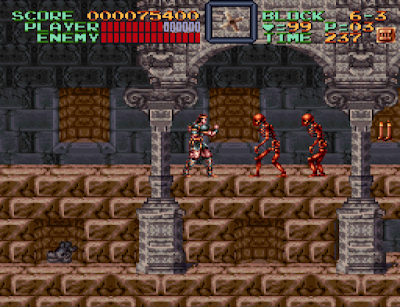 One of the more forgotten games in the franchise, Castlevania Bloodlines falls in line with Sega Genesis design trends – it’s much faster than any of the other Classic Castlevanias, with lots of sprites on screen and a penchant for blood and gore. Players choose between two characters with different movesets, and fight their way through six expansive levels. Here we see the series’ grotesque themes taking hold, and while the platforming and combat isn’t as tight as the games on Nintendo hardware, the aesthetic design of Bloodlines is a marvel to behold.

Castlevania: Bloodlines is available in its original form as part of the Castlevania Anniversary Collection on PS4, PC and Switch. 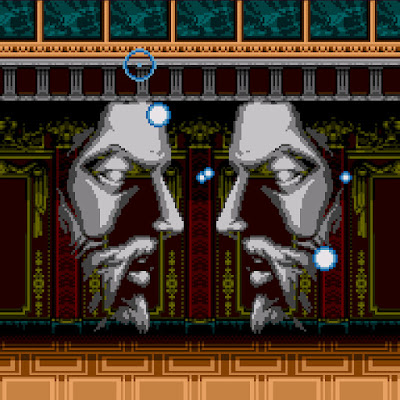 Rondo of Blood wasn’t well known on its original release owing to it being a Turbografx-16 or PC-Engine game (and who had one of those?) but time has vindicated it as one of the best of the Classic era. The PC-Engine’s CD technology allowed for gorgeous graphics, voiced cutscenes, as well as a high-energy, if slightly goofy, 80’s synth inspired soundtrack. Rondo of Blood was remade as Dracula X for the SNES, with similar albeit changed level design and downgraded graphics. Even if you’ve never heard of this one before, it’s well worth a play if you’re a fan of the series. 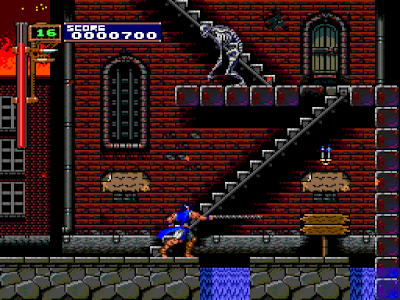 The last of the black-and-white handheld Castlevanias, Legends is a worthwhile game in its own right, though it was overshadowed by the overwhelming advances made in graphics and music within the franchise’s contemporaneous console titles. The graphics and music are considered to be worse than Belmont’s Revenge despite this game coming out several years after.

Castlevania: Legends is conspicuously absent from the Anniversary collection, meaning that the only true way to play this game is still on the original Game Boy cartridge (which nowadays fetches a hefty price; more than I’d say the game is worth.) 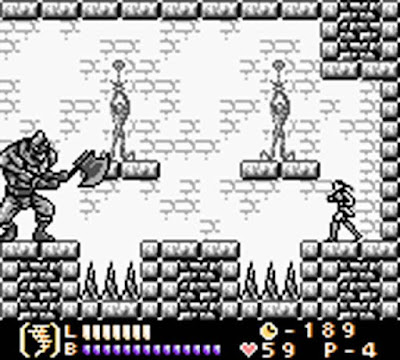 The most recent foray into Classic-style Castlevania is M2’s remake of Castlevania: The Adventure. This title completely fixes the broken aspects of the original Game Boy game and adds in a plethora of new content to make it worthwhile.

Unfortunately, ReBirth is one of the few truly “lost” Castlevania titles: now that WiiWare has been discontinued as a service, the only way to play this game at all is to have already bought it on a Wii console. Here’s hoping this one gets re-released for posterity’s sake. 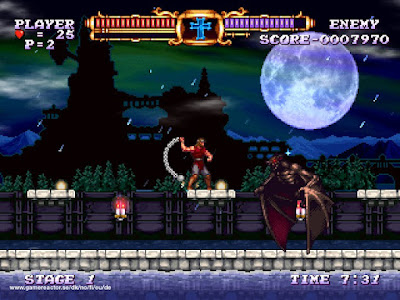 This is just part one of the series in which we’ll give you a full overview of how – and where – to experience the Castlevania series. Tomorrow we’ll delve into the “Metroidvanias” that modern players so closely associate with Castlevania.