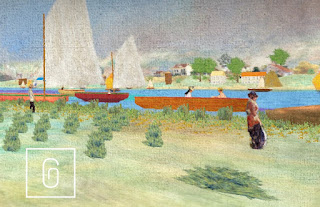 We’ll start this week off with a game that is very much “me.” Terroir is a tycoon game that focuses on building up a vineyard and making a successful wine business. You’ll be building up the farm by placing new hex tiles down (with some types of tiles affecting those around them), and then choosing from different grape varieties to grow. Then there are four stages of the wine-making process that you need to control (crushing, fermentation, pressing and ageing). All of that to try to get the perfect drop. 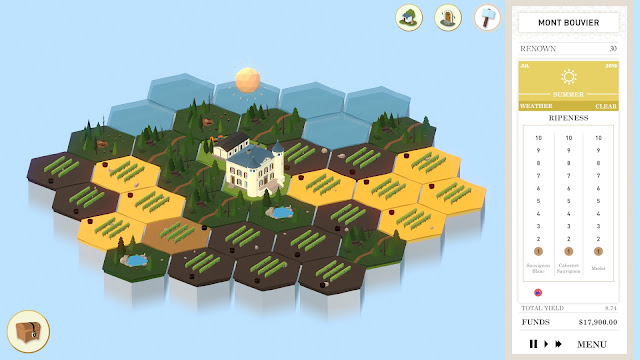 Random events and missions mean that no two play-throughs will be the same, and you’ll have 60 in-game years to build up a thriving business before trying to beat your score with a second play. Terroir is the kind of simulation that is too narrow and niche for a standard game development project, but it’s perfect for itch.io, and a gorgeous game to boot.
Impressionista Renoir Le Seine 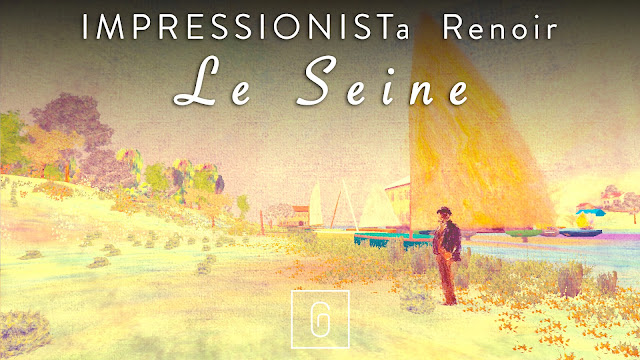 This game was specifically designed to encourage an interest in art and educate, and so don’t go in expecting a traditional “game”, as such. It’s really more of an interactive space to explore, but I hope it’s a success, because these kinds of things could go down so well in art galleries as a way to further contextualise exhibitions and the like. We just need more developers that specialise in these kinds of experiences.

As a big fan of ducks, I am inclined to play any game that features ducks in a starring role. A Duck’s Odyssey, as the name suggests, does indeed involve that. In the game, you are tasked with guiding rubber ducklings through courses and puzzles. It’s not violent, nor is it stressful. It’s not complex, but rather it’s charming. A Duck’s Odyssey is designed purely to be a joy to play.
There is a mild environmental theme in there too, as you need to collect and throw away the trash that is spoiling the natural environment. An environment that is minimalist in construction, but really pleasant on the eyes. This is a game that is being offered completely free to players, but has been made by developers that really understand what they’re doing. It’s joyfully whimsical.

One thing that you can always be sure of is that any game on itch.io that has “succubus” in the title is going to be most definitely rated for adults only. This one’s got a lot of charm going for it, though, looking both very light-hearted and like it will have a quality combat system under that surface. See, Succubus Connect is not a visual novel, nor an RPG Maker project, as games on itch.io with “succubus” in the title tend to be. this one is an original RPG with a card-based system for its turn-based battles. 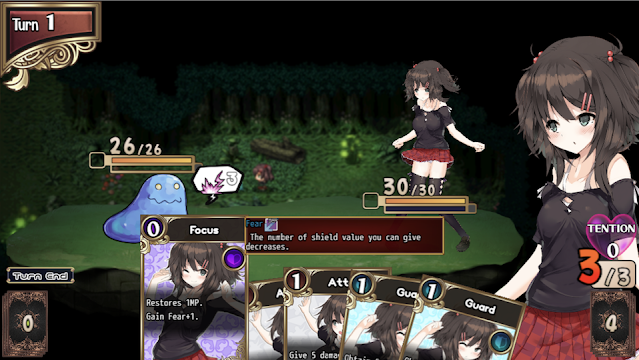 It has a quirky premise, too. A girl’s woken up in a mysterious forest, with no way of getting back to her home. So she sets off on a Wizard of Oz journey, only to form an alliance with a succubus that has lost her body and memories. The two of them are to work together to solve each other’s problems… and yes, there are some naughty scenes in there, but this game seems surprisingly uninterested in selling itself on that basis. It’s much more focused on its qualities as a game, which is usually a good sign for these things.

Catch up with last week’s gameplay streams: May 24