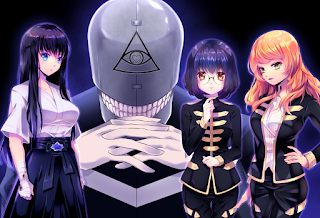 Interview by Matt S.
Sometimes a visual novel sticks out with some real promise behind it. Black Heaven: A Necromantic Dating Sim is one such game. Right now there isn’t too much to it – the developer, Occult Triangle Lab, has dropped a demo on itch.io as the team gears up for the big day in April, when they launch a Kickstarter to find the remaining development of the game (April 30, to be precise). Despite it all being early stages, though, this game is looking impressive on every level.
It’s promising a mix of horror and romance, for a start – a combination that is rarely tried, and even more rarely done well. It also has some gorgeous aesthetics, with an excellent team of artists behind it. Finally, the narrative concept is just so intriguing: As you return to the ruined academy where you spent your happiest days, you’re haunted by the pleasant memories of your old friends, and the line between memory and madness becomes dangerously blurred.
The game also has a really interesting mechanic, whereby if you reload older saves (for example, because you’re unhappy about a decision that you made) then you might end up experiencing different things compared to the first time you played that scene – how this works in application I have no idea, but I’m fascinated by its potential.
Intrigued as I am about the game, I fired off some questions to the creative lead behind it, Chris Mahon, to ask about what inspired the game, how the team is grappling with its themes, where the gorgeous art came from, and what to expect next from it all.

Matt S: What inspired this game?
Chris M: Buddhism, believe it or not! I spent a lot of time reading about the “Tibetan Book of the Dead” and how souls have to strip away parts of themselves before they can be reincarnated. The game itself is based on a concept in Buddhism called “the hungry ghost”, which is a spirit that can’t fill the void in itself or let go of the past. That became the blueprint for the ghosts in the game, as well as the narrative overall—the protagonist is someone who can’t let go of the past.

The thing that really sparked this project, however, was a conversation I had with a narrative design team at a game publisher. We stumbled onto the topic of Doki Doki Literature Club, and we just gushed about it for a while. It surprised me that a game about existential horror could create such genuine joy in people, and I realized it can be a relief to bring deep, dark stuff into the open. I wanted to do something like that with this game.

Matt S: Being frank here, anything being sold with the prefix “necro-” and theme of “dating” is something that I suspect might concern people regarding its material. Are you worried about how people will respond to the key theme of the game?
Chris M: Oh jeez! This is a game about romancing ghosts, not corpses! To answer your question, there’s not much crossover between the romantic stuff and the gory, horror stuff. There’s still disturbing visuals and moments (since that’s what horror is built on), but this isn’t Corpse Party.

Matt S: The art that we’ve seen so far is lovely. Where does it come from and how did you arrive at those designs?
Chris M: The character art is all handled by the fabulous Linnea Kataja, while the background art is handled by the talented Lim Chin Yang!

Each of the characters’ outfits and poses are supposed to speak to their nature: Ru is shy and scholarly, so her posture is kind of cramped and hesitant, while Lyse’s freewheeling attitude is reflected in her unbuttoned, open jacket.

A lot of thought went into No-Eyes’ helmet behind the scenes—the jaw is actually supposed to unhinge so he can open his mouth, and each of his teeth is supposed to be torn from someone else’s mouth. 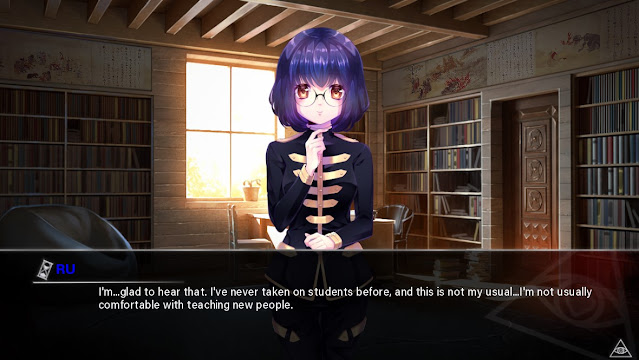 The character’s school uniforms are based on marching band uniforms, which have a lot of horizontal chest straps that resemble a skeleton’s ribcage. That connects with the game’s themes of death and immortality.

As for the backgrounds, I tried to work with Lim to strike a balance between a medieval monastery and a modern university. There’s a lot of nods to occultism and Buddhism, including the real, historic Hungry Ghost Scrolls above Ru’s bookcases!

Matt S: The visual novel market is increasingly saturated. How are you hoping to ensure that yours stands out from the pack?
Chris M: In most dating sim VNs, your ultimate goal is to say and do the right things to earn a character’s love, but you can always reload an earlier save if you mess up. Sure, there’s gonna be a little tension, a little titillation, but at the end, you’re gonna get a happy ending. You move on and forget it.

Black Heaven is not meant to be that. It builds up a comfortable fantasy world of romantic memories, but it keeps pulling you back to the plague-ridden present, where you have to capture your friends’ ghosts, the people you cared about most, to save yourself. The game takes away your ability to go back and undo your decisions, and all the while it’s showing you how love can be twisted if you go into it for the wrong reasons.

It’s a game that’s meant to haunt you, because it speaks to the parts of the human heart that are too painful to ignore: loneliness, nostalgia, and longing. 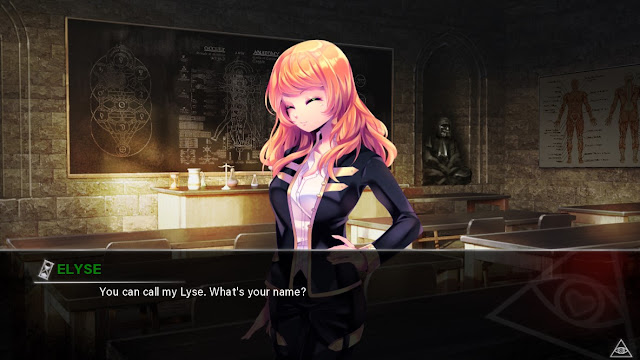 Matt S: Can you please explain to me in greater detail what you mean by the narrative changing if you re-load an older save? What is the reason for this feature?
Chris M: Sure! Think of it like this: if you mess up on a date with someone, you probably wish you could go back in time and fix your mistake. In a VN, you can actually do that—if you choose the wrong dialogue option, you can reload a previous save and choose another one.

In Black Heaven, the desire to undo the past is a huge part of the narrative, so much so that you can’t always trust the protagonist’s memories. This is reflected when a player tries to change the “past” by reloading a previous save: you might reload and find yourself in a scene you haven’t seen before, or in a different version of the same scene, where things are strange and different.

The goal of this mechanic is to force players to give up on trying to change the past or say just the right things to romance the characters—instead, the player has to make choices and live with them.

Matt S: You’ll be taking to Kickstarter to fund the rest of this game’s development. Does that mean the game won’t be finished if the Kickstarter isn’t successful?
Chris M: We’ve set a really modest minimum goal for the Kickstarter (only about $4,100), so I’m hoping we meet it. If not, we’ll keep releasing new demo chapters with placeholder art until we can try again or find another source of funding!

Matt S: How have you found itch.io as a platform for feedback and to build awareness of the game?
Chris M: Itch has been pretty great so far! The ability to track downloads, views, and referrals is solid, and the ease of putting together a project and selling it makes it perfect for indie developers. It may not have the same visibility as Steam, but it’s definitely a great platform for demos like this. 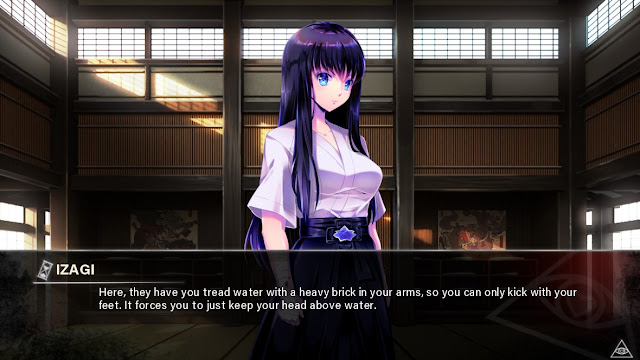 When it comes to feedback, you really just need to ask—people like to leave comments, and its good to encourage them.

Matt S: I know we’re looking far down the track at this point, but do you see the potential for this game to be a series, or are you envisioning it as a one-off?
Chris M: We might be interested in creating some DLC, but I don’t have plans for writing a sequel — I like it when stories have a definitive end.

Matt S: What would you say have been the biggest and most interesting challenges in writing a visual novel so far?
Chris M: This is a nerd thing for me, but I try to hide patterns in branching narratives, so that the connections and branches reflect something about the story.

For example, the Tree of Sephiroth is an occult symbol that’s supposed to chart a person’s growth toward spiritual enlightenment, but you can also treat the points on it as key points in a story, with different branches leading to lower or higher levels: 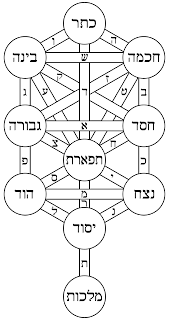 It’s incredibly difficult and practically invisible for the player, but it creates a hidden framework to base arcs or plotlines on. Also, I think it’s cool.

Matt S: Finally – what three VNs would you say have been most inspirational to you?
Chris M: It’s a tough question, but I’d say Katawa Shoujo, Doki Doki Literature Club, and Song of Saya:

DDLC showed that a game can explore really dark, intense territory deftly and connect with the parts of ourselves that we don’t want to face.

Song of Saya showed how to create an atmosphere of truly disturbing psychological horror, as well as handle elements like body horror.