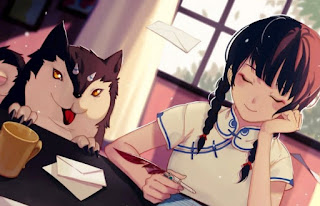 One of the better voices for indie games (especially the micro-indies), Playism, is shuttering its online store, costing those indies one of the better opportunities that they had to get some real visibility in an increasingly difficult digital marketplace.

According to a note on the Playism store page: As of 13:00 on March 24th, 2021 (JST), you will no longer be able to purchase games/content/etc. on the PLAYISM Store. Additionally, the My Page feature, from which you can redownload purchased games/content and reacquire Steam keys, are scheduled to also cease function after 13:00 on May 10th, 2021 (JST). Please be sure to properly make any necessary purchases and save any purchased content/post-purchase data/etc. as required before the above-listed dates.

The store will continue in operation until those dates, but after that, you won’t even be able to retrieve games you’ve purchased – so be sure to keep a backup of anything you may have purchased from Playism.
Obviously, Playism wasn’t running the most influential and talked-about storefront out there, but right now on its banner carousel, it is giving titles like Strange Telephone, La Mulana 2, Will: A Wonderful World, and The Faceless Double the prime real-estate. That’s the kind of visibility that these developers would never find on any other platform, and with discovery becoming increasingly more difficult, and yet critical to the success of a game, without storefronts like Playism creating the foundation for these creative little games to get “discovered”, we’re all going to be the poorer off for it.
It’s worth noting that Playism itself isn’t closing down. The company was always more focused on being a localisation outfit and publisher, with the storefront being a relatively minor part of its business.

Announcing the next Dee Dee visual novel: A Week on the Water

On making an visual novel about dating cute ghosts