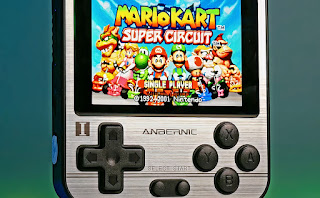 A hobby that I have picked up this year has been to import emulation consoles from China. They run on Android or Linux operating systems, have emulators loaded in for all the old consoles, and allow you to play all your favourite old games on the go. With the games industry itself being so spectacularly bad at preserving its creations of yesteryear, let alone making the archives accessible to new players, these devices are all-but essential from a historical point of view, and I’ve loved the opportunity to spend a good chunk of this year reliving some favourites that I had nearly forgotten. The latest one that I’ve picked up is Anbernic’s new RG280V, and it might just be my favourite hardware purchase of the year. And yes, I did get a PlayStation 5.

Related reading: Looking to be even more budget-conscious? The BittBoy and PocketGo achieve similar to the RG280V at a tiny price point. Read more.

I was already a fan of Anbernic thanks to its brilliant R350M, a premium bit of kit that effortlessly plays games up to and including the PlayStation 1. As good as that device is, the RG280V has a number of advantages over it, even if the range of games that you can play comfortably isn’t quite so large. Housed within the faux (and sexy) Game & Watch aesthetic (no larger than two Joycon controllers placed side by side) is a device that is almost all screen, with a focus on minimalistic efficiency with the buttons that it provides players. There’s a D-pad, four main face buttons, a “start” and “select” and then four shoulder buttons on the top. The fact that there’s no analogue stick means that most PlayStation and later games are out, but the number of buttons that are there is more than enough to play NES, SNES, GB, GBC, GBA, Mega Drive, Master System, Atari Lynx, Wonderswan, Wonderswan Color, and Game Gear games with no trouble whatsoever. The console is powerful enough to run emulators for all of those devices effortlessly, and the form factor is ideal for these kinds of games.

Psychologically the portrait format works better than landscape. The RG280V has the same screen size as the R350M, but because it is orientated differently, it feels larger. It’s also a more portable device, being a little over 1/2 the length of an iPhone, and only around three times as thick. It’s also light as anything, and that means you can drop it into a pocket or bag without a second thought. At the same time, the RG280V has the same soft, but durable-feeling buttons and what feels like a thick, sturdy shell, so aside from any concerns you may have about the screen scratching up, there’s nothing to worry about with regards to carrying this thing around – it’s clearly not going to damage easily. 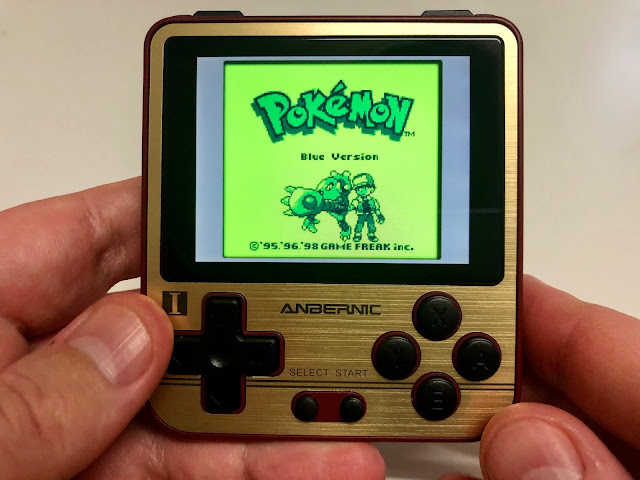 Otherwise, it has all the same features as its heftier stablemate. There are two SD card slots – the one that is in the shipped system holds the operating system and is basically full from the outset, but the other one is there to stick a card in for memory. Given that the device doesn’t really work for PlayStation One titles, a 128GB memory card will basically hold every game that this device plays. Just note that you’ll need to format the SD Card to FAT32 for the console to read games stored on it. FAT32 isn’t a typical format, but there are plenty of guides online that will get you up and running quickly if you’re not sure how to properly format a SD card. Because the console is really just an operating system running emulators, the experience isn’t the same for each console that it emulates – for example some buttons will pull up the settings/exit menu on the Game Boy Color emulator, while you’ll need to press different buttons for this on another. That’s a natural consequence of the design of the OS and software, but as understandable as it is, it’s still not as smooth as you’d get from a “proper” console and that does need to be noted for the more casual players. You may find it frustrating to get into at first.

With that being said I much prefer this Linux-based operating system to what we get in the Android-based emulation consoles. There’s no need to emulate a mouse cursor to represent you interacting with a “touch screen,” for example, and the emulators that are built into the OS are all excellent, requiring far less tweaking than on an Android device. You get all the features you’d expect from good emulators – save states, frame skips (not that you’d need that given the hardware capabilities), and so on.

I’ve saved some of the most important features for last, though. Firstly, the screen. The RG280V has a 320 x 480 resolution IPS screen that displays absolutely gorgeous colour, contrast and depth, and is nice and bright, so it’s comfortable to play in all circumstances. Text shows up crisply (often an issue with cheaper screens emulating old games), and I didn’t notice screen tearing or other issues in any of the games that I tested that left me feeling like I wasn’t playing the original game as it was experienced on the original hardware. Anbernic is particularly well respected for the quality of the screens that it invests in and if anything it has outdone its own reputation with the RG280V. 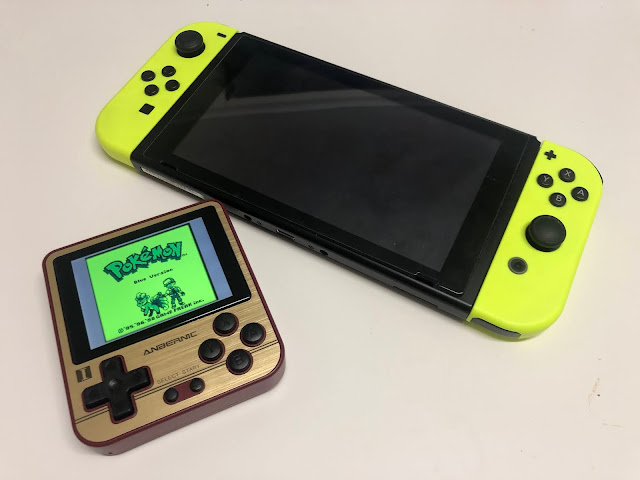 The volume slider was a bit of an issue with previous Anbernic handhelds. In particular, they lacked a lower end of the spectrum at all. It was either too loud or off. The RG280V has addressed this issue with a volume range that is perfect for every situation you’ll find yourself in. Finally, the device runs for hours on its battery. I took it for a four-hour commute – two hours either way – played it the entire way each way, and still had a lot of battery to spare once I got home. The one downside is that charging is rather slow, and once you do put the console to bed expect that it’ll be a few hours before you can play again, but an overnight charge is the best way around this.

Anbernic has delivered a hyper-portable console at astounding quality with the RG280V Mini Retro Handheld. It has a fun, retro nostalgic aesthetic, plays all your favourite old games on a pristine-quality screen with no issues, is built with beautifully tactile buttons that are as good for action games as they are RPGs, is light as a feather but has an extended battery life. And all of that for significantly under $Aus100. If you like your retro games you owe it to yourself to pick this one up. Anbernic impressed me with the R350M. The company’s absolutely blown me away with the RG280V. With no exaggeration, this company makes gaming devices of an equivalent quality to anything Nintendo, Sony or Microsoft manufacture, and going forward I’ll be paying as close attention to what is next from these folks as I will anything that the big guns come up with.