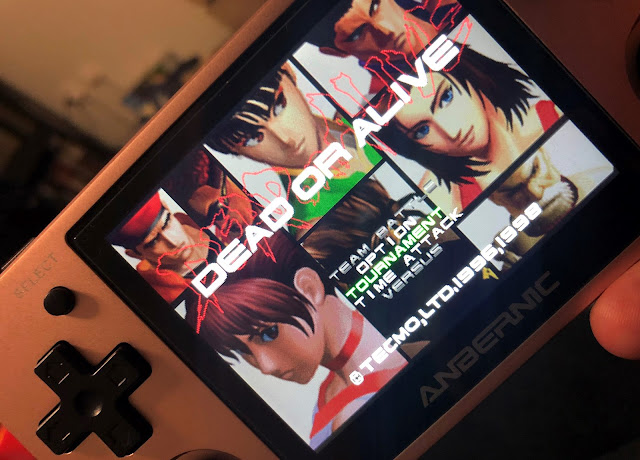 One of the consequences of COVID-19, the isolation, and the slowdown in work has been that I’ve acquired a new hobby: handheld retro emulation consoles. There’s a vast community of manufacturers of these things, and while you may have certain perceptions about the quality of “unofficial” devices such as these, let me just clarify for you that when it comes to the better designers in this space, they are so tantalisingly close to the quality of “proper” consoles that it’s effectively indistinguishable. As someone who loves retro games, has fond memories of those old console’s form factors, and is incredibly frustrated with the game industry’s efforts (read: lack thereof) to make older titles accessible to modern players, these devices have been an isolation Godsend.

Related reading: For other retro emulation consoles, consider the Bittboy and PocketGo. Our thoughts on those devices

I previously covered the Bittboy and PocketGo, two devices that have been perfect for catching up on old Game Boy and Game Boy Advance games. Today I want to introduce you to the new RG350M. It’s a device built around playing PlayStation 1 games. It does that job incredibly well.

Most notably up-front is the console’s build quality. The body is a solid aluminium shell, which does make the device cold to the touch when you first pick it up for a play session, but boy does it feel nice and premium in the hands once you’re going. There are even some rubber strips on the back to help you comfortably hold the device without it slipping through your hands. The face buttons are soft and tactile, and while the shoulder buttons are a bit “clickier” than I would like, when I’m playing this thing I’m not wondering just how long it will last before the buttons need repair work. In other words, much like Nintendo or Sony’s own controllers, the RM350M feels like it was built to last. A special mention has to go to the dual control sticks at the bottom, though. They are soft, but also precise and have a good grip to them. While I prefer the Nintendo Switch layout with the control sticks (with the one of the left hand side of the screen being further up the device) I can honestly say that of all the analogue sticks I’ve twirled in my years, these might just be my favourite.

The centrepiece of the whole device, however, and its real selling point to retro gaming fans, is that screen in the middle. It is truly a deluxe panel – an IPS, 3.5-inch screen with 640×480 resolution. This makes it perfect or replicating the early-era TV console experience – you’ll be able to enjoy the aesthetics and see the action, while at the same time the screen is physically small enough that the age of those games isn’t quite as evident as it would be if you were to play on a big screen television. That’s not just a benefit to PlayStation One titles, either. The PocketGo and Bittboy also do a good job with running most SNES games, but the screens are so small that it’s not the most comfortable experience. The RM350M strikes the right balance with screen size, making this my preferred SNES device to go with its PSOne capabilities. 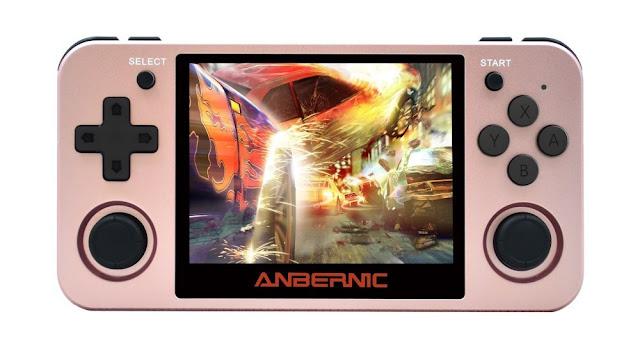 Finally, while we’re talking about the hardware, the battery. The RM350’s battery will give you a decent few hours of play between charges – enough so that once isolation is over you’ll be able to make this your commute device, or throw it in your pocket to make those flights more bearable. You only need to look at the Nintendo Switch to know that all-day batteries aren’t a requirement for these devices anyway. There is one caveat though, and that’s that the RM350M’s battery does take an obscenely long time to charge. Best to have this one plugged in overnight, else you’re going to be twiddling your thumbs waiting for it.

So it’s a killer bit of hardware, manufactured to a truly impressive level of professionalism. All of that would be for naught if the RM350M didn’t do a good job of playing games, and there’s a couple of things to talk about here:

Firstly, the console will handle almost every PlayStation 1 and earlier console at a near-constant 60fps. Certainly in terms of Game Boy, Game Boy Color, GBA and SNES the number of titles that this device struggles to deliver good performance on could be counted on one hand. There are a few notable PlayStation 1 titles that struggle, and it’s typically the fighting games. Tekken, Bloody Road and Dead or Alive all dropped to around 30fps when I tested them, and there’s the very rare emulation issue with some other titles – Gauntlet Legends has a weird flicker on the screen, for example. However, I’ve tested around 100 PSOne games and given that 95 per cent of them run cleanly, I’m very content with the quality of the emulation. Personally, I’ve been playing through King’s Field again, and let me tell you what, Dark Souls fans… you just don’t know what difficulty means in video games, but that’s not the fault of the hardware failing me.

What I found less impressive was the instructions. The Bittboy and PocketGo were very much plug-and-play things – load up the games via your computer and you’re set. It’s as simple as that. With the RM350M, my PSOne titles weren’t originally working, and the supplied instructions were useless, so I was led down a very deep rabbit hole to try and find support via the emulation community/ In the end I discovered I didn’t need to do anything, because the issue was with the games themselves, but troubleshooting all of that was a real pain, and meant that it wasn’t until the day after that I was able to enjoy the console. It should come as no surprise to anyone that “support” with these devices really is a matter of figuring things out for yourself, but I would be remiss if I didn’t mention that there’s a weird disconnect between devices such as the RM350M being made so professionally, and thproper businesses being behind them. 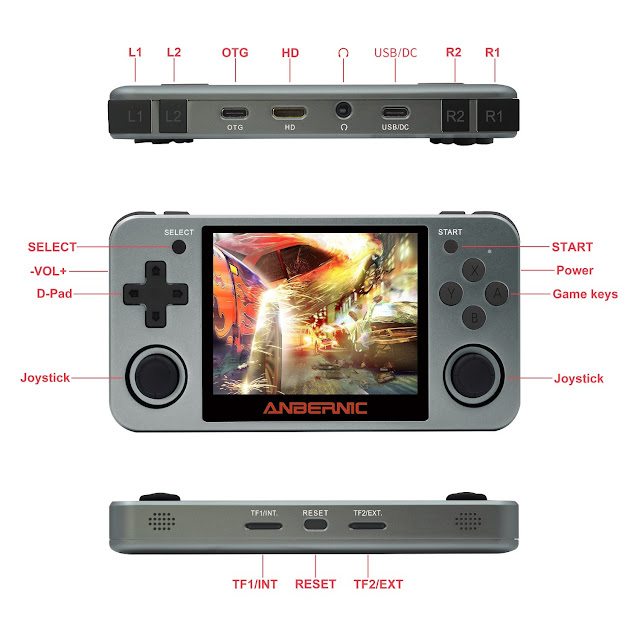 One final issue is that the interface on the front end of the RM350M works, which isn’t exactly a joy to use. Again, it’s not surprising when you consider that the people making these devices are more interested in making sure that what happens once you’re in the game works. They’re less interested in having Nintendo or Sony-like polish to the UI. The positive side of this is that once you do know what you’re doing then you’ve got a playground to mess around with – you can try different emulations and even play around with N64 or Dreamcast emulation if you’d like. Of course, it would be strange if a device like the RM350M locked users out of being able to customise their own device, but again if you’re coming into the RM350M as a fan of retro games without much tech knowledge, don’t try this stuff without looking through tutorials and engaging with the community first.

As a final note, the RG350M will hold entire libraries of games. There are two micro-SD card slots – one comes with an SD card loaded on it and holds the device’s OS system. While there’s a good chunk of unused data available on it, it’s also a card you don’t want to mess with unless you know what you’re doing. The other is empty, however, and while it’s inconvenient to pop SD cards into and out of (it feels like the slot is embedded too deeply into the device and so you can only just barely push the card in to “click” in, and then its a real struggle to get it back out), if you were to purchase a 128GB micro SD card you would effectively be able to fit an unlimited number of GB, GBC, GBA, SNES and PSOne games onto your device. Games back then just didn’t take up that much space. Just think of that – all that history and artistic creativity can fit onto the same memory card that can just barely hold one copy of Final Fantasy VII Remake. Games truly have come a long way.

The RG350M is an exceptionally high quality console and piece of archival equipment. With the games industry seemingly determined to allow thousands of games to disappear into history by making them unavailable on modern consoles, if you’re a fan of classic games, you owe it to yourself to pick up one of these devices.