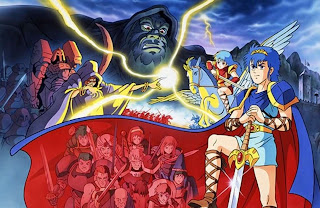 Last week Nintendo localised the original Fire Emblem into English for the first time, to celebrate the series’ 30th anniversary. Fire Emblem: Shadow Dragon first released in Japan-only way back in 1990, and playing it in 2020 has been some real nostalgic joy.

A lot of people have raised the question about how well the game has “aged”, and whether it’s still worth playing, or it’s just a historical curiosity. Certainly, some of the reviews have been less than glowing.

For my part, though, I think it’s a masterpiece and hugely entertaining to this day. It’s a wonderful thing that Nintendo has done in localising this game finally, and in this video, I talk about the qualities that make it such a wonderful game.

There’s also footage of the Nintendo DS remake of Fire Emblem in there, so you can see how Intelligent Systems “modernised” it a few years ago!

Let me know your own thoughts if you’ve been getting stuck into this classic!
– Matt S.
Editor-in-Chief
Find me on Twitter: @mattsainsb

DDNet Awards 2020! Blockbuster of the year