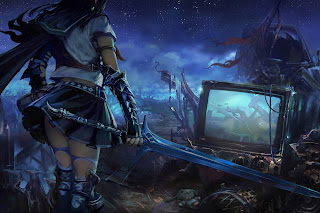 Interview by Matt S.
Experience Inc is one of the most under-appreciated developers out there. In addition to being behind the finest horror visual novel series out there (Death Mark, Spirit Hunter: NG), the company also creates some incredible, beautiful, classical Wizardry-style dungeon crawlers. If you haven’t played Stranger of Sword City yet, then you’re in for a treat when NISA launches it, along with new ‘crawler, Saviors of Sapphire Wings, in March next year.
Related reading: Our review of Stranger of Sword City on the PlayStation Vita.
From the beautiful, ultra-highly detailed art, to the torturously winding labyrinths to explore, and challenging, invigorating turn-based combat, these games highlight the differences between ‘crawlers that are meant to be taken seriously as genre works, and the more light-hearted games that use the ‘crawler as a delivery mechanism (think the likes of Moero Crystal as a dungeon crawler that exists to deliver fan service). With Experience Inc games, you’re meant to relish the challenge of exploration and admire the carefully-structured maps and traps. Getting a two-pack of those early next year is going to be a gift and a half.
I’ve had the opportunity to fire off a couple of quick questions to the president of Experience Inc, Chikami Hajime, to ask what they’re aiming to deliver with these two games, and what helps Experience Inc stay ahead of the pack. Be sure to stay tuned, as we will be covering these games in full as the release draws closer.

Matt S: The dungeon crawler genre is one of the oldest forms of RPG, and modern ‘crawlers are also often quite traditional in design. What do you think is behind the enduring popularity of the genre?
Hajime C: That would be because the player doesn’t have to get caught up in the scenario or world setting and can create the characters they want. There’s also the element of not purchasing items but rather receiving them via random drops, which has a sense of gambling and collecting. 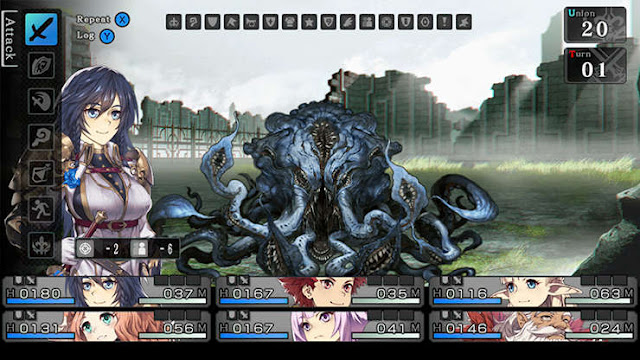 Matt S: I really loved the original Stranger of Sword City on PlayStation Vita. Can you tell me what initially inspired it? Where did the dark concept and art style come from?
Hajime C: At the time, cute DRPGs with a light atmosphere were in vogue. In order to differentiate this title, we created a game that was dark and thematically heavy with the difficulty and atmosphere of the Wizardry games, which were on the decline in Japan.

Matt S: Is it difficult to balance dungeon crawlers? They’re well known for being challenging, but at the same time, you don’t want players grinding too much. Is there any particular philosophy around balancing that goes into your games?
Hajime C: We aren’t doing anything particularly special. As a base, we create balance by having challenges of incremental difficulty for players to overcome while they make good story progression. We make sure that players can experience random drops and party construction, which creates a unique experience for the player to enjoy.

Matt S: Experience Inc are known for having some incredibly detailed art and exceedingly high production values. As a company, what has been the value in producing games of such a painterly quality?
Hajime C: Those two elements are extremely important pivots to make the most of when it comes to expression of the game. Mainly, we try to design the systems and world settings in a way that can be intrinsically grasped by players.

Matt S: What was the draw of the European-inspired setting?
Hajime C: We as a company have a strong regard towards world settings that are outside of our own culture. Also, these sword and sorcery settings lend themselves well to stoking the imaginations of DRPG players. 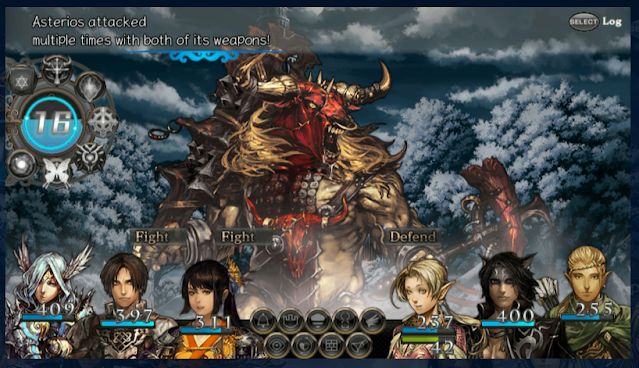 Matt S: One of the main themes of Stranger of Sword City was mortality, with the life point system for characters. Is that a theme in Sapphire Wings as well, and if so how are you addressing it this time?
Hajime C: Because Stranger of Sword City was developed in an older time it’s difficult to compare that to something in the present, but Saviors of Sapphire Wings was originally created to popularise DRPGs. Comparing this game to other titles we’ve created, the expressions of death and the systems related to it are much more relaxed, while the scenario itself is given more weight.

Matt S: How are you hoping people will respond to these two games? What themes do you want them to take away from it?
Hajime C: As I mentioned above, the themes for Stranger of Sword City and Saviors of Sapphire Wings are different. Saviors of Sapphire Wings is a game geared towards newcomers to the genre. The system is somewhat rare for dungeon crawlers in that it’s in a first-person perspective. In terms of world setting, I would like for players to see it as the origin of all of our fantasy DRPGs. I also hope that players will experience Stranger of Sword City, which has a higher difficulty and also shows what happened after to the world of Saviors of Sapphire Wings.

Matt S: Finally, what are some of the games that you’re finding most interesting at the moment?
Hajime C: They Are Billions, Maneater, and Yoru Tomosu.