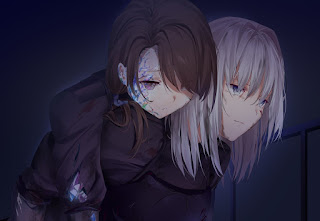 Did you know that rabbits are the best animals? No, well, they are. So any game that makes them the star of the show has my attention. Immediately. Doctor Bunny looks cute, charming, a little bit amusing and good for all ages. 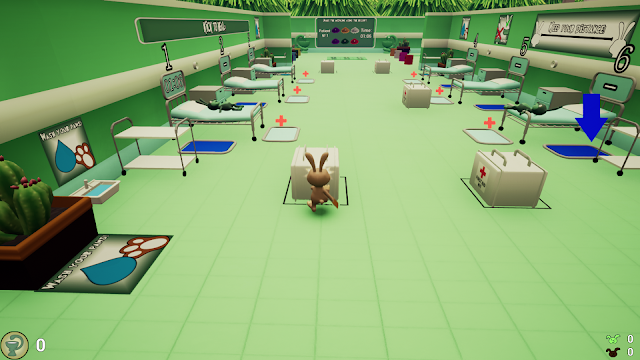 In Doctor Bunny, your goal is to cure sick bunnies by mixing up the right prescription medicine to treat their ailment. Do a good job and your reputation will soar, and you’ll be able to then open new hospitals. Do badly and you’ll find yourself working in the mine to earn crystals that will restore your damaged reputation. Doctor and part-time miner… that is one talented bunny! It does look like this game will be launching in a fairly early state, but the vision is there already, so hopefully, the developer finds the support to continue working on it.
Space Raft NES

As far as I can tell, Space Raft is a real band. Which just makes this game all the more interesting. It’s a genuine NES game (you can even buy a physical cartridge) designed to celebrate the band, and allows you to play as your favourite band member while chiptuned music from their CD plays in the background.

Why this wasn’t a conventional mobile or PC game is beyond me (that’s where you’d assume games-as-marketing would go), but as a fan of NES titles, this one caught my attention despite knowing nothing about the band. Then the trailer sold it. What a brilliant bit of work it is. I miss the 80’s. Anyhow, if you buy the game you also get MP3s of the music, and it really does look like a lot of effort has been put into this, so give it a whirl.
Fallstreak: Requiem For My Homeland
We’ve covered more than a few visual novels that have popped up on Itch.io over our time doing this column. Fallstreak might just be the most striking of them, and it promises a challenging, emotionally engaging narrative. You play as a child soldier in a land that has been ravaged by war. The world is doomed. You’re watching its final moments, and the content warning tells us that it’s not going to hold back in the depiction of “death, violence, and war atrocities.”
Thankfully, something that could be pretty harrowing is only going to take you an hour or two to play through (too much longer and a game like this would get bleak), and it really is accompanied by some gorgeous art. Don’t overlook this one – short games are too easy to pass on by these days, but this one looks like it shouldn’t be missed.

The Count of Monte Carlo

To finish this week’s column on (what seems like) a bright note, The Count of Monte Carlo looks like a delight. It’s a Blackjack game AND a homage to the classic Dumas novel, The Count of Monte Christo. There’s a cute little hamster enemy, and that Blackjack game is actually a RPG combat system (win hands to damage the enemy). What a brilliant concept all round!
You’re tasked with “delving deep into a corrupt society, growing stronger with each fight.” You get greedy though, and you’ll lose everything (fascinating concept given that the game you’re playing is built entirely around greed). Also, don’t worry if the default colour palette isn’t for you. The developer wants this to be retro, not painful, and you can change the colours to suit.
That’s it for this week! If there are any new itch.io games that you’d like to bring to my attention, don’t hesitate to drop me a note! I’m very keen on celebrating the creativity and energy of this truly wonderful platform for games-as-art.