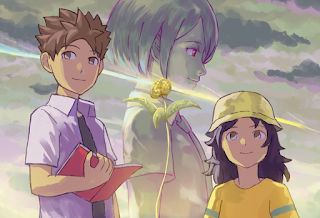 Earlier this week we ran an interview with Geraint Evans, from PQube, one of the most eclectic publishers going. PQube has been highly active in finding games from unusual development markets across Asia-Pacific, publishing Ciel Fledge from Indonesia, and AeternoBlade II, which came from Thailand. Another Indonesian find of theirs is A Space For The Unbound, a creative little project about rural Indonesia and strange things happening there.

I sat down to have a chat with Eka Pramudita Muharram, the game’s producer from developer Mojiken. Be sure to play the little demo of the game that’s available on Steam after reading this, because this game really does seem like it’s going to be a delight, and the demo is ace.

Matt S: Why did you decide to set this game in rural Indonesia?

Eka M: When we made the game prototype back in 2015, we initially wanted to make a tribute to our hometown. We want to capture our good memories back then when we were still just a kid strolling around in our little town in Indonesia.

Matt S: I think it’s safe to say that as a whole the world doesn’t know as much about Indonesian culture and storytelling as it should. Were you in any way concerned that this game won’t resonate with audiences because the setting is so “foreign?”
Eka M: That is true. Well, some of the foreigners may know Indonesian culture when they visit or hear about Bali. But, there are many more varied cultures in Indonesia as we are an archipelago country. A lot of those stories and cultures are unique and interesting to explore but they haven’t been explored in any popular medium such as films and games. 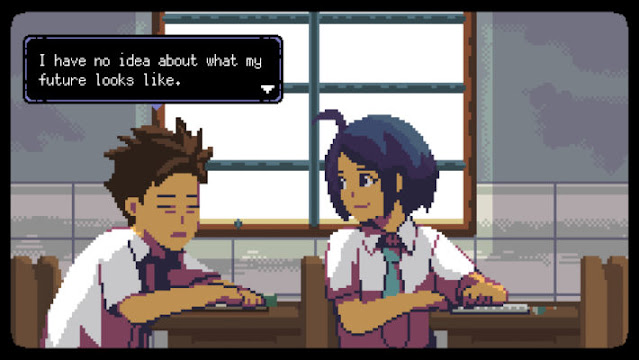 That said, we look at this as an opportunity to tell a story based on our country’s culture. We take a look at how Japan and Korea do this brilliantly with their J-Pop and K-Pop influence on films and games. We believe that Indonesian culture is beautiful in its own right. We want to have that unique story that shows how Indonesian culture can be just as unique as Japanese and Korean culture.

Matt S: What inspired the art style for this game? It’s quite beautiful and distinctive, so I’m interested to know where it came from.
Eka M: For the art style, we were inspired by anime and manga, especially Makoto Shinkai (Your Name)’s work and, of course, Studio Ghibli’s anime.

Matt S: Tackling heavy topics like depression and anxiety, as A Space For The Unbound will, is a big risk in an industry where a sizable percentage of players still want uncomplicated “entertainment”. Just how much can we expect this game to emotionally challenge us, and why do you think it’s important that games do so?
Eka M: It’s important for games to challenge these difficult topics as mental health has become a topic that the general public talk about more openly with the availability of the Internet. As the younger generation continues to play games, they hopefully will get encouraged to seek any help that they might need for their own mental health as they see the topic being discussed in the media they consume.

We also hope that the players will learn to be more accepting of the idea of mental health and be more empathetic/understanding of their friends or strangers who need mental health support. 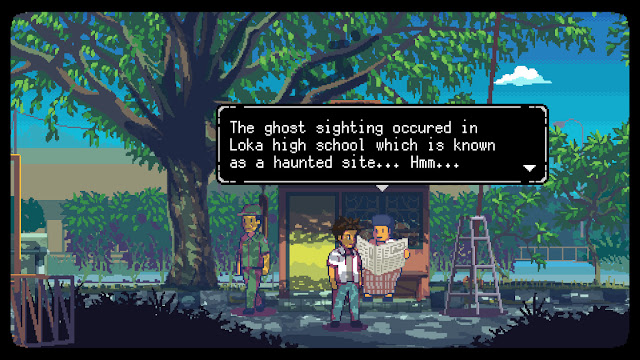 Matt S: What does success look like for you and this game? Obviously, sales are important, but are there any particular responses or conversations you’d like for this game to start?
Eka M: Yes, we want the game to start a conversation about mental health awareness first and foremost, as it was the main message of the game. After that, hopefully, we can introduce Indonesian culture to the world.

Matt S: Indonesia’s game development industry has grown so impressively in recent years. What’s the vibe from within the game dev community there? Do you think developers are confident about the future for the industry?
Eka M: The game industry in Indonesia is relatively young, most studios started in around 2008-2010 during the Flash game era. Back then we didn’t have big AAA studios in Indonesia and there’s not a lot of support from the government or the investor community, so the game development scene in Indonesia is mostly driven by small indie teams with a lot of passion.

Flash game sponsorship gave many Indonesians the opportunity to fulfil their dreams of becoming game developers. These small indie developers formed a very active community and supported each other. This indie community still plays a huge role in growing and nurturing the industry today.

Matt S: It would seem to me that with the emergence of China as a global development powerhouse, the ongoing popularity of Japanese games worldwide, and some really interesting games coming out of Indonesia, Korea, Singapore, Taiwan, Thailand and India, that “Asia” as a whole is in an unprecedented position of strength to start being an alternative to western game development, which has been so dominant in recent decades. What do you think is behind the global appeal of games that come from Asia?
Eka M: Asia is diverse in history and culture, many of which have never been seen by the rest of the world. On top of that, there are not many Asian representations in games produced by western developers, seeing more Asian culture, history, and characters is a breath of fresh air. 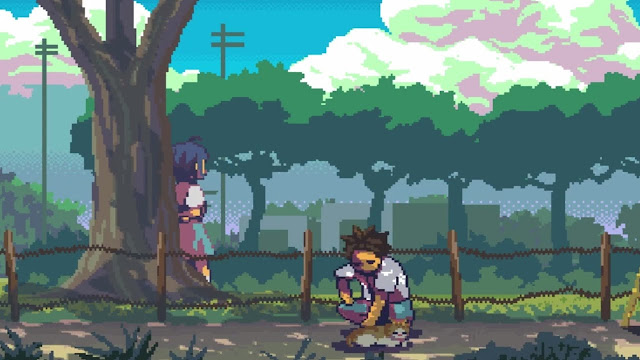 Matt S: Indonesian game development seems to have been a grassroots thing, rather than some big publishers setting up local studios. Do you think this has been to the benefit of the local development scene?
Eka M: There are some benefits and disadvantages to that. One of the benefits is that Indonesian studios have greater creative freedom to do what they want and no one is there to tell them no. These indie developers are also not bound by NDAs, so they are more open with each other and easily share their knowledge. This creates an environment that supports experimentation and self-expression.

However, because there are no big publishers, Indonesian developers have to learn everything on their own. Not only technical know-how, but also how to raise their own funds and do business networking in the international game industry.

Matt S: What’s Indonesia’s domestic game market like? How do people play games, and what do they like to see?
Eka M: Indonesia is currently one of the largest game markets in Southeast Asia, with an estimated annual revenue above US$1 billion. However, Indonesian gamers are mostly focused on foreign mobile free-to-play games.

Matt S: Finally, what are some of the games that have really inspired you, and why?
Eka M: I was very inspired by Attack of the Friday Monsters, for how they convey the nostalgic vibe of small-town living. 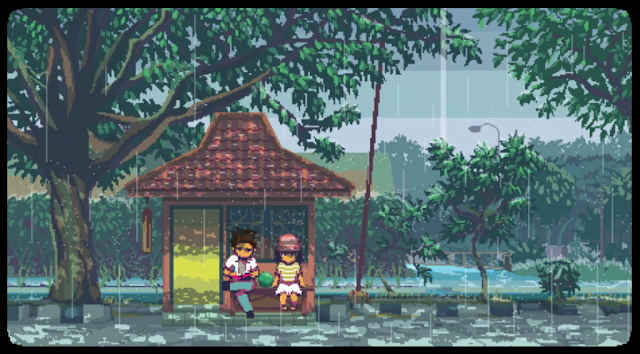 In addition to that:

A Space for the Unbound will release in full on PC via Steam, as well as Nintendo Switch, PlayStation 4, and Xbox One, in Q3 2021.