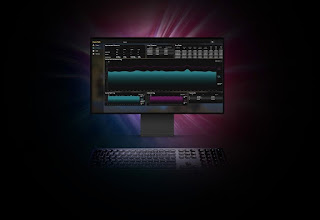 Optus, a telecommunications company in Australia that still hasn’t managed to figure out how to provide a mobile phone signal for the hour-long train ride between Australia’s #1 and #10 largest cities, has decided to launch an application that gives a big-time advantage to gamers… provided they pay a premium. Because being a customer of Optus apparently isn’t enough to expect quality service from Optus.

The application is called Game Path, and for $10/month extra, you’ll get the privilege of Optus technology figuring out the fastest network routes for your data while playing games, which can, Optus claims, reduce lag by 30 per cent.

This is particularly effective when connecting to international servers, which is still very common for Australians. In a press release, Optus VP, TV, Content & Product Development, Clive Dickens, said “Optus is already ranked as #1 for NBN download speeds by the ACCC for the last four quarters. Game Path will add another dimension to our Optus NBN service offering for serious gamers by addressing lag and going a long way to reduce it where it occurs – outside of the home on the open internet.”

Now, in fairness to Optus, they’re not the first to pull this stunt in Australia. The country’s biggest telco, Telstra, also offers a service to improve the Internet experience for a premium.

However, it’s an incredibly sour thing for these companies to be doing, and I am seeing far too many people uncritically celebrating these “products” for their performance enhancement as if they are in any way benign. What these things actually are is a blatant example of telcos are trying on two-speed Internet nonsense, whereby two people could have the exact same service plan, with the same ISP, but one person who is willing to pay a “premium” for an “optional add-on” (using technology that the ISP could have provided to all its customers) gets the superior experience.

I mean, I know the concept of net neutrality is that ISPs may not intentionally block, slow down, or charge money for specific online content, and therefore this Game Path stuff is not technically a net neutrality issue. However, Optus, Telstra, and any other company that tries this on is pushing hard up against the boundaries of what net neutrality is aiming to stop ISPs doing.

So, I’m sure Game Path really will work and it will provide an excellent experience for gamers blowing things up in online multiplayer. However, Optus, might I make a suggestion? If you’re really that interested in the customer experience, rather than charging paying customers even more money (and effectively punishing those that don’t), why don’t you try providing a reliable phone connection for those times I need to travel into Sydney? And no, I’m not going to pay $10/month extra for that.

On making a game about life in rural Indonesia