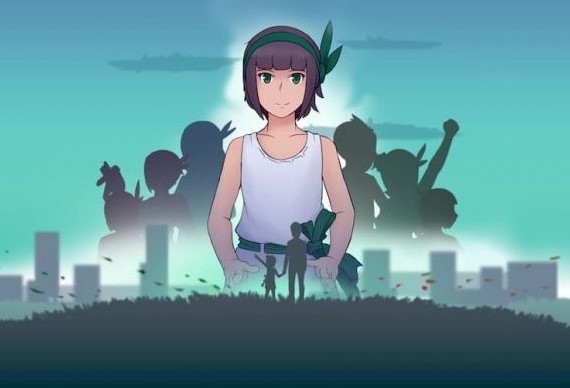 Ciel Fledge doesn’t hide the source of its inspiration: the game wants to be a Princess Maker title in all but name, and largely succeeds at that. Your task is to take a 10 year old girl, and by managing her routines and making the right decisions for her, help her navigate late childhood and early adolescence to eventually enter womanhood happy, healthy, and with a great future ahead of her. Where Ciel Fledge differs from its (highly obscure) source of inspiration is that this game is far more narrative driven.

Related reading: Our review of the Princess Maker available on Nintendo Switch.

Princess Maker itself was very much about emergent storytelling – you’d write little stories in your mind about your daughter’s adventures as she attends classes, meets friends, and starts to acquire talents. Ciel Fledge instead likes to throw little cut scenes at you, and do so frequently. It actually has an intriguing little premise: the world has met catastrophe, and humanity’s remnants live in cities that float high in the sky. Then one day on a surface raid, a survivor finds a little girl. She’s alive, but an enigma, and for reasons she’s dumped on your door, along with the threat that if you don’t do a good job looking after her, there will be grave consequences. 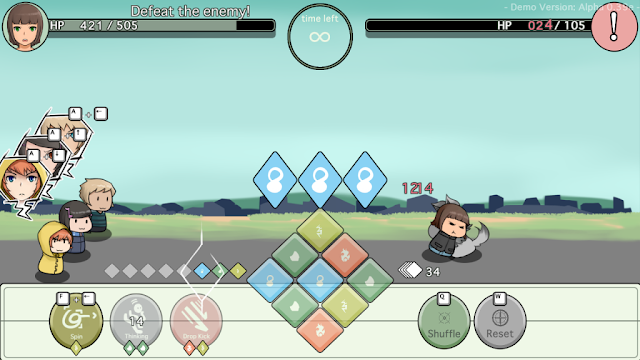 You do all of this by setting down a weekly schedule at the start of each week. Then, as your daughter goes about her week, she’ll frequently meet people or experience events that play out as short visual novel-like dialogue sequences. At other times she’ll have “missions” which can be solved by playing simple little match-3 puzzle games. Then, at the end of the week, you’ll get a summary of how your daughter’s activities have affected her statistics and, as she gets better traits in certain areas she’ll start unlocking new activities that she can undertake.

All of this is very simple… to the point where it becomes quite monotonous. There are a fair few statistics that can be altered, and (eventually) the range of activities becomes quite substantial. But it’s all managed through such a simple little spreadsheet at the start of each week that you’ll find quickly that you’re not really thinking too hard as you play. The story itself is generally intriguing and it’s enough to push through just to experience, but given that you’re managing every single week, across many years of in-game time, I can’t help but wish that there was a little more to the day-to-day to keep my thoughts in the game.

There’s also a general issue with these “people management” games, in that they really struggle to make you care about the people you’re caring for. So frequently with Ciel Fledge I found myself spamming the same activities over and over without any consideration to my daughter as a personality just to arbitrarily raise her statistics to certain points. For an early example, there’s a time-limited task that you have a number of months to prepare for at the start of the game where you need to get the daughter to a certain strength and intelligence score. The only way to get there is to focus all your daughter’s activities on strength and intelligence-building activities, and then once that task is over, you then need to start building up different stats. 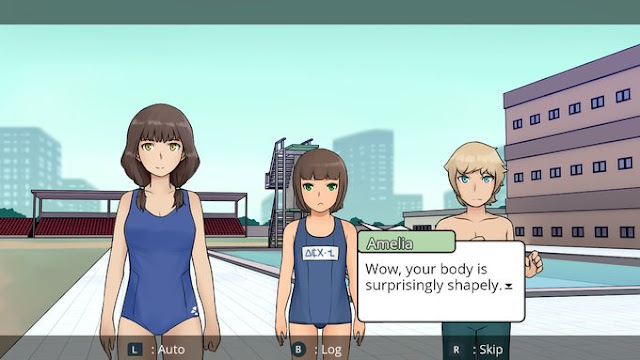 So, while Ciel Fledge has a reasonably robust story, the daughter at the centre of it all is both flat and dull. She doesn’t really have preferences and is as happy doing gym as she is learning to paint… and anyone who thinks that late preteen through teenagers aren’t all-too-happy to tell you just what they think about one activity or another really hasn’t spent much time around children. The general docility of the game’s main character unfortunately marries up with the generally flat nature of the game – in a bid to be open-ended in terms of the destiny that you set your girl on, the game passively sits by and doesn’t really engage with any themes.

With that being said, there is a lot to enjoy about Ciel Fledge. The match-3 combat system is both tense and immensely replayable, especially once you start unlocking additional abilities and get a lot of control over the type of fighter you take into battle. After a couple of hour’s play, you unlock the ability to send your daughter and her friends down to the surface world, where you’ll find both great treasure and fantastic beasts to slay. It’s a bit odd sending 12, 13 year old girls into that kind of danger, but who are we to criticise the cultures of the far distant future?

Finally, Ciel Fledge is presented quite nicely. The music is top-notch catchy stuff, and while at first it looks decidedly amateurish, particularly with the backgrounds during the visual novel segments, over time there’s a definite aesthetic consistency that has its charm. You’ll also get to see your daughter grow up, go through her different fashions and her friends grow with her, too. Before you know it you’ll get to imagine what it’s like to be old and weary (and yet somehow still forking out for your damn kid’s swimming lessons). The joys of parenting. 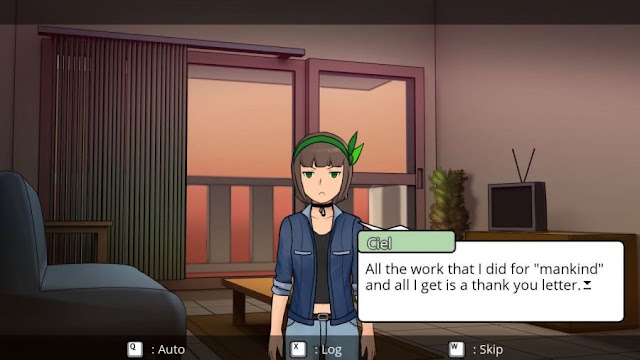 Ciel Fledge could have been more robust… indeed, it really should have been. There’s just not enough substance to go with the charming presentation and concept. However, it’s still one of those things that’s difficult to put down, not least because its gameplay loops and feedback are tight and engaging. Like the daughter you’re tasked to manage, there’s room for this fledgling series to grow, and plenty of potential if it’s managed well.

Developer Q & A: The Minit devs are back with a razor-sharp “disc survival game”