These Danganronpa titles are set to leave the PlayStation Store

In a tweet yesterday, Spike Chunsoft announced that it would take over publishing of the Danganronpa series in the West. The games are already developed by Spike Chunsoft, but NIS America has been in charge of localisation and publishing the title in the West for years now, at least for PS Vita and PlayStation 4 titles. Spike Chunsoft has already been the one to publish all PC ports. Here is the (vague) announcement:

Attention, students: Spike Chunsoft, Inc. will take over publishing for the Danganronpa series. Please look forward to an official statement once details are finalized.

I’d expect these titles to reappear, published by Spike Chunsoft, although I have no idea what timeframe that may be in. The developer/publisher promises to share more information as it becomes available.

The rather adult KukkoroDays is coming to Switch

Originally released on PC in May, developer and publisher Qureate will be releasing KukkoroDays for the Nintendo Switch on August 6. It will be available digitally for $7.99, or 800 yen. English, Japanese, and Chinese (Simplified and Traditional) will be the available languages. Most importantly, the news gives me a good reason to use this screenshot: 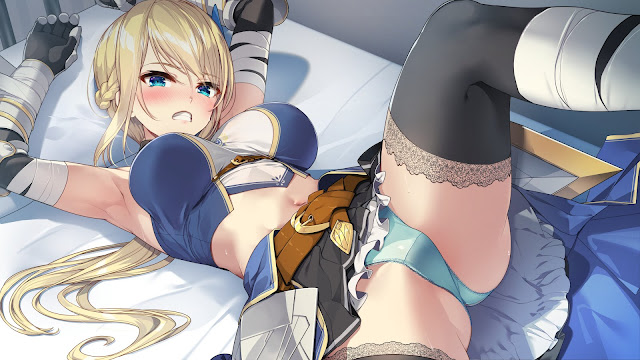 Our male protagonist has rather boring daily life, at least until a magic circle suddenly appears; at its centre, a woman holding a sword materialises. She appears to be injured. Her name is Cattleya, and she is the commander of an order of knights in her world. After suffering serious injury during battle, she appears at the centre of the magic circle. She can’t find a way home, and so her somewhat docile life living with the protagonist begins.

KukkoroDays is described as a love adventure, set in a real city (specifically, Akihabara). There is a special engine to move illustrations and also used for standing pictures. This makes them seem more life-like than if they just stood still. Of course, there are different routes to take and different endings to reach.

I Am Dead set to launch this September

I Am Dead is from developers I’ve been very excited to watch progress on their games: Hollow Ponds and Richard Hogg. This is the team (are the teams?) behind Wilmot’s Warehouse, an extremely well-received puzzle game about storing/finding objects that launched for PC last August and later for consoles. I Am Dead is also a puzzle adventure game, this time about the afterlife. The title will be published by Annapurna Interactive. It will be released simultaneously for PC via Steam and Nintendo Switch sometime in September. Here’s a new gameplay walkthrough from the developers:

The game follows Morris Lupton, a recently-dead museum curator of a tiny island. He is thrilled to be reunited with his now-ghost dog, Sparky, but terrified to learn that the island is about to be completely destroyed. The ghost forms of the human and dog must work together to protect the place they love so dearly. It helps that Morris has a newfound power resembling a supernatural X-Ray that allows him to “see” inside people, revealing their contents and memories.

Morris and Sparky will have to discover Shelmerton’s ancient mysteries (they’re always ancient, mysteries, aren’t they?) and prevent the volcano from erupting. Visiting familiar places and people, they will slowly learn the truth about the town. They’ll even learn about the islands inhabitants and visions, including tourist finches, fishfolk, morlos, and the Aggi who originally silenced the volcano.

Fate/Extella: The Umbral Star (our review here) is said to be the beginning of a new stage of the games, and includes many favourites from past Fate titles including Fate/Stay Night, Fate/Apocrypha, Fate/Grand Order, and Fate Zero. The Holy Grail war has ended, but all is not well. The Master’s Servant has already led an uprising, and someone else is waiting in the shadow for their turn… You’ll play as the Servant, Nero, and she tries to defend her throne. The story is told from three independent perspectives, each from one heroine Servant. Fate/Extella: The Umbral Star is the first action title in the Fate series, and battles take place both on the ground and in mid-air.

As for Fate/Extella Link (our review here), the story is similar. This time a young hero named Charlemagne, a sad knight with a bright smile, leads the charge along with his comrades: Astolfo, Nero (yep, the Nero from above!), Tamamo no Mae, Robin Hood, and more. Fate/Extella Link also features action gameplay, with quick chain and slow heavy attacks available to create impressive combos. Online battles are also available, four-on-four matches with up to seven other players; the online battles feature 16 characters from the game and 10 other Servant from across the universe.

On Olija: A personal creative project of pixels and grand adventure